The Girl Who Twisted Fate's Arm by George Saoulidis

Sons Of Anarchy meets The Girl With The Dragon Tattoo in this coming of age dystopian novel. 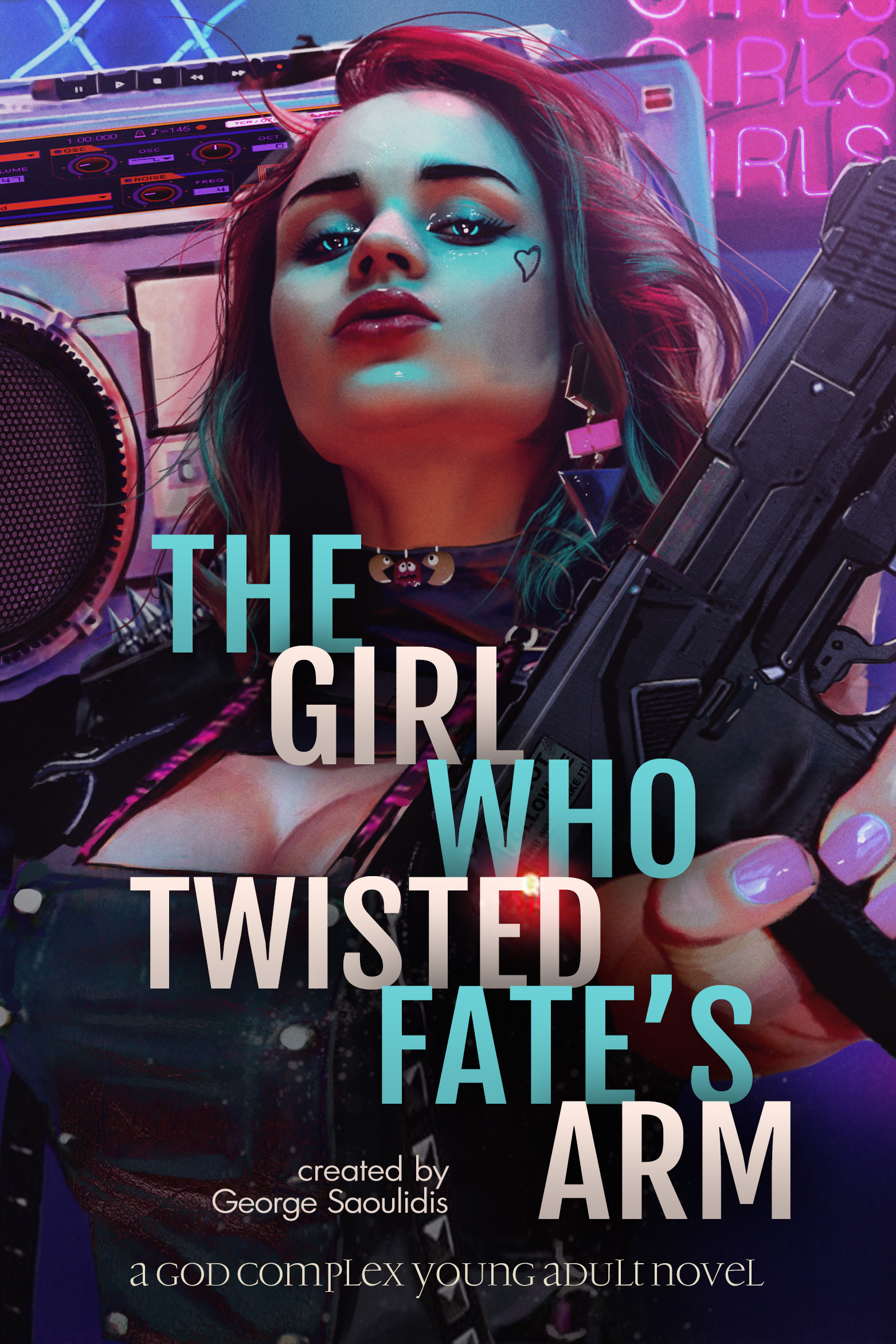 Sons Of Anarchy meets The Girl With The Dragon Tattoo in this coming of age dystopian novel.

When the daughter of Greece's premier singer fails to sing as expected, she finds out about a biker group of women. But will she manage to find the elusive Orosa, the bikers' motovlogger, when all she has to go on are random street-sightings of criminal behaviour, when her family is opposed to her following this path and when her dad's employer wants to keep her as she was for marketing purposes?

Do you want to know what's next for the voiceless Aura? Do you wanna meet the Amazons? Then read this coming of age story in a world where fate is quite literal.


Author George Saoulidis has a 3000 goodreads following, an 10000 twitter following and a 4000 instagram following. The book is short. The reviews are excellent.

As a special characteristic, the books cater well to a bilingual Greek-English target group (but not exclusively), with a population of 3 million in USA, 0,7 million in Australia and another 0,7 in Canada, and finally a 0,4 million in the UK. That untapped demographic of over 4 million Greek multinationals is actively being promoted to by the publisher through internet forums, diaspora groups and publications.


It took her mere seconds to find out who the camerawoman was and mere hours to see all her videos. She had stayed awake all night on her computer and it was nearly dawn. She would be sleepy and practically crawl to the music school in a couple of hours but she didn’t care.

It hadn’t been hard to find someone with a description so wacky as hers. Her name was Orosa. She had a badly built motovlog, which is a video blog, of someone riding a motorbike. Hence, moto-video-blog. Motovlog. She said that out loud a few times and in her stupor it sounded really silly and made her laugh.

Orosa’s motovlog was a rebirth of all the ugly abandoned graphics of the web-pages of the previous generation. Eye-gouging colours, fonts that defied reading and camera-shaken videos, since the take was from a helmet.

But the viewers didn’t care for that stuff. Hundreds of thousands of them, from all over the world, watched and re-watched videos with the Amazon’s feats. In some of them Orosa gave a few comments, in others she just whined about stuff, in most she said nothing. The picture contained everything that needed to be said. There were videos of Amazons smashing cars, videos of them fighting other gangs, videos with bike-stunts and epic fails, videos of them racing other two-wheel enthusiasts in Paraliaki, the seaside avenue, videos of them helping blood-soaked car-accident victims to get to the ER through the traffic.

Aura was already re-watching passionately some of which she’d liked more. Orosa wasn’t participating in any-one of them, she only watched and recorded.