The Girl from Paradise Hill by Susan Lund

Tess returns home to find some surprises in her father's house, that leads her into the investigation of an old crime that was too close for comfort. 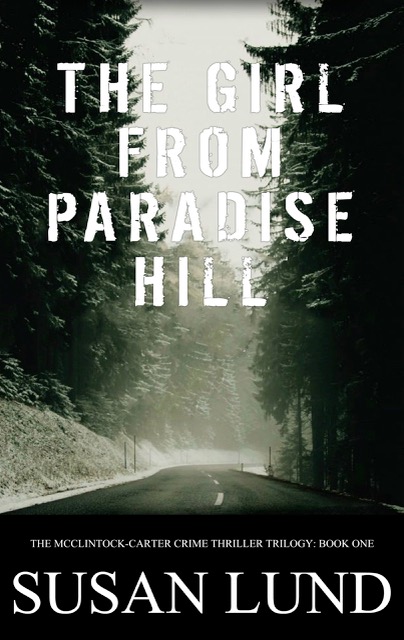 Tess returns home to bury her father but what she finds buried in his attic makes her question everything she thought she knew about the mild-mannered trucker…PARADISE HILL, WASHINGTONThe seemingly idyllic mountain town harbors a dark secret: four young girls have disappeared over a forty-year period. With no crime scenes, no leads and no suspects, the cases have gone cold.Until today.The remains of one missing girl are discovered in a burned-out cabin at a remote campsite, reopening the case and suggesting the worst may be true – a ruthless child killer is operating in Washington State.TESS MCCLINTOCKCrime reporter and amateur cyber-sleuth Tess is obsessed with the cold cases of missing girls in Washington State. As she works to settle her father's estate, she's shaken to her core when she uncovers evidence pointing to his involvement. FBI SPECIAL AGENT MICHAEL CARTEROn leave after solving a particularly heartbreaking case of child abduction and murder for the FBI's Violent Crimes Against Children Task Force, Michael is back in Paradise Hill to recover and visit with family. Despite doctor's orders to stay clear of police work, Michael's drawn back in when Tess asks for his help understanding the secrets found in her father's attic.A RUTHLESS CHILD KILLER Having escaped justice for decades, he's bored and deliberately stirs the pot, revealing the body of one of the dead girls. Despite the fact he's hiding in plain sight, no one suspects that he's really a wolf and not the sheep he pretends to be. He sees Tess and Michael's involvement in the case as a challenge and views Tess as a temptation he can't resist.AN EIGHTEEN-YEAR OLD COLD CASEFor Tess and Michael, the cases are personal: Tess's best friend in public school, Lisa Tate, was one of the missing girls from Paradise Hill. Michael was babysitting the night little Lisa vanished. The guilt they harbor over their role in her disappearance drives them both. Desperate for answers, Tess and Michael join forces to track a killer and uncover the secrets Tess finds in her father's attic. Will the answers bring Tess peace or shatter her?THE GIRL FROM PARADISE HILL is the first book in the McClintock-Carter Crime Thriller Series.


He always loved stirring the pot…

The narrow dirt road circled the lake, taking him past the cemetery at the edge of town.

A cathedral of tall pines sheltered the historic graveyard, with its row up on row of headstones and crosses, some of them so old they were covered in moss. The girls should have been laid to rest there but the bodies weren’t buried with the other dead of Paradise Hill.

They were hidden, the cases cold.

The girl – Melissa with the sad brown eyes and long wavy brown hair — had been missing for three months and the case was now considered cold. They had no leads; they had no suspects. They hadn’t even interviewed him, which made him laugh.

They thought they were so professional, and so smart. They had the killer right under their noses, heck, some of them even drank beer with him on the weekends, but they were just stupid.

There were a few items he needed, but thankfully, he knew where to pick them up so that no one knew he had obtained them. Luckily, there was a very well-stocked storage shed at a cabin north of the lake, and he would have little difficulty getting to his destination and following through with his plans. No one cared about him, no one took note of what he did.

Being unimportant and forgettable was a good thing in his line of work.