The First Door: Episode 1 of The Adventures of Benjamin Crosse by Rain Oxford

An exciting adventure full of magic and comedy 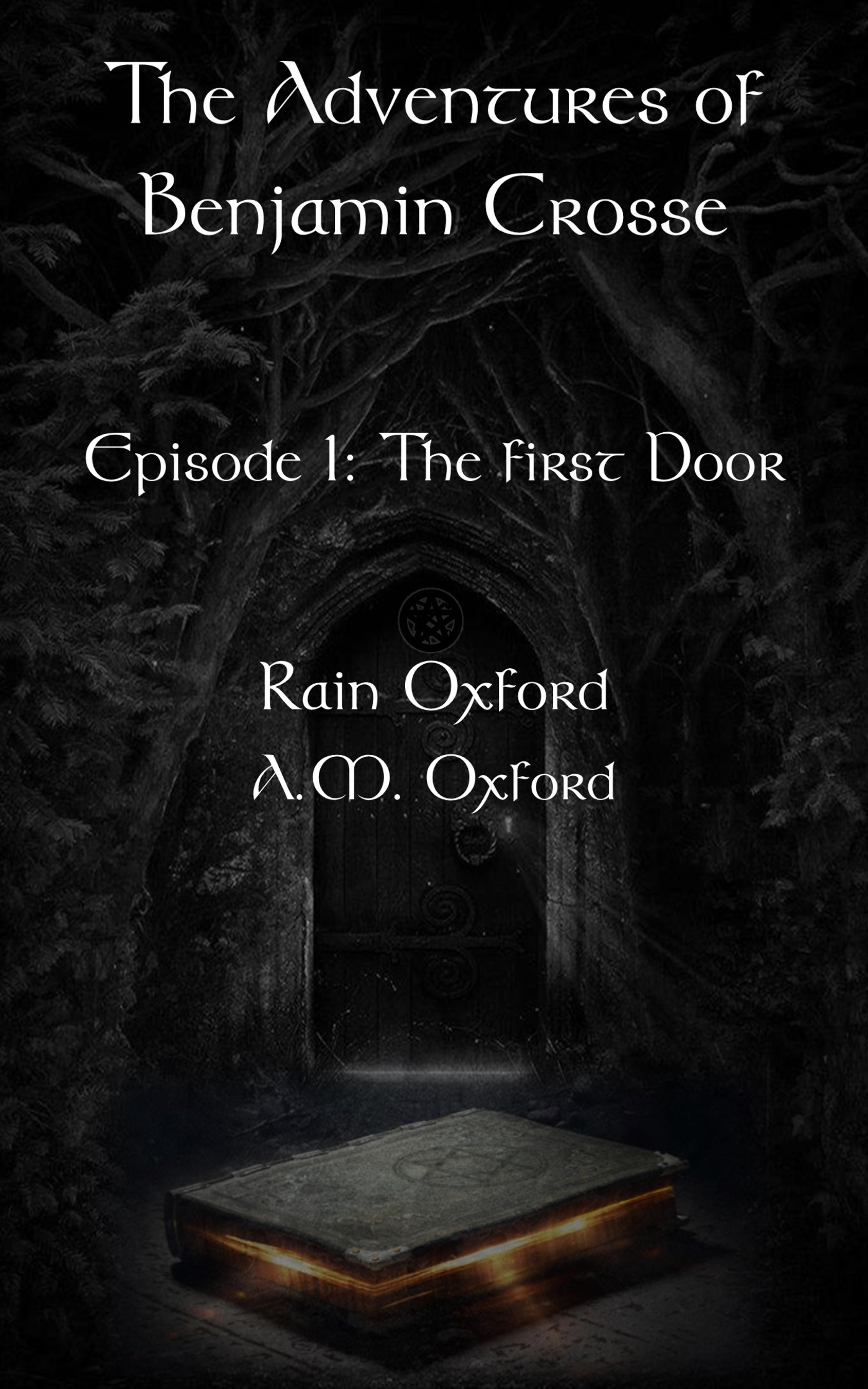 It began with a letter from my uncle. Now I’m lost in a world of magic and monsters and running from an evil witch trying to make me into stew… if my new and unusual friends don’t kill me first. Worst of all, there’s no pizza!

So begins the hilarious misadventures of down-to-earth Benjamin Crosse, who will travel to different worlds and discover what his new destiny entails. This is an ongoing, episodic adventure.


I rented a car at the airport and began following my uncle’s map. It was late in the fall and the New England countryside was shedding the last of its summer coat. Beautiful but depressing in a nostalgic way, if a person can be nostalgic about a place that they have never been.

It was a two hour drive into the northern part of the state to find my uncle’s place, winding over backwoods roads where the branches of the trees often met overhead to create dark tunnels. I found the house just as dusk was settling. I stopped the car and took a long look at my mysterious uncle’s residence.

Picturesque is how one might describe the scene. Spooky and weird would work just as well.

Like something out of a Lovecraft novel, the house was a two story Gothic monster crouched halfway up the hill; the setting sun glittered on the fanlights and small spires. The windows were blank. The backs of my arms and neck prickled. The thing looked like some predatory beast waiting for some unsuspecting prey to pass by. It looked as if it had been waiting for a long time.

I found myself pondering if it was wondering how I would taste.

Not being able to come up with any really substantial reason for retreat, I continued with the alternative; I drove up the gravel drive and parked as close to the house as I could.

A stone path led up to the house from this point, winding through bushes and trees that hid all but the topmost part of the second floor. When I got to the front door, I looked back, but both the road and car were hidden from view. The place was one to warm the back recesses of any hardcore hermit’s heart.

There was a simple but massive brass knocker on the door, and I gave it a try. The sound echoed through the big house. I waited for several minutes, tried it again, waited again, and finally tried it for the third time.