The Fae Academy 1 by Julianne Berokoff

A Gift of Magic

A snarky mage. An arrogant faery. Species aren't supposed to mix, but now they're sharing the same school... 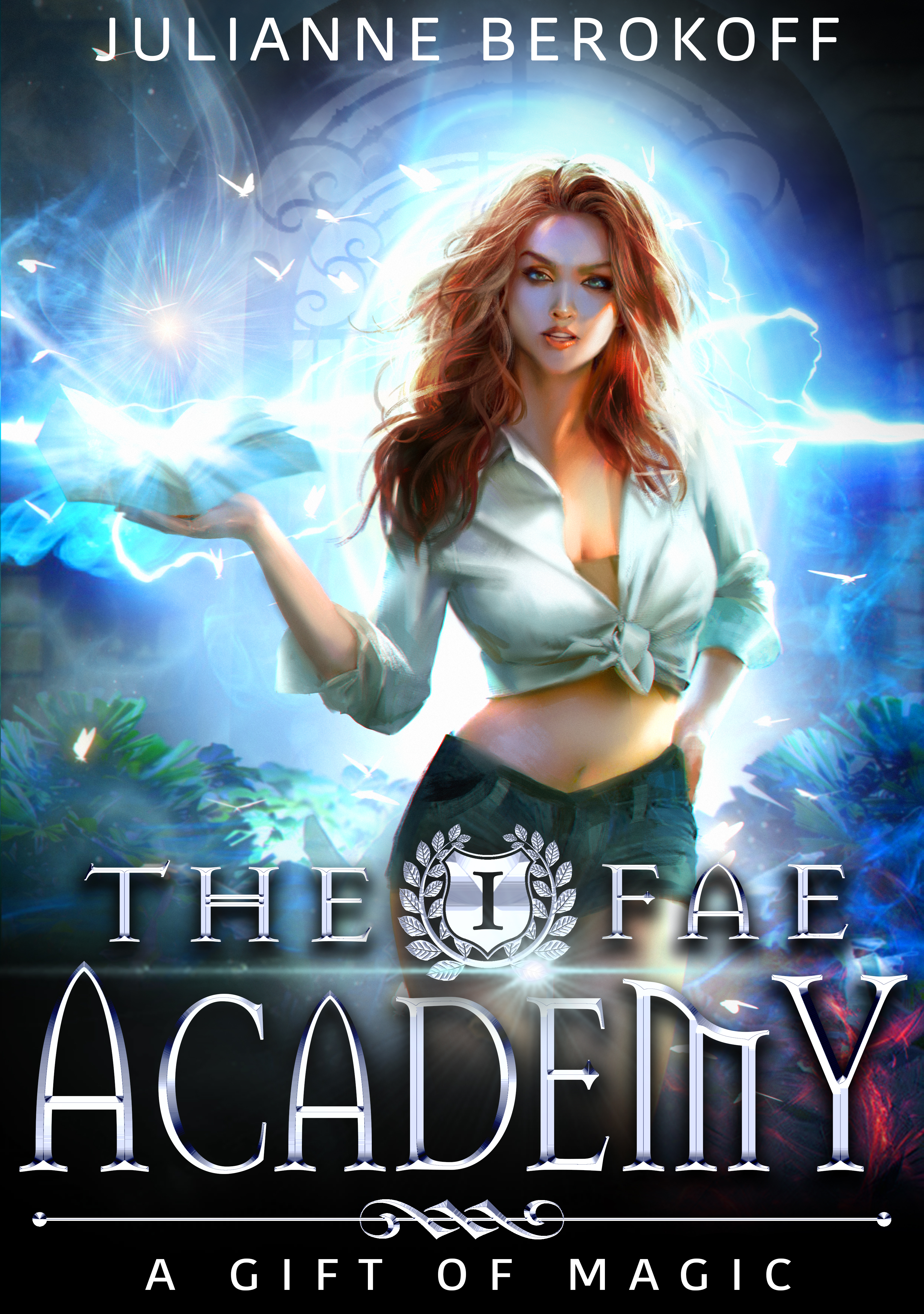 Species aren't supposed to mix, but now they're sharing the same school...

Vienna is sick of her bloodthirsty, throne-stealing parents. So when she's Chosen by an advanced academy she's never heard of, she thanks the gods above. When she realizes the school isn't supposed to exist, and that it's in fae territory...

Tavi is oath-sworn to keep his powers secret. And for most of his life, he's done so.

But once the Carthian Princess invades his world, the walls he's built so high begin to crumble.

Vienna is reckless, and trouble clings to her like perfume. No sooner does she arrive at the Fae Academy than a cloud of darkness threatens to sweep them all away.

If not for her stubborn spirit, battle skills, and a group of powerful new friends, she wouldn't stand a chance.

This is Book 1 of a complete series (trilogy). This story is full of friendship, epic adventure, and the trials of finding your true self - a slow-burn enemies-to-lovers academy fantasy for young adult & new adult readers. Includes some adult language and intimate scenes later on in the series.


The Fae Academy is published by my fiance and business partner Julianne Berokoff. We both run Mad Hag books, a fledgling publishing company.

The book launched in December 2019 and did well for a new author in the Urban Fantasy/Academy sub genre. It reached up to 8000 rank on Kindle, but more impressively, has kept a rank from 10-25k in kindle store for over 9 months!

The second and third book obviously helped with sales as did the recovering. The new cover is much more market appealing.

With the help of Facebook promotions and AMS/FB ads, the book has made around 4000 USD, with books 2 and 3 making a little less on their own.


A year ago, this room was filled with dead bodies.

I twirl a small dagger in my hand and fling it smoothly into the wall. Three more follow and sink right below each other. I regard my work with some pride. That was a straighter line than before.

Mom’s irritation clogs the air, but she could deal with it. If she didn’t want me throwing daggers, she should have come to my apartment. Besides, they all know how much I hate this room. This entire palace.

I’m standing in the highest room of the tallest building in New York. The Citadel’s Grand Chamber is reserved only for close officials of the Carthian Mage royal family.

And by the gods, it is beautiful up here. Pearly walls. Gleaming marble. Floor-to-ceiling windows that display the Hudson glittering in the sun and black clouds gathering just beyond the city.

The humans trail like ants in the streets below. But none glance at the beautiful Citadel. In fact, none seem to even realize the Citadel is here.

Thank the gods for magic.

“You’re going to Jiya Academy. I can feel it.” Mom paces with a giddy expression and a gleaming golden crown on her brow. Then a frown settles over her delicate features. She stalks over to the portrait of the Lady of Fire, one of our four gods, and straightens it on the wall.

I try to smile, but it materializes as a grimace. Can’t the clock strike noon already?

The only reason I find myself in this despicable building is because of Jiya. Located only miles from the Citadel, Jiya Academy is the highest ranking of all magical institutions.

I’d eat gum off of subway concrete before I’d willingly enroll in Jiya, but this is something I can’t control.