The Endless City by Nicola Vallera

A man trapped in an endless city. A man fighting against everybody and everything to find out the megalopolis truth. Who are those people trying to stop him? A long journey to discover what life is. Will he finally succeed? 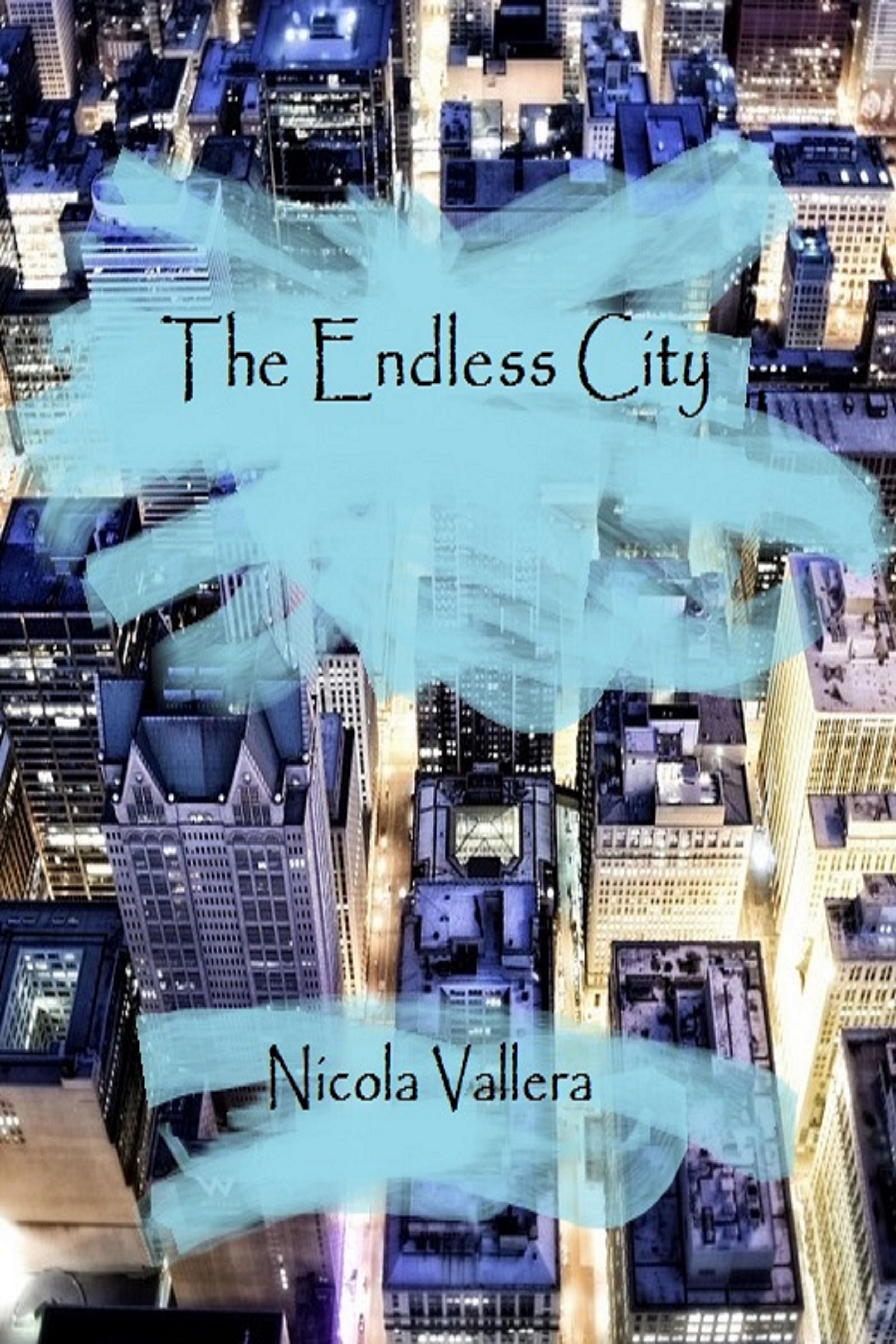 Jack Taylor is an ordinary man living in a big city that is so big that its inhabitants do not know where it ends up. As a matter of fact, the metropolitan area is thought to be endless. This town is similar to the real cities except for its size and the lack of certain modern technological amenities, such as computers, and cell phones. Jack’s society looks like a different one in a different dimension where people have developed only a part of the existing technology.
Such a big metropolis brings many downturns such as stress, sadness, loneliness and, worst of all, cannibalism. More and more people turn themselves into cannibals, and movements are aiming to legalize this practice by killing older adults to feed younger generations.
Jack has a hard life and an unrewarding job and, when he loses it, he feels miserable and lost. Without any relatives or friends, he decides to discover where the megacity ends up to find out the truth. The main character is looking for the pure pleasure of adventure, discovery, and travel, plus the persistent curiosity about the meaning of life. His idea is to move from district to district finding a new job after every trip but, he soon realizes that it is an utterly arduous task.
One day, in an ordinary neighborhood, Jack gets robbed. He is feeling desperate and keeps wandering reaching a place where he witnesses a shooting between police and some bandits, find a gun on the floor maybe belonging to the villains, and takes it. As Jack has accumulated much anger against his society blaming it of all his frustrations, failures, and to have reduced him to be homeless, he decides to keep that weapon and use it to rob people.
In the beginning, Jack is reluctant, but then he starts familiarizing with what has become his new illegal profession, mugging people at night. Not only this criminal behavior allows him to earn much money, but it also gives him the chance to move from place to place looking for the elusive megalopolis boundaries but, wherever he goes, he finds a new metropolitan jungle that seems to be infinite.
Jack’s journey is full of mysteries. Strange people, who appear to know everything about him, trying to stop him, others resembling one another, and a few of them confusing Jack with someone else. Finally, a professor talks about some strange mathematical repetitive patterns that seem to characterize Jack’s world. He finds hard to make sense to all those weird happenings and, the only thing he wants is reaching his goal.
During his difficult traveling, he meets a woman who thrives doing his same job. They become friends and keep traveling together until Jack loses her because some cannibals eat her. Continuing his trip, Jack gets arrested and, thanks to a friend inmate, escapes from prison.
He can finally continue his dangerous adventure that will lead him to find out the truth.


There are huge cities out there. Some of them are so huge that its inhabitants don’t distinguish what is natural from artificial anymore. However, one metropolis is so big that you might bet it is endless and, maybe, that town is worth a tale. While most of the people comply with rules in such a large metropolitan universe, just a few human beings ask themselves what to expect beyond that megacity and, only a tiny minority of them, adventure themselves to answer this question.

On an ordinary day, in an ugly metro station, the clock was sticking 8 pm while a train approached the platform. Whoosh! Its doors opened, and three passengers left the vehicle from the central wagon, one man, and two women. One woman was slim, well dressed and looked snob. She walked fast, and her pace seemed to say: “Hey, don’t you see? I’m important! Out of my way!” The second woman looked more humble and older. She didn’t move so fast due to her heavy weight, and she looked sad. As soon as those two people had left the overground station, a man was the only one left in the dusty platform. He walked as if nothing was important to him, went down the metallic stairs holding his black coat collar because it was a cold day, and took a street without paying too much attention to the world around him. The sky was cloudy, and the nasty cold wind continued blowing cynically.