The Devil's Bed by Doug Lamoreux

What awaits Brandy in The Devil's Bed? 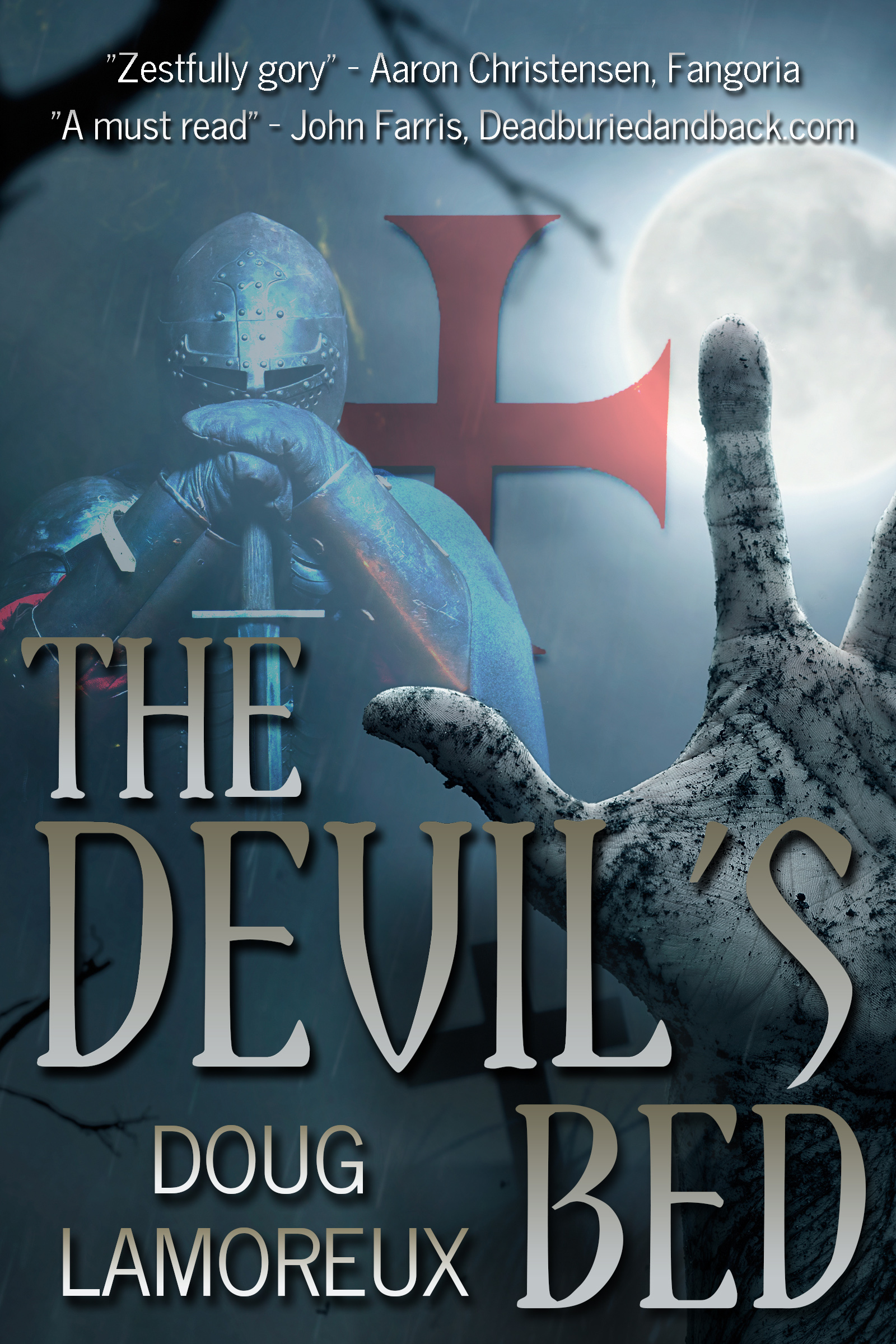 What awaits Brandy in The Devil's Bed?

While touring a ruined castle in southern France, Brandy Petracus is led to the unhallowed graveyard of Templar Knights executed for practicing Black Magic. Long forgotten by the world, this ancient cemetery is known to the locals as the Devil's Bed, and its occupants do not rest in peace.

In this fast-paced clash of good vs. evil, Brandy soon finds herself the leader of an eclectic group besieged by resurrected Templar knights - craving their blood. Vampirism, madness, dark humor and flashbacks to 14th century Paris tell Brandy's story of commitment, trust and sacrifice, as she is forced to hole up in an ancient chapel with her friends and fight for survival.

Even then, the Devil's Bed has yet to surrender all of its secrets.


“And now, messieurs et mesdames,” the tour guide said, “we pass through the centerpiece of the most terrifying legend in all of France and one of the world's most horrifying stories.”

Brandy had been waiting for this for over an hour. And, as it had been a long time coming, she intended to enjoy it.

As for the others in the group, the guide's speech was having its effect. With the mood established by the remnants of the ruined castle, looming behind him and above them, and the additional gloom cast by the forlorn chapel on the opposite side of the courtyard, they were of a mind to be horrified.

“From this spot,” he continued, “the Templar knights set out on horseback. Rich and greedy for more, bloodthirsty, hated and feared. They raided the countryside, stealing, murdering, then returned with their captives. Oui, the Templar's sacrificed virgins to the Lord of the Flies, here, at the insanely named Château de la liberté. Castle Freedom; the castle of death.”

Her elation was because they were well into the tour and, until that point, the guide's schtick had all the horror flourishes yet sadly lacked emotion. His flat delivery was spoiling the show. Brandy was neither weird nor ghoulish. She recognized hopping from one European graveyard to another was not the vacation most would choose. But they weren't writing a Master's degree thesis entitled 'Burial Practices Around the World and What They Mean to Life' and she was. So, despite the gorgeous autumn weather in the green, rock-strewn hills of the Languedoc-Roussillon region of the south of France, amid this group of tourists clothed in their own explosions of color, Brandy followed, notebook open, pen at the ready, eager to collect facts about… the dead.