The Darcys of Derbyshire by Abigail Reynolds 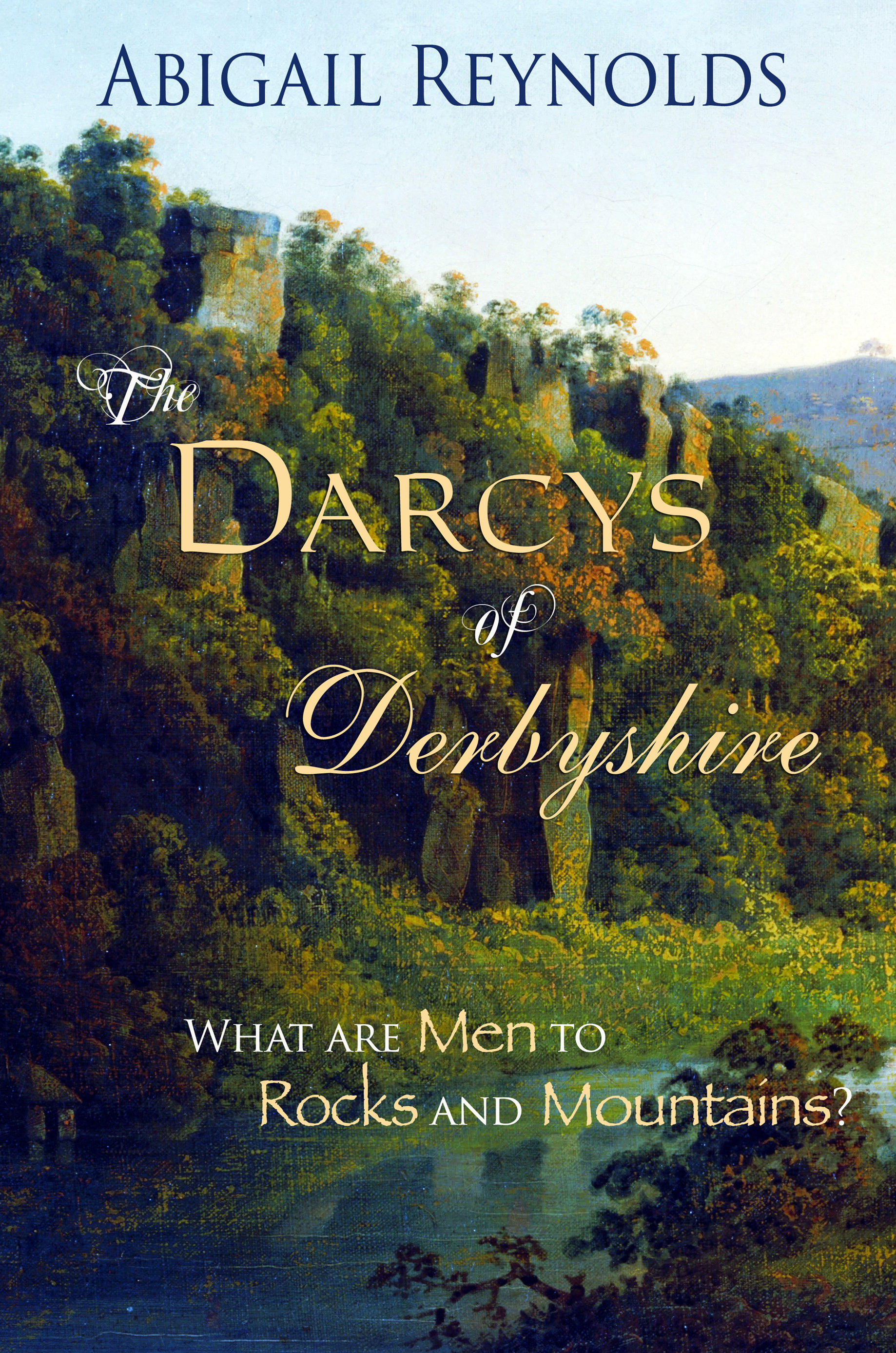 Elizabeth Bennet longs to see the view from the famous Black Rocks in Derbyshire, but her aunt and uncle refuse to allow her to climb to the highest rock outcroppings alone. Elizabeth's distress is only worsened by a chance encounter with Mr. Darcy -- at least until he offers to escort her to the top. But unbeknownst to her, the Black Rocks have a very special meaning for him. As Darcy tells her the tale of his parents' courtship and marriage, Elizabeth, like Darcy's mother before her, is forced to confront the true power of family and destiny atop the Black Rocks.


“Absolutely not, Lizzy!” Mr. Gardiner crossed his arms over his chest, as unyielding as the gritstone escarpment that rose behind him.

“Oh, very well,” Elizabeth said. “I still believe it would be perfectly safe. Look at that gentleman atop the highest tor – he seems perfectly at ease, and he would not have climbed there in fashionable clothing if it were a difficult ascent.”

As she watched, the tall gentleman in the distance reached into the empty air in front of him. Was he releasing something? The distance was such it was impossible to make out if anything left his hand. He held his arm outstretched for a minute more, then slowly lowered it. After standing there a short while longer, he disappeared behind the rock outcropping.

Mrs. Gardiner spread the blanket for their picnic. “I know you would like to climb it, Lizzy, but we simply cannot let you go up there alone. I do not have the strength for such an effort, and it would be unfair to ask your uncle to do so, given how much he dislikes heights. It is enough of a privilege to see the amazing shapes nature has created from these rocks, and we shall enjoy the view over the valley as we eat.”

It would be the height of ungraciousness to criticize her aunt and uncle’s decision. After all, they had been generous enough to invite her to join them on this journey to Derbyshire. It was her business to be satisfied with whatever they offered, or at least to behave as if she were content, so she helped her aunt to set out the cold meats and pastries they had brought with them. If she looked longingly at the rock pinnacle from time to time, she managed to say nothing further about it, restricting her comments to the striking view of the valley.