The Crusades and the Soldiers of the Cross by Michael Rank

10 short biographies of the most important fighters in the Crusades 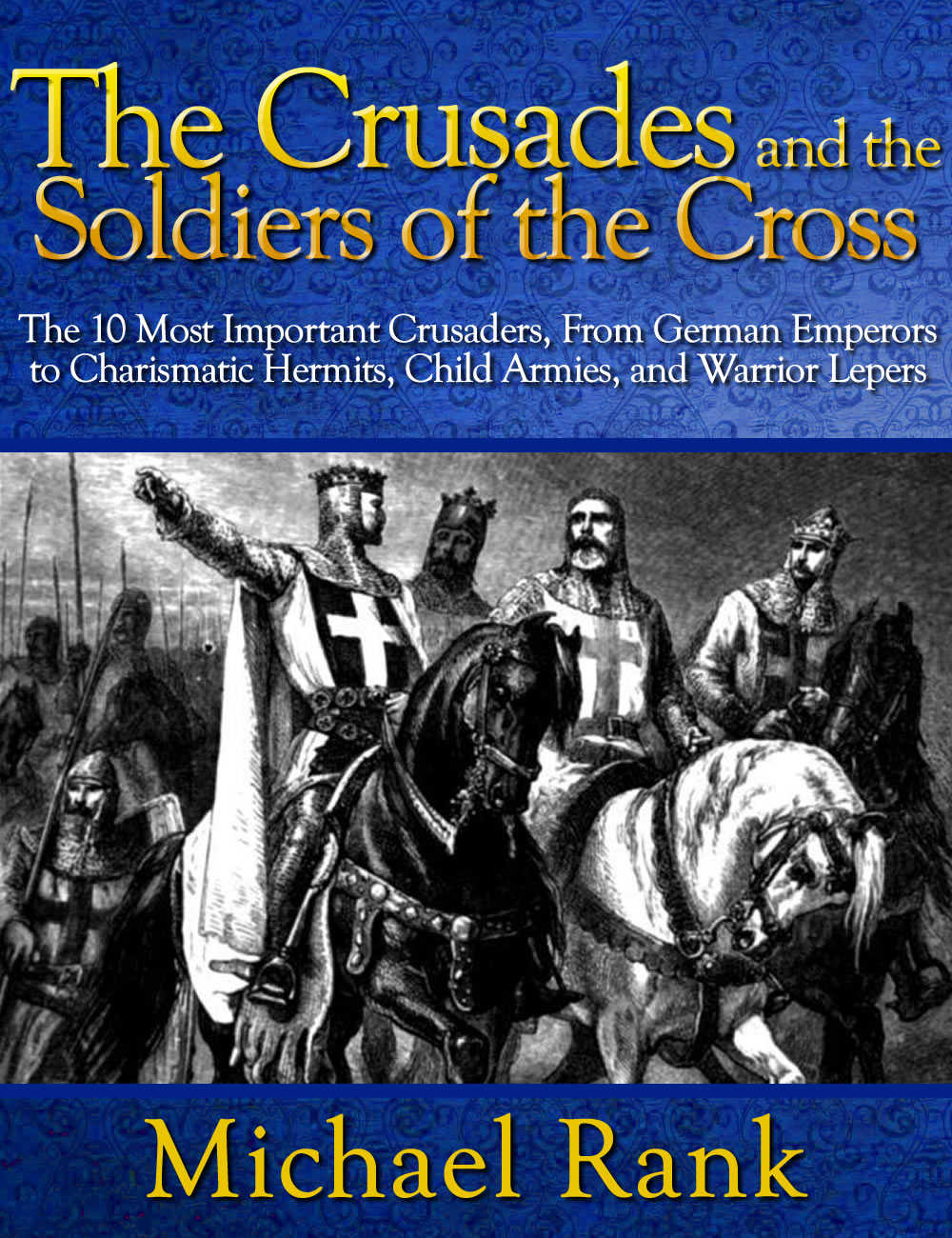 'The Crusades and the Soldiers of the Cross' is an exciting new book by best-selling author and historian Michael Rank about the quest to retake the Holy Land. It looks at the lives and times of the 10 most important people in one of the most interesting times in history, covering 1095 to 1212.

Whether it is Peter the Hermit raising an army of 100,000 peasants to fight in the Crusades in the Holy Land with nothing but pitchforks or Baldwin IV personally leading his forces against Saladin despite having terminal leprosy, these larger-than-life figures were compelled to forsake their vast land holdings while embarking on a dangerous adventure against a superior enemy.

This book will look at the reasons for these 10 figures joining the Crusades. Perhaps it was for glory in battle, as was the case for Richard the Lionheart. For others it was simple curiosity, such as Eleanor of Aquitaine, who added dramatic panache to the whole affair and brought along 300 female servants donned in decorative armor and carrying lances while on the march to Jerusalem. For many it was a simple faith conviction, such as the thousands of child crusades, who legend has it marched to the Mediterranean sea and expected it to open for them as the Red Sea had done for Moses.

Whatever their background, these 10 participants in the Crusades demonstrate that a person willing to brave the enormously dangerous journey -- traveling to to a different continent over land no less -- had a personality fitting for the fascinating time in which they lived.


This book has sold consistently well over the last 18 months, peaking at 2,000 in the Amazon Kindle Rankings.

The Hero of the Battlefield and Absentee King of England

Richard Coeur de Lion – the Lionheart – earned his moniker for his bravery in battle. He couldn't have fit the profile for a king better than if he had been sent from Hollywood central casting. Kate Norgate describes him as a man over six foot in height with a shock of red-yellow hair, high cheekbones, and a small firm mouth. His “noble head was placed on a thick sturdy neck. The Lion-Heart was handsome, and had a charm that won men from any origin over to his side. He had a shapely frame, with well-proportioned limbs. No arm was better adapted than his for drawing a sword, nor more powerful to strike with it.”

As a result of his larger-than-life status in English myth, numerous fables speak of his heroic deeds. Perhaps the most fantastic is a most-likely fictional account of how he earned the sobriquet “Lionheart.” According to John Gillingham, while he was being held in captivity by King Modred of Almain, Richard fell in love with his daughter, Margery, and she in turn with him. After a week of sordid love affairs in the jail, they were caught together. Modred wanted Richard to be killed on the spot, but his advisers warned against killing such a mighty king, so they organized an “accident.” A lion kept by Modred was starved for several days, before it was allowed to 'escape' into Richard's cell. Margery learned of the plan and warned the English king. When the lion sprang into his prison, Richard smashed his fist into the lion's chest. The lion roared with defiance, and the English king "...simply thrust his hand down the lion's throat and tore his heart out." Richard then strode out of the cell, unchallenged, with the lion's heart clasped in his fist.