The Contrivance by Asher Lewis Stam

An enthralling novel full of mystery that takes place in both the 17th century Scotland and the future by a medical school graduate. 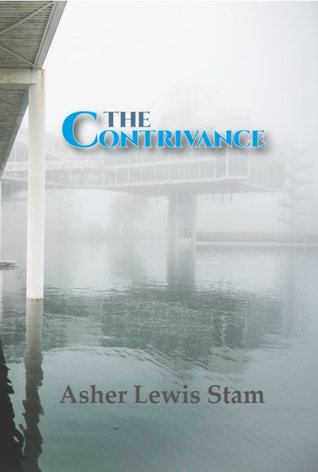 Perceive the lives of people during the turbulent eighteenth century Scotland, where a family man is given a unique opportunity. Will his conscience allow him to make sacrifices that will ensure future prosperity for Scotland and his family?

Another part of the story takes place in the near future where the world has been brought together into an ultra organised collective system, including health organisations. Follow a medical school graduate on his journey of discovery, dismay and hope.

The readers are left to ask: How much power is too much power? Who can we trust? And is there enough being done to prevent the threat from becoming a reality?


(Excerpt) It was at that moment of deep reflection on the mission in Speyside that the sound of horses grew louder and stopped just outside the inn. A man in English uniform and a tough looking English soldier carrying a sword entered the inn and saw Colonel Sharpe. The one stood to guard at the entrance and the other approached the Colonel and greeted him.

‘Message for you from London, sir. His Majesty, King George, has given his approval to the proposition.’ He handed him a roll of paper with the King’s secretary’s signature on it.

The Colonel read it and grunted. He threw the paper into the fire and watched it glow.

‘Be careful Colonel! Orders are orders,’ exclaimed the messenger.

The colonel knew the seriousness of the order but still shook his head in disapproval. ‘We haven’t had enough time here, in my opinion, but don’t tell them that. But of course, we shall obey the orders anyhow. Tell them we will redirect our attention to the Highlands.’

‘Certainly sir. A wise decision, if I may say so myself,' said the messenger and left the inn together with his personal bodyguard.

Colonel felt personally offended. Whoever this Parliament consisted of, be it noble aristocrats, wealthy excellencies or young enthusiastic politicians, they should not interfere with military operations. Just when I am about to come up with a plan to reveal the smuggling of this uncharted whiskey, they decide to move us on to yet another vast area of Scotland, he thought. It is disgusting!

The next morning was equally cold but the mist had subsided and had been replaced by the round orange sun.