The Comeback by Joe Corso

An Inspiring Book of Courage and Determination 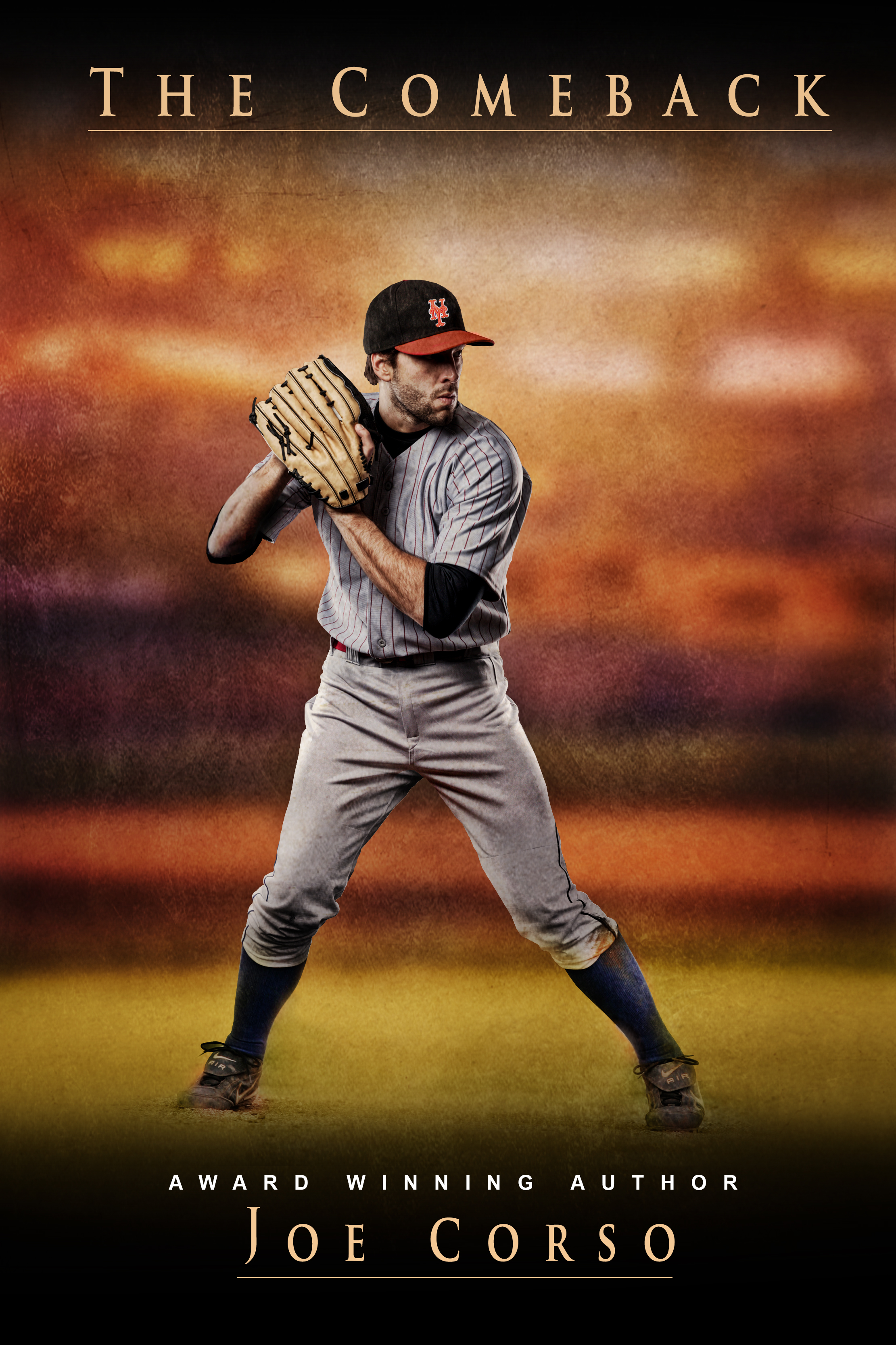 He's one of the best pitchers in baseball, but he suddenly finds that his best is no longer good enough.

After pitching a perfect game last year, Billy Wagner retired from baseball, but the Mets lured him back by offering him a fortune to pitch for one more season hoping he'd lead them to the World Series. Billy wants to finish this season on a high note - but something he didn't expect may prevent that from happening.

This is a story of friendship and courage, and the realization that when you lost something you once took for granted, you can still reach deep down inside of yourself and find something greater to replace it with.


This book is a baseball short story which I thoroughly enjoyed writing.


A week into his Tuscan vacation, Billy was sitting at a table reading and enjoying a cappuccino under an umbrella outside of the Osteria del Borgo, when his iPhone rang, jarring him out of his reverie. It was his agent, Mark Solloman. Recognizing his name on the caller ID, Billy answered, “What’s up, Mark?”

“Billy, I’m glad I got you. I need you to come to New York for a meeting. I got a call from Fred Wilson, the Chairman of the New York Mets. He asked if you and I could attend a meeting with him and his staff early next week. I don’t know what this was about, but if he called, I figured it must be important. I told them that if I could reach you, we’d see him on Monday morning. After I hung up with him, I called my buddy Buzz Schuller, their scout. He told me, off the record, that at the meeting, they’re gonna try to get you to come back to pitch for one more season, and again, this is off the record. Buzz told me that to entice you to return for one more year, they’re willing to pay you twenty-five million. This is serious money, Billy - and my advice to you is...take it.”

Billy was silent for a minute, and then, in a soft, unconvincing voice, he said, “Do you really think they’ll offer me that much money for another year?”

“Buzz and I go back a long time and he would never bullshit me. I don’t think he was supposed to let on about the money, so yeah! I think they’re desperate for a pennant this year and they want you as the fifth starter, you know - their ace in the hole.”