The Bible True, Relevant or a Fairy Tale? by Robert J. Cottle

The Bible is constantly condemned as outdated, legalistic and irrelevant, yet it’s widely owned and cherished worldwide. 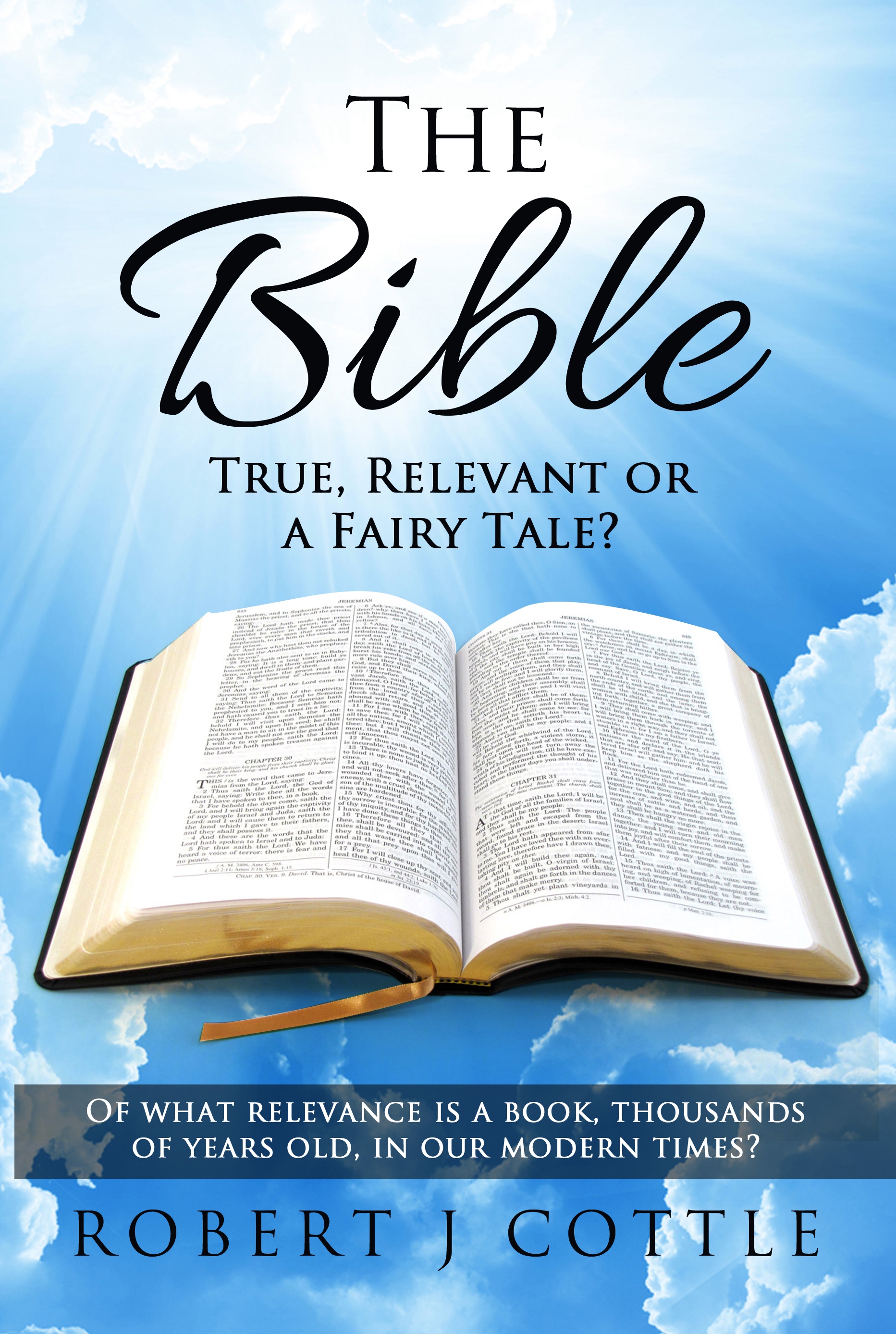 The Bible is constantly condemned as outdated, legalistic and irrelevant, yet it’s widely owned and cherished worldwide. Despite ownership it often lies unread and scarcely believed, even by Christians. The reason – it’s not accepted as the infallible word of God, but worse many reject it as fictitious and immaterial.

This book directly addresses the truth and relevance of the Bible and questions issues such as:

• Was there really a talking snake in the Garden of Eden?

• How could Moses possibly write a factual account of creation 2,500 years after the event?

• Are abortion and homosexuality ok?

• Are Heaven and Hell real places?

• Are God and Allah the same God?

• What is the Trinity?

Paul tells Timothy; “all scripture is God breathed” and in Genesis we read; “God breathed into his nostrils the breath of life, and the man became a living being”. If the followers of Jesus inhale the God breathed scriptures their souls will truly abound with life. This book sets out to inspire Christians to believe God at his word.


This book is selling good.


“What is truth?” That's the question Pontus Pilate asked Jesus the same day he ordered his crucifixion. You can almost hear his words breaking off to ponderous thought. Perhaps for the first time in his life, Pontus Pilate paused to consider what truth actually was. This is a man who at the time was Prefect of the Roman province of Judaea serving under Emperor Tiberius and as such was granted the power of supreme judge. He had the sole authority to determine a criminal’s fate and had likely passed numerous judgements involving lengthy prison sentences or the Roman favourite, crucifixion. Yet, amazingly here he was trying to figure out what truth actually is. Sounds ridiculous doesn’t it? Fortunately today with much better education, we all fully understand what “truth” is, - don’t we?

The Merriam-Webster's Learner's Dictionary gives the simple definition of truth as: 1

The real facts about something: the things that are true.
The quality or state of being true.
A statement or idea that is true or accepted as true.

The standout word in those definitions is the word “true” – the real facts. Things are either true or false; it is a binary term. There is no such thing as half-truths or white lies; despite the fact they’re common in our vocabulary. The meaning of “I am ok,” most will understand, often has little actual truth in it. Merely saying something doesn't make it true.

Based on a Nazi fundamental, one of Hitler’s cronies, Joseph Goebbels, is reported to have infamously said 2 “If you tell a lie big enough and keep repeating it, people will eventually come to believe it.”