The Awakening by Rain Oxford 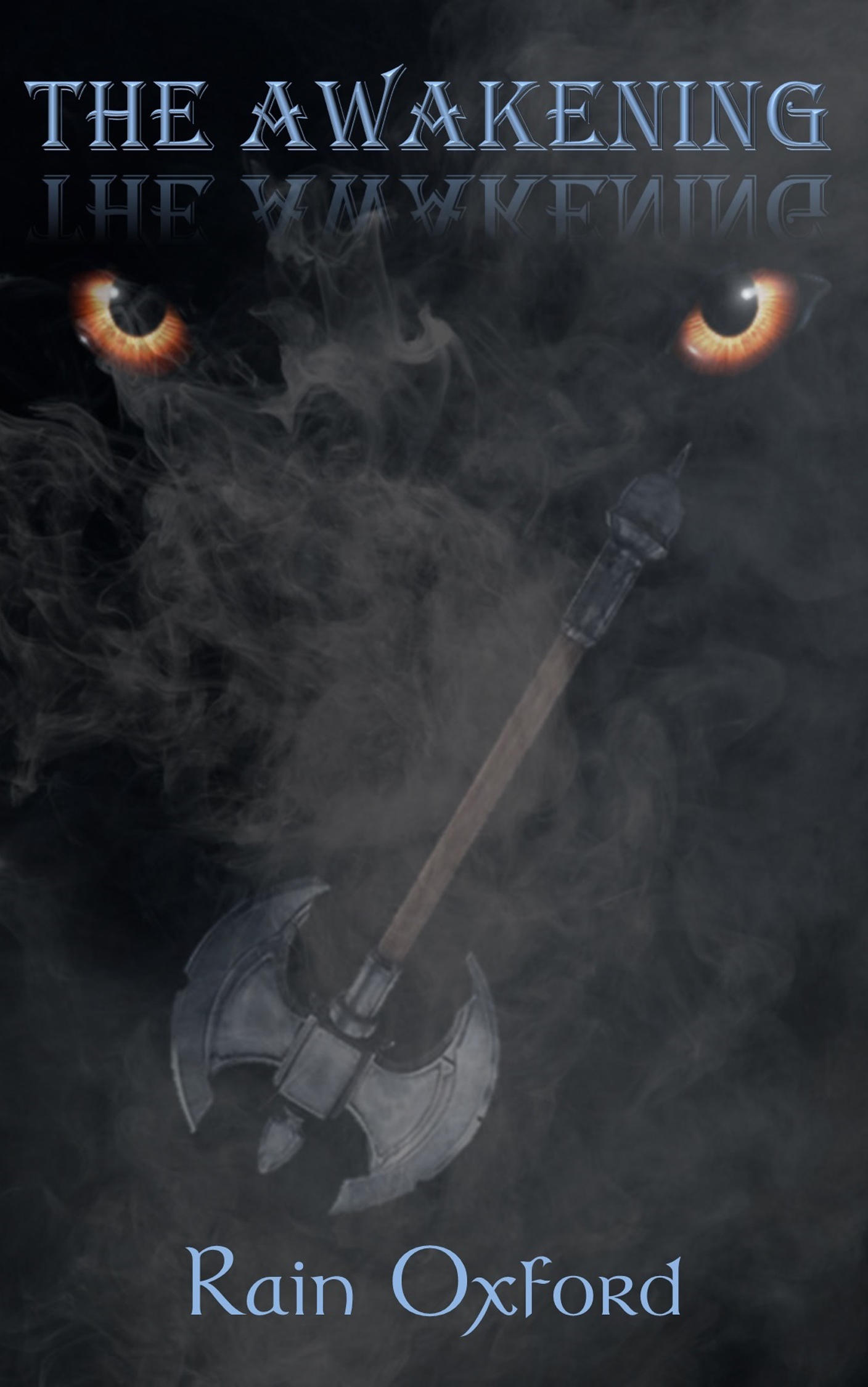 Derek, a lonely man on a journey to nowhere, makes a quick stop in the little town of Cider Springs. Before he can get back on the road, ancient forces awaken and he is swept up in a series of events set in motion eons before. When townspeople start dying, Derek must shoulder a destiny he knew nothing about, and face a vast, timeless evil.


“My Lord?” The young soldier’s eyes were filled with pain and concern, not for his own wounds, but for those of his master. There was little doubt that his lord’s wounds were mortal, for the enemy’s sword had bitten through the leather and iron tunic and deep into his vitals. The heavy chest was swathed in makeshift bandages and grew bloodier with each labored breath. The lord raised his shaggy head, a grim smile twisting the corners of his mouth.

“It is a battle won at great cost.” The warlord’s eyes wandered over the jagged, barren hills where many of his men lay dead or dying, and he felt a pain in his chest much greater than any weapon could inflict. For his men, his friends, to die here! Here, in this hostile land so far from home. His grey eyes were hard and grim as he turned back to the young soldier. “Does their bastard leader still live?”

“Bring him here to me. I will speak to this beast before he dies.”

The soldier hurried away, leaving him to find meager comfort sitting on the sun baked rocks. He resisted the temptation to lay down, knowing that he would never rise. Nevertheless, he must have slept for a moment, because he awoke to the voice and gentle touch of the same young soldier.

“My Lord, we have brought him as you ordered.”

The warlord cleared his vision and looked into the face of his enemy. It was a cruel, sneering face, riddled with the embodiment of evil, so malignant and twisted that nothing human remained. Slowly, under the contemptuous eyes of his conquerors, the expression of defiance dissolved into one of fear and hatred.