The Apothecary's Assistant by Sandra Sookoo

When destiny calls, you can run, or stand and fight for what you’ve always wanted. Either way you’ll have no choice but to change. 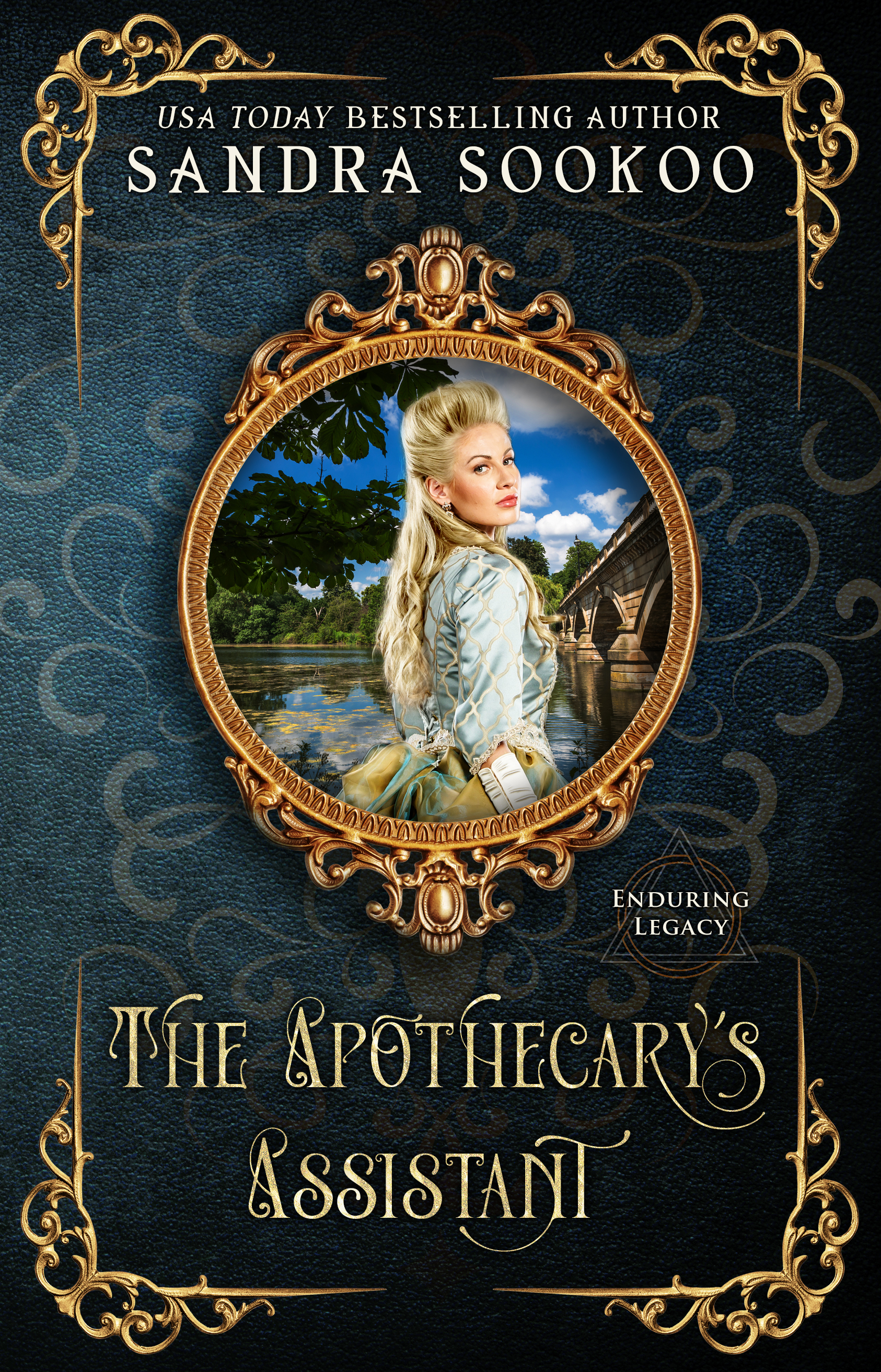 Mrs. Ava Southerly, apothecary assistant and widow, lives in fear. She’s become an expert at hiding to keep second sight visions at bay. In the year 1885, such things as witches surely don’t exist anymore, regardless of her ancestry. If she doesn’t emotionally engage her heart, those otherworldly powers will stay dormant and the people she cares for won’t be hurt, but she longs for acceptance and romance.

Douglas Wallace, an American doctor and descendant of a Scottish witch hunter, is in London to deliver a series of lectures on new medical advancements and techniques. As he meets the passing glance of a blonde beauty in a restaurant window, he’s compelled to follow her, as if their lives are linked on a supernatural level. Though he believes in logic and the evidence of his own eyes, spending time in Ava’s company shows him how wrong his thinking is.

When a three-hundred-year-old evil spirit possesses Douglas in an effort to kill Ava due to her witch status, she and the doctor must find a way to thwart the threat from beyond the grave despite personal peril. As their relationship evolves into something deep and abiding, they’ll discover just how powerful a force love truly is.


Witch. She’s a witch. Do not trust her.

Quickly, he glanced about the private box, but there was no one here that could have uttered that suggestion. Scraps of memories from his childhood scratched through his mind of relatives telling tales of his ancestors hunting witches long ago.

Douglas returned his full attention to the woman before him. He had to lean into her to catch the barely whispered words. “Beg pardon, ma’am, but I would have remembered such a meeting.” Her hand in his trembled. “Are you feeling all right, Mrs. Southerly? Is there an address where I can find your husband to care for you?” Even though she was remarkable and wouldn’t leave his mind, he would do everything in his power to see her safe with her spouse. There was something about this woman that would leave an indelible impression.

And her path and mine are not nearly done being crossed.

The woman’s eyes went vacant, but her grip was death-like strong. “I cannot… We cannot… be here. Together.” The trembling grew more violent and transferred to her whole body before she slumped toward the floor.