The $20 Note by David Fuentes 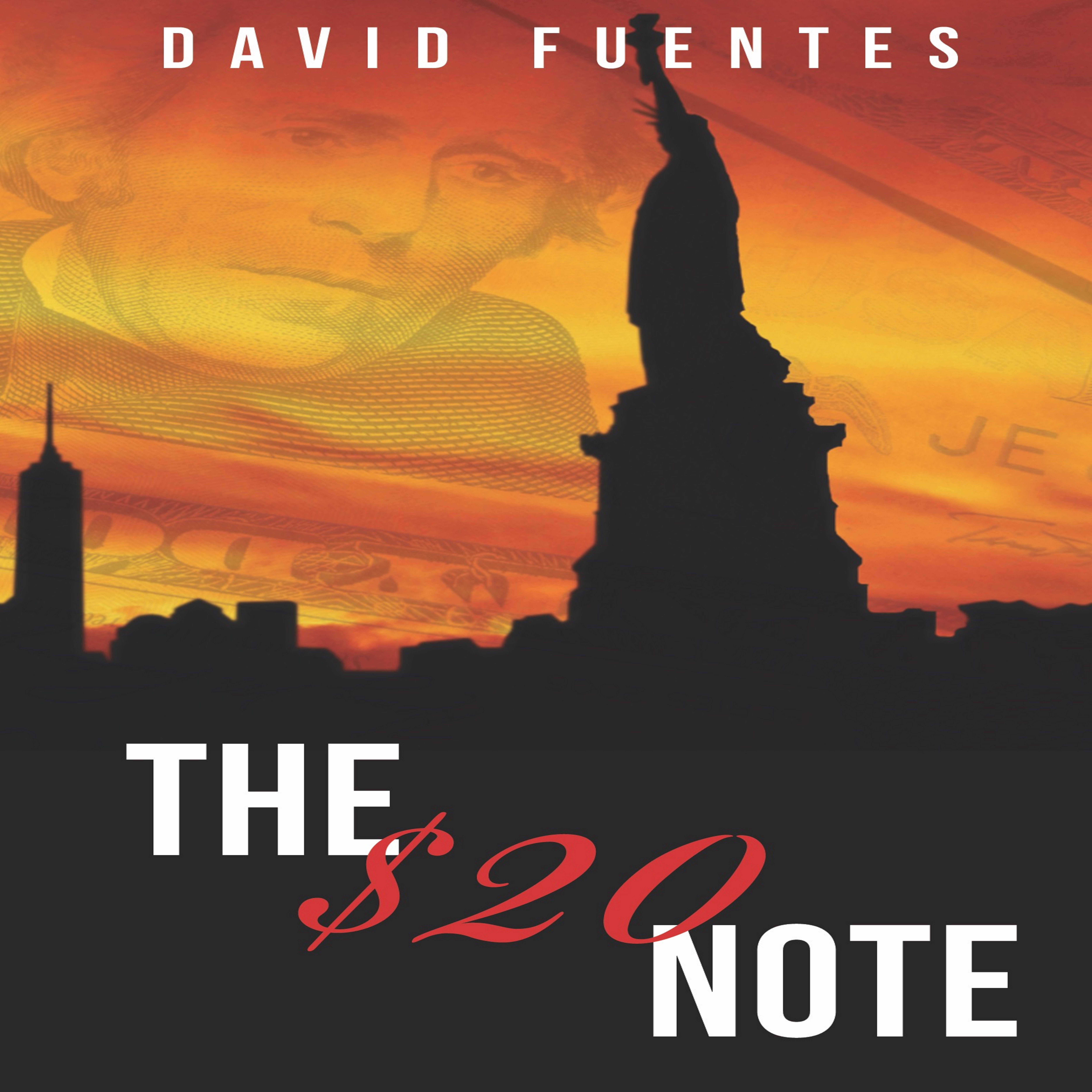 About the Book: “The $20 Note” follows an ordinary bank note, on an extraordinary journey, through the streets of New York and beyond, from the borough of Queens to the Heavens above.
We follow the note as it travels from one person to the next, unbeknownst to themselves, as they go about their daily lives, those of which vary wildly between normality and causality; so please fasten your seat belts and follow me on a trip into the unknown as we set off on one Hell of an adventure!... you never know where it may lead!

Our story begins on a cold and frightfully chilly night in early November as a group of young Oxford University Students arriving from London, England set foot upon American soil, land of the free, for their first time ever at JFK Airport in Queens, New York.

After they had passed through seemingly endless security checks, one of the youngest members of the group, Tom Birch, visited the currency exchange desk located in the main airport foyer and at a ridiculous rate of exchange, that was a complete rip off, changed over his remaining pound sterling into what can be best described as monopoly money to cover the leisurely expenses of his weekend vacation.

The Airport was packed to the rafters with tourists from all walks of life, still reeling from the fatigue-inducing effects of jet lag as a direct result of their respective journeys.

There were a few free spirits dotted about the place: those who had ventured all the way from the 4 corners of the earth and back again on one hell of a gap year, a few suits who were just visiting for the day on business, and a plethora of other weary-eyed travelers who were on their way home to see family for the Thanksgiving season.

The young man quickly checked through his currency, that was mainly given to him in the fifties, twenties a few tens and ones to make sure that he had enough for the trip. He then proceeded to safely stow the cash away in his wallet, next to a freshly printed passport, in his right fleece pocket that he quickly zipped up as he returned to his friends who were already making their way out of the Airport gates.