Tales of the Mantequero by Jenny Twist

This book is a compilation of the three Mantequero stories: Mantequero, Disappeared and Sins of the Father; with the addition of two new stories: The First Mantequero and The Last Mantequero. 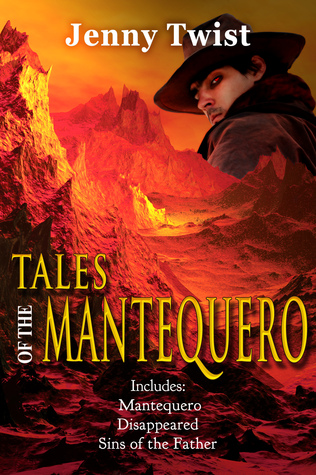 In the south of Spain at the beginning of the twentieth century, village people still believed in this particular fabulous beast. Sometimes they called it a mantequero, and sometimes a sacamantecas; it was a monster which looked like a man, but which lived in wild places and fed on human manteca or fat . . .


Individually these stories have sold well.  Ratings for the compilation 4.8´- 5 stars on Amazon, 4.75 on Goodreads


Sebastián was nine years old when they caught the Mantequero.

It had been a dreadful year. The spring rains never came and then a hot wind blew in across the sea and withered the crops. The grapes turned to raisins on the vine. The tomatoes were tiny, wrinkled bags. Even the beans failed to grow fat.

The people had taken to stealing what they could from the lord’s land. They knew they could be shot if they were caught but if they did not do it they and their families would die anyway. So they did it.

The long summer wore on and the starving people suffered in the stifling heat; carrying water to the fields to try to save what few crops remained. The houses were like ovens and at night they slept outside on the roofs and balconies.

And then, when it seemed that things could get no worse, the Mantequero came amongst them stealing what little fat they had left on their bones.

Nobody had seen him but everybody knew he had come. Sebastián heard the women whispering among themselves, telling how Rubén Abalafeo had heard a noise in the night of a shutter banging closed and how he found his mother the following morning, thin as a skeleton, staring into space and unable to say what had happened to her. Or of Geraldo Plácido, who had heard something climbing up the wall of his house and slammed the shutters just in time.

After that everybody locked themselves in their houses after dark and made sure the shutters were closed. Night after night they huddled together in the suffocating heat, afraid to let in the cool night air in case something worse came in with it.