T is for... by Anna Katmore

Samantha is new in town and gets hell from a boy, because she's the cousin of his ex-girlfriend. But love goes funny ways sometimes. 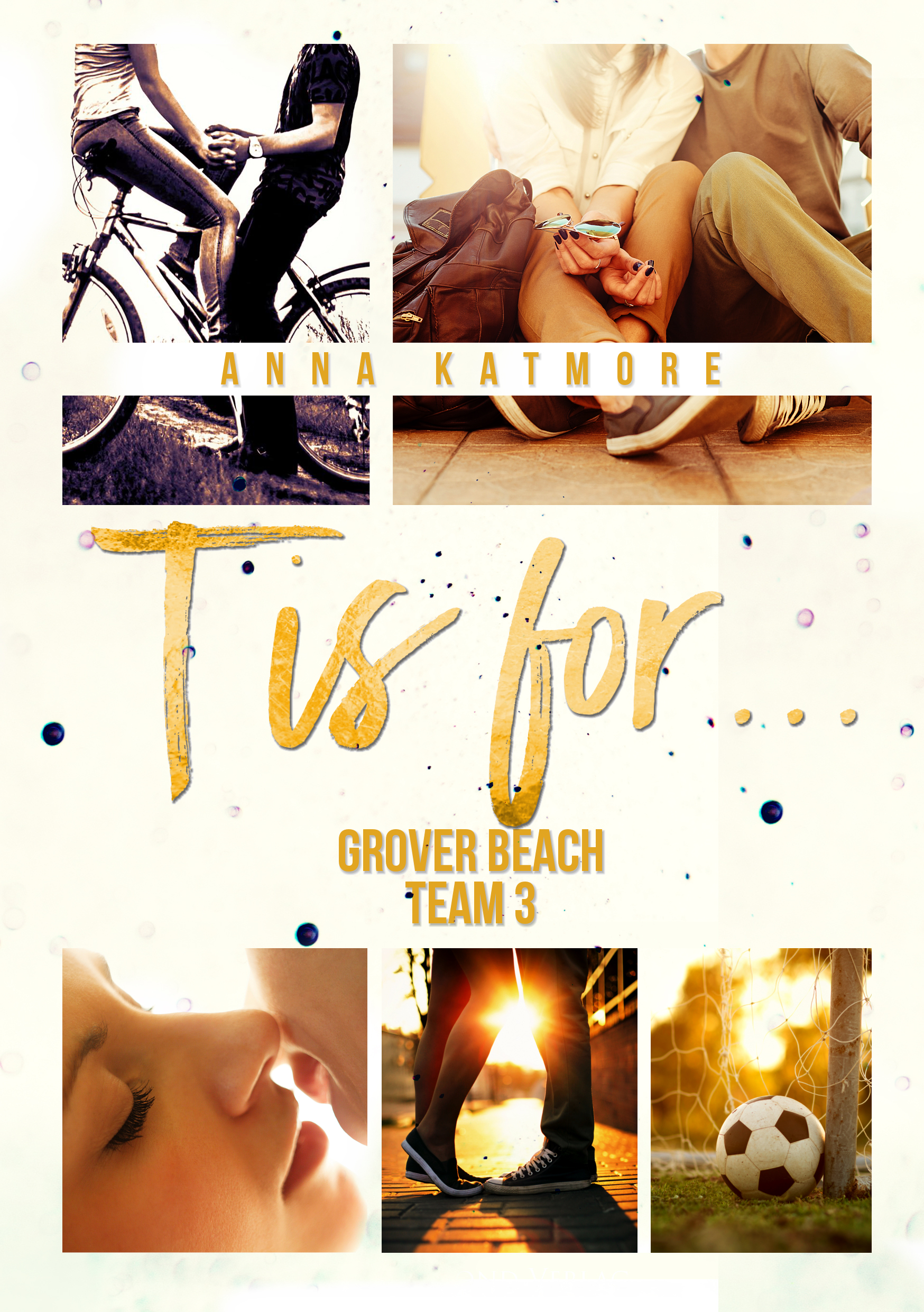 “I don’t know what’s currently going on in Anthony Mitchell’s mind, but you’re definitely taking up a lot of space in there.”

Life isn’t easy for Samantha Summers, daughter of an army general. Moving from one continent to another every other year helps a teenage girl learn 4 different languages in record time. But it's also killing her social life. And when a totally hot guy in her new hometown gives her hell, because she's the cousin of a girl he once dated and who then spurned him, the prospect of the coming school year makes Sam want to call it quits.

There’s just one thing even more unnerving than all that put together. For some strange reason, she can’t seem to stop daydreaming about this impossible guy. And boy, he can kiss!
Even outside her dreams…


“Hey, guys, go on!” he called over his shoulder to a small group of students some twenty feet away. “I’ll catch up with you later.” Then he squatted in front of me, resting his hands on my bent knees. “Did your cousin give you shit again?”

I could only stare at his face, then my tears spilled over anew.

“Dammit! It’s Mitchell.” He sighed and dropped to his knees on the dirt, then fished for something in his backpack and eventually handed me a tissue. I cleaned my face with it, then wiped my nose and fought hard to get my sobs under control. Ryan waited in total silence until I had gathered myself and finally stopped crying.

“Wanna tell me what happened so I can knock the idiot’s head off?”

His compassion touched me. It almost made me smile. Shoving the tissue into my pocket, I lifted my gaze to the sky and rubbed my palms over my burning hot cheeks. “I saw some of his drawings.” My voice was still shaky.

Looking back at him, I sniffed. “And there was one of me.”

“Oh.” His eyes widened a bit with surprise, which made me pause. Then he chuckled. “So you saw it, huh?”

My brows knitted together in a skeptical frown. “You think it’s funny?”

“In fact, I think it looks quite awesome. So why did that picture make you cry?”

Sorry, what? Did he come to rub salt into my wounds? “Awesome? He made a freaking witch out of me.”

Now it was Ryan who looked a bit confused. “A witch?”

“Yes. With a warty nose, hunchback, broom, and all.”

“Oh,” he said again. Then his lips compressed to a thoughtful line and his dark brows furrowed. “Well, that wasn’t the picture I saw of you.”