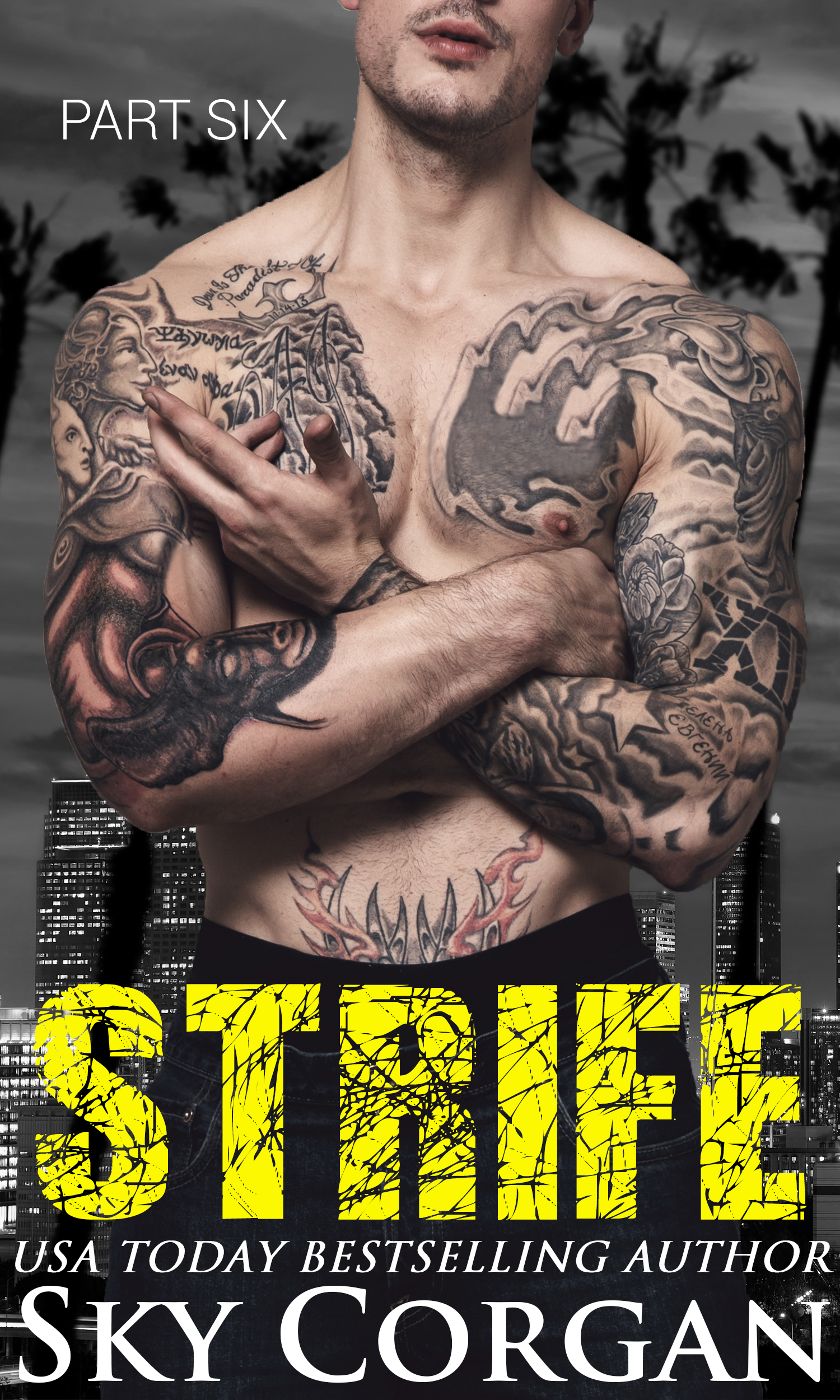 “Life isn't beautiful. Sometimes, it's as ugly as our worst nightmares. This is one of those times.”

Pepper has hit rock bottom. With barely enough money to pay for food, desperate times call for desperate measures. She's convinced that she has been through enough to weather any emotional storm. But she never could have prepared herself for meeting Dmitri Strife.

This is book six of a dark romance series.


The night turns on its head in the blink of an eye. I'm mortified, but perhaps I shouldn't be. I knew better than to leave the VIP area. Nothing good could come out of being seen with Pepper so publicly.

I took Marie's fear of fans for granted, thinking she wouldn't follow me down. Alcohol has changed us both tonight. It made me more flirty, her bolder. I said things I shouldn't have upstairs in the VIP area—gave the impression of more interest than I actually hold for her. Should I be angry that she's already gotten so possessive?

The kiss came out of left field. A gesture of endearment and ownership. In the span of what felt like a few eternal seconds, she announced to the entire club and the world that I belong to her. I don't belong to her though. I don't want to belong to her, but I dare not embarrass her by pushing her away.

Pepper narrows her eyes at me. Feelings of betrayal are etched all across her beautiful face. I wonder how mortified I look. My chest is tight, my body too hot. This was supposed to be a casual conversation, but it has turned into a nightmare.

I feel frozen in place, unsure of how to react with the cameras flashing all around me. I want to go after Pepper, but I can't. I can't cause a scene. This isn't a battle I can win, and it kills me to know that.