Seducing a Geek by Dee Dawning 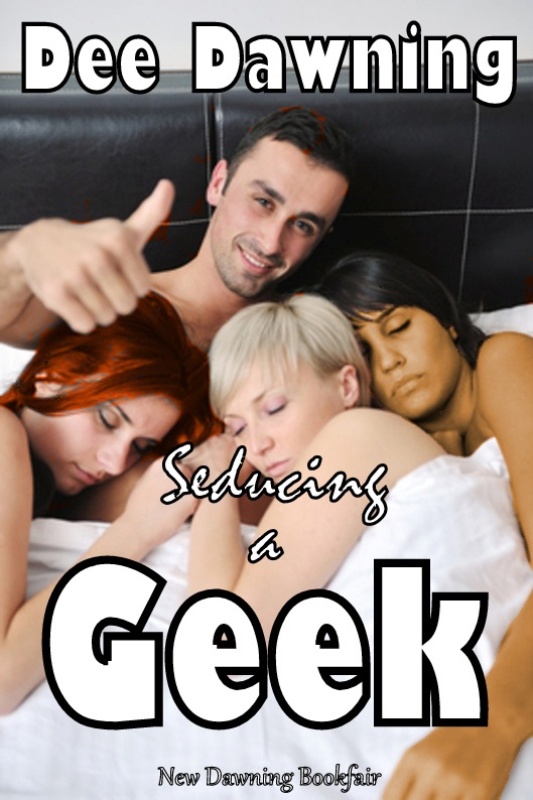 
Short sexy story about 3 cheerleaders who seduce a nice looking but awkward guy.


I turned to Sandy. "You broke up with Rod?"
A tear formed in her eye "No, it was the other way around. The asshole was dickin’ me and Gwen and I told him to pick one of us."
Malia’s smile was impish. "And guess who he picked."
"Shut up, Lia. I just hope the son-na-bitch doesn’t show up here with that cunt on his arm and embarrass me." Sandy chugged the rest of her beer "Do you realize this is the first time that none of us are involved?"
Sipping her wine again, Malia then lit a cigarette. "So?"
"So, we should celebrate."
Malia snickered. "We are celebrating. We’re at a party."
"No, I mean really celebrate."
I offered my champagne glass for a toast. "To men. May their dicks turn green, shrivel up and fall off."
Malia howled with laughter. "Cindy you are such a kick."
However, Sandy didn’t think it was funny. "Are you kidding? Cocks are the only thing that’s good about men."
"I agree," added Malia.
I made a wicked suggestion. "Then that’s how we should celebrate."
Their interest was obvious. "How?" both girls queried.
I glanced around to make sure no one paid us any attention. "We find a cock connected to moderately attractive guy, take him to our apartment and fuck his lights out."
Malia gasped. "Ooh, I don’t think I could do that."
"That’s a fucking, great idea, excuse the adjective, great. Why can’t you do that, Lia? Afraid you might perseverate on a man’s anatomy?
Malia swallowed. "I could have sex all right, but with you two watching? I don’t know."
"That’s one of the things that would make it fun," I opined, "Keep drinking. The idea will grow on you."