Score of Silence by M. A. Gardner 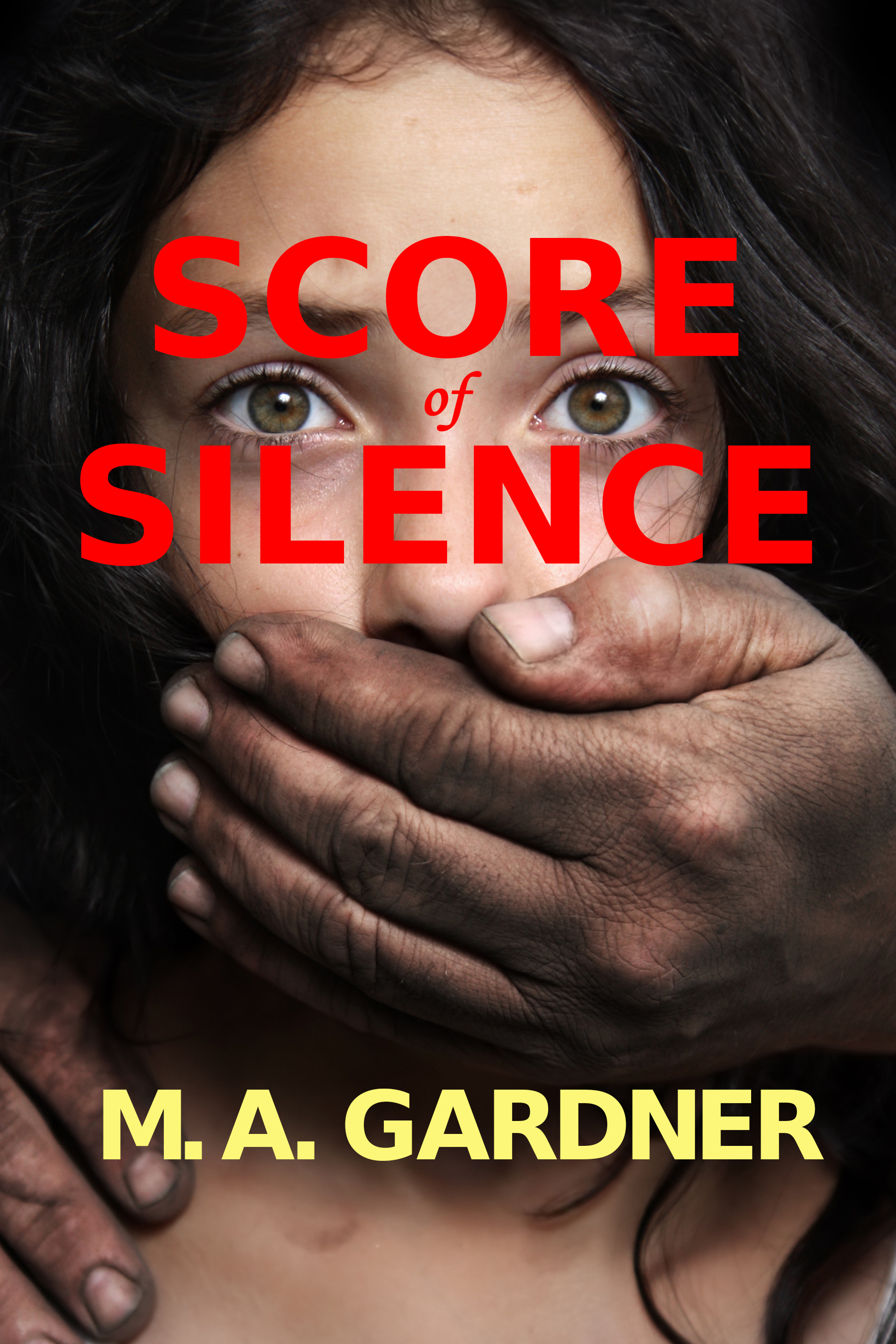 Retired FBI agent, Tupper Jones, has made a name for himself as a private eye. But today isn't his day. His partner and right-hand woman, Caroline Collins, has woken up next to the dead body of the FBI's star mob witness with no memory of what happened. Tupper and Caroline must solve the mystery of what happened before the FBI puts Caroline away for the murder.


At first, she thought the body had moved. Then she realized it was shuddering in response to her contact with it. Her stomach hitched at the thought, and she clenched her hands together, fingers intertwined to staunch the shaking. The jackhammer in her head had moved to her chest, and her heart was racing. She heard the flow of blood in her ears, the constant pounding surging through her body, causing a throbbing pain in her head. She willed her ears to behave, but the staccato thundering was still distracting her.

The sound of encroaching footfalls is getting louder, and therefore closer, her addled brain told her. There was a slight squeak as the tread reacted with the smooth bare floor. Each step sounded purposeful, perhaps confident. She could discern two distinct step patterns. There are two of them, her brain fired off again.

The presence of the cell phone still pressed against her ear dragged her out of the chaotic thoughts swirling around her like the tide. Pieces of instruction and training floated on the surface like flotsam and jetsam. Her urgent goals were rocks eroded by the constant bombardment of foam. She knew that she needed to do something. What is wrong with me? she thought.

Caroline scanned the room, and the floor beneath her spun like a carnival ride. So did her stomach. She waited for the floor to drop out from under her. As a child, she’d anticipated the exhilaration. Maybe it was through that lens of the carnival experience, but everything looked warped, far away, and impossible to reach. Voices intruded now—sharp, gruff, and rapid. Whoever they were, they were arguing. What were they arguing about? Caroline strained to make out the heated exchange. She still couldn’t understand the words, whether from the distance or the fog that had settled in her head. Are they going to kill me? A glance at the body on the bed told her she shouldn’t wait to find out if they were returning to