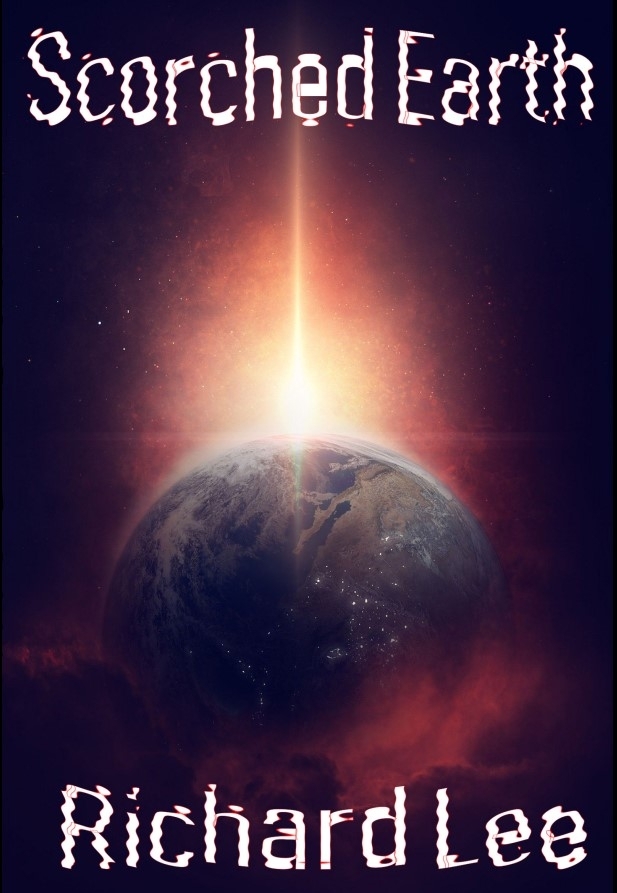 Scorched Earth is a powerful Post-Apocalyptic Time Travel novel that crosses two timelines. It is a story of love, war, hate and survival.

Heading home, IT specialist Craig Buffett, steps out of an elevator and into a forest thirty years in the future. He encounters a world foreign to him. Vast, devastated landscapes reach to the horizon, littered with broken glass and twisted metal. Genetically modified creatures roam the land existing on human blood. A youth drug that does what it claims on the box. And a wormhole controlled by a megalomaniac military leader.

Desperate to get home, Craig adjusts to this world. Accepts this primary function, this base humanity. He embraces his new reality. Deep inside, he has to find the will to step up and do what he must stop this future from happening.

If Craig had known, when he awoke at six on Saturday morning, that his life was about to change, he probably would have stayed in bed.

But this Saturday started like any other. Out of bed, one minute before his alarm activated. He stepped out of his boxers, wandered naked through his small apartment to the kitchen and set the coffee machine.

Next, he showered, drank two cups of coffee, and got dressed for work. Cubical working, dealing with Internet problems, wasn’t as bad as people claimed. It wasn’t rainbows and unicorns, for sure, but it paid the bills--which were on the table hiding under a sky driving pamphlet that he found in the letterbox.

Sky diving. Huh! What a joke. Craig knew his limits and jumping from a plane was ludicrous. He had better things to do, like get the morning paper. He shuffled outside carrying his second cup of coffee and collected the morning paper. Inside, he dropped them on the floor with the rest of the pile. He might read them one day.

He switched on the SimTek 10K television for background noise.

It was Saturday, and he had agreed to work. A half day with a full day pay. It was acceptable on occasion, but now he had said 'yes', they would ask him more often. That sucked.

He took a seat at the living room table and looked over white painted swing door that opened to the kitchen. It needed a clean. Not a simple wipe down, but a solid scrubbing. Thankfully, he had to go to work, so cleaning had to wait for a week. There was a silver lining in every situation.