Lady Amelia’s willing to create a scandal to stay in her beloved England. 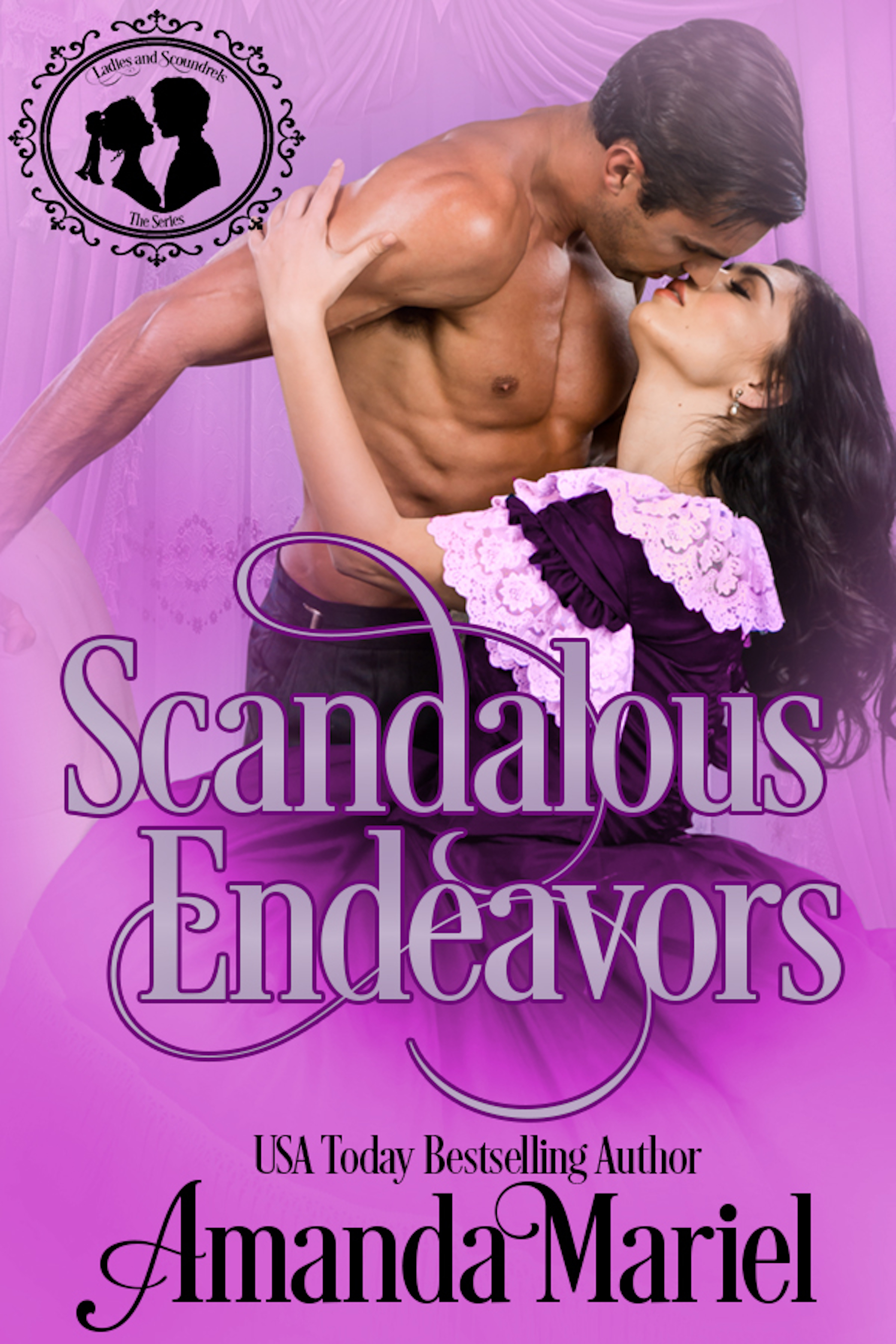 Lady Amelia has only known the comfort of life in mid-eighteenth century English aristocracy. But when her father dies, she finds herself alone, grief stricken and not of age. Her appointed guardian, an American uncle, has ordered her to relocate to America where she must remain until she comes of age.

With the help of Grace and Sarah, Amelia gets her uncle to agree to give her four weeks to settle her affairs and unbeknownst to him…find an English lord to marry. Despite her mourning period she endeavors to trap one of London’s eligible bachelors in matrimony so she can remain in her beloved England.

The Duke of Goldstone is devilishly handsome, but a Scottish Duke is entirely unacceptable as a possible husband. After all Scotland is not her beloved England. He has a nasty habit of showing up at all the wrong moments and thwarting her carefully laid plans to ensnare a suitable husband. Sparks fly as the pair find themselves at odds with each other and drawn to each other at the same time. Can they find a way to stop arguing long enough to explore their growing passion?


“I know all about your scheme.”

She sat up, anger heating her blood. “What I choose to do is none of your business. You have no right to trifle in my affairs. Get out of my room.”

“I will go, but you had better get dressed and make your appearance downstairs. You have five minutes to show yourself before I come back to retrieve you.” He turned and stomped out of her room; the door slammed behind him, its sound reverberating through her.

What in Heaven’s name would she do now? She did not even know for sure what he alluded to knowing. It must be her plans to wed, but how could he have discovered them? She pushed the blankets down and started to get up before her mind changed, and she lay back down. He would not dare come back. She grabbed the blanket and pulled it back over herself. He could not know anything. Suspect, perhaps, but he had no evidence. He just wanted to trick her into admitting her plans. She would not play his game.

Her hands shook as she turned onto her left side and tucked the blanket under her cheek. What if he did know? Had he told Lord Roseington of her intentions at tonight’s ball? Her life would be in shambles. All of her planning would have been for naught. As it stood, she had little idea how she would ensnare Lord Roseington, or any English lord for that matter. She would not worry over it now. Drawing in a deep breath, she snuggled back against her mattress.

The only thing she knew for certain was that she would not get out of the bed and go downstairs. She would not give His Grace the pleasure of bossing her around, nor would she tell him her plan. It did not concern him. She was going back to sleep, and he could rot for all she cared. Reaching out to the bedside table, she retrieved the novel resting there and placed it next to her on the bed. If he dared to return, she would have a surprise for him.