Sam Dorsey And His Sixteen Candles by Perie Wolford

A tribute to Sixteen Candles movie 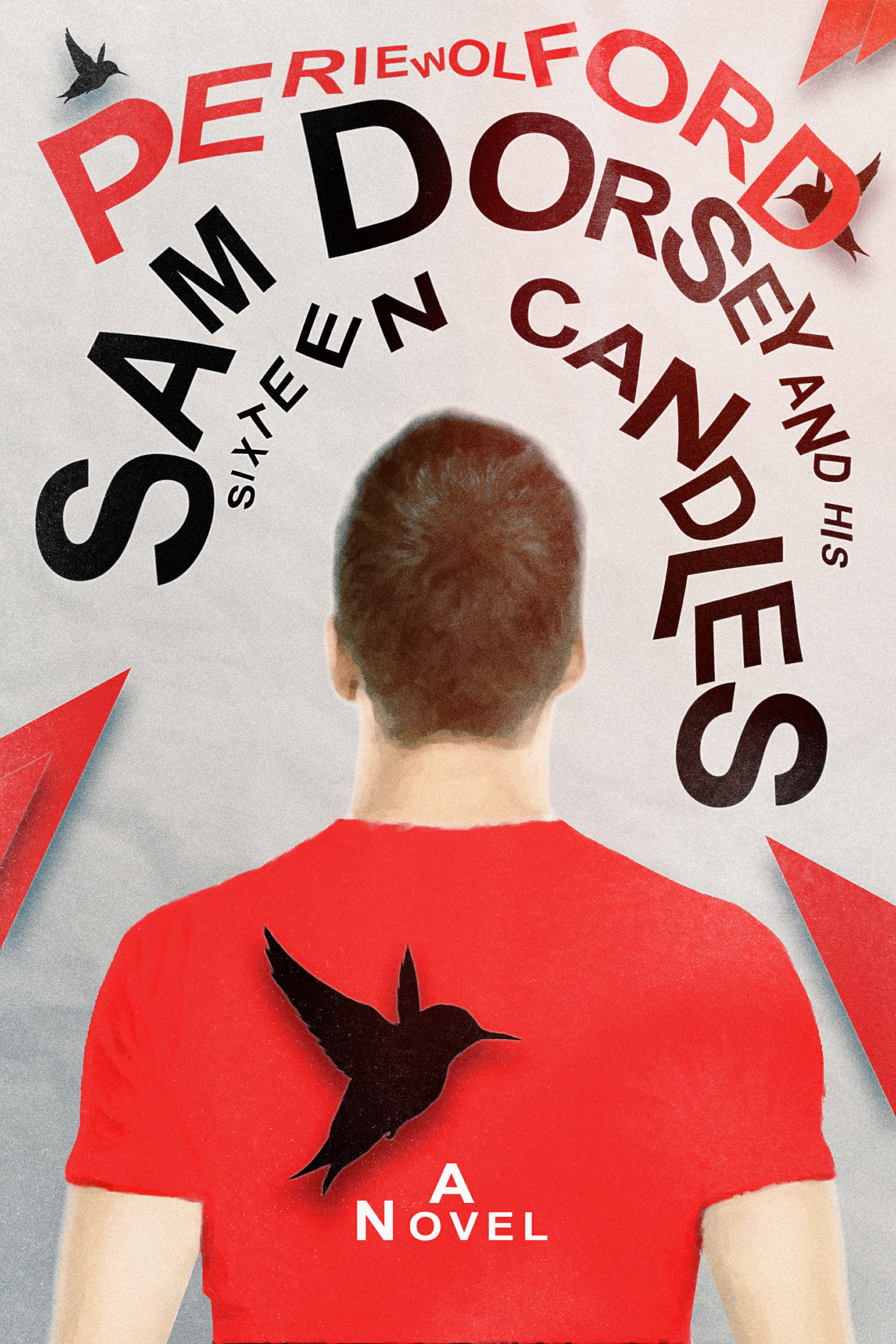 
The book sold over 10,000 copies since release. It has been translated to German.

And also, it is my birthday.

Thankfully, I’m not awake just yet. The bright, obnoxiously cheerful morning light is coming through my window, but I’m still there in my bed snoozing away, peaceful and happy; not yet aware that my least favorite day of the year has settled into existence all around me.

I fell asleep watching Sixteen Candles on VHS last night and, as always, it captured my heart. Now I’m blissfully dreaming about Jake…

Only, it’s not Jake from the movie. It’s Jake from my school, Jake Timbers, and just like his fictional namesake, Jake is a jock, the permanent and unrivaled king of Arcadia High. He has an expensive and totally drool-worthy car, a gigantic horde of friends and followers who warship him, and a majorly sexy girlfriend.

Anyway, Jake is jogging across the school’s Football Stadium, which coincidentally has his name plastered on it due to his father’s “charitable donation” a couple years back. I suspect it was more about appearances than charity, but it provides me a nice viewing angle, so I’m cool with it either way.

Jake is the quarterback, an overrated position in my opinion, but he’s definitely good at it—I’d even heard rumors about him being scouted by universities, practically unheard of considering he’s only a sophomore. He’s not as bulky as the defensive players on the team, but he’s still very muscular, lithe and quick, with perfectly toned throwing arms. During the spring, before the weather gets too hot, he often comes out here to jog and warm up after school. Most of these days I am lurking nearby, doing some warming up of my own if you catch my drift.

Luckily he doesn’t know about that.