Rock Me by Avery Katz

When you're a gay prince, your love life is royally complicated. 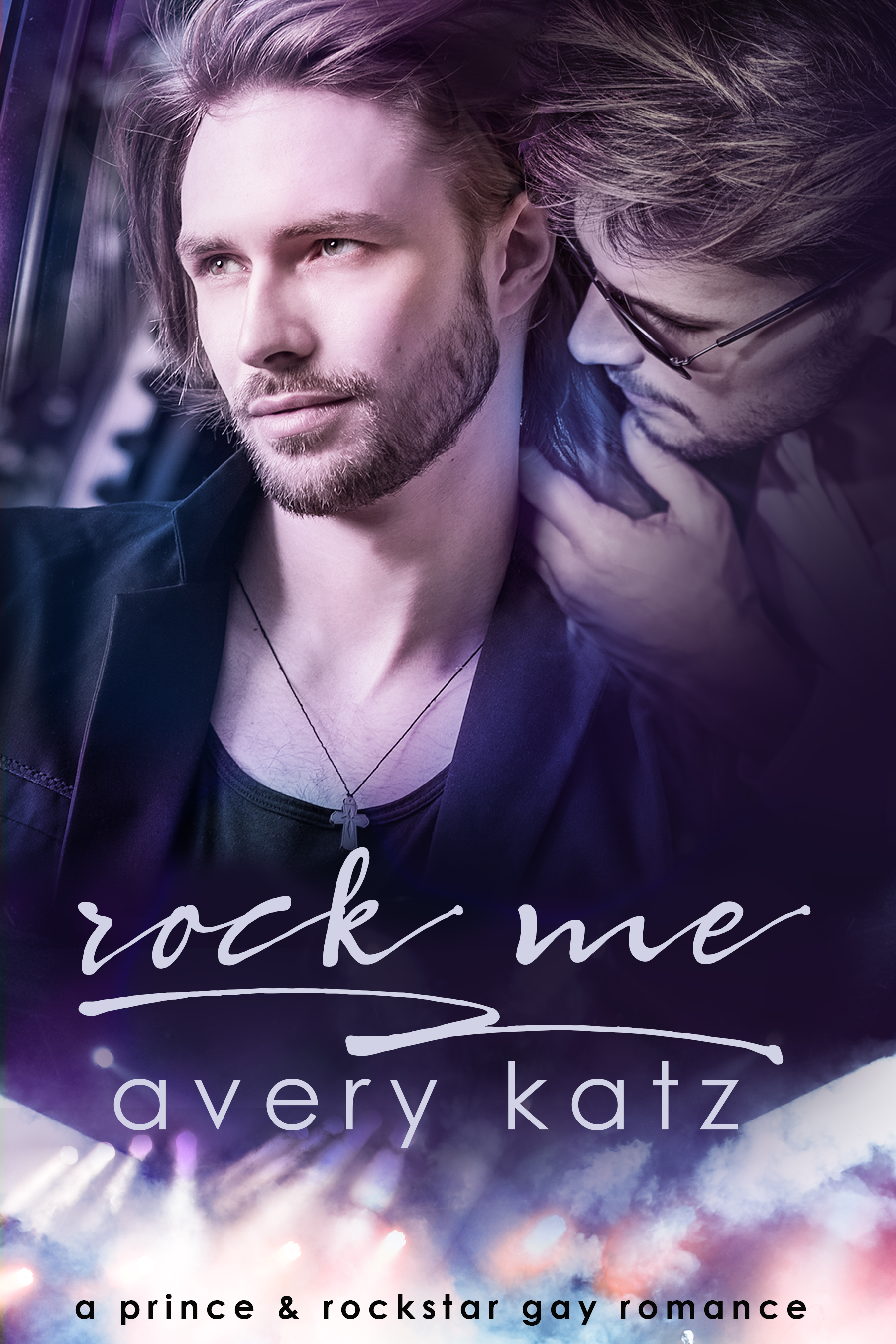 It's easy being an out-and-proud prince...or at least that's what I've led everyone to believe. I've spent the last few years partying across Europe, trying to dull the pain of my first love's betrayal. No one gets under my skin. No one knows the real me. I won't let them in.

I tell myself it's only physical. Nathan's a rock god on stage, and things are even hotter in the bedroom. And besides, there's no future between us. Nathan has kept his homosexuality a secret from his fans and his bandmates. But it's hard when his eyes hide a pain I understand so well. There's a kindness behind his hard and sleek exterior. He hides dark secrets and refuses to trust anyone.

I want him to trust me.

I will use all of my power to protect him.

His true self is beautiful and the world needs to see it.

And even though he refuses to believe it, he deserves to be loved.


The three of us made our way to the VIP area where large posters of The Moonstones were plastered all over the walls. I was not really a fan of rock music but the lead singer was hot as hell. I stood and stared for what seemed like hours at the dark haired man with the glint of danger in his emerald eyes. Now that was one fine specimen.

The crowd erupted into loud cheers as the band took the stage and started playing their first song. I dragged my eyes away from the poster to glance up at said stage. That’s when I saw him. He looked better in real life than the poster. Pictures did not do the guy justice. He was ridiculously gorgeous. He had long, disheveled hair and a deliciously husky voice that made my cock jerk to life. I was hypnotized by his presence and charisma.

“Hey, Lizzie, I have two questions for you. One, what is this hunk’s name? And two, is he gay by any chance, because-” My voice trailed off the second I realized she was no longer there.

“Oh, rats!” I spun around, searching the crowd for her. She was nowhere to be found.

If the Queen found out that I lost her only granddaughter, she would disown me. Lizzie was the only hope for the family bloodline to continue. She held the keys to our kingdom’s future.

Where the hell did she go?