Pull Me Under by Piper Lennox 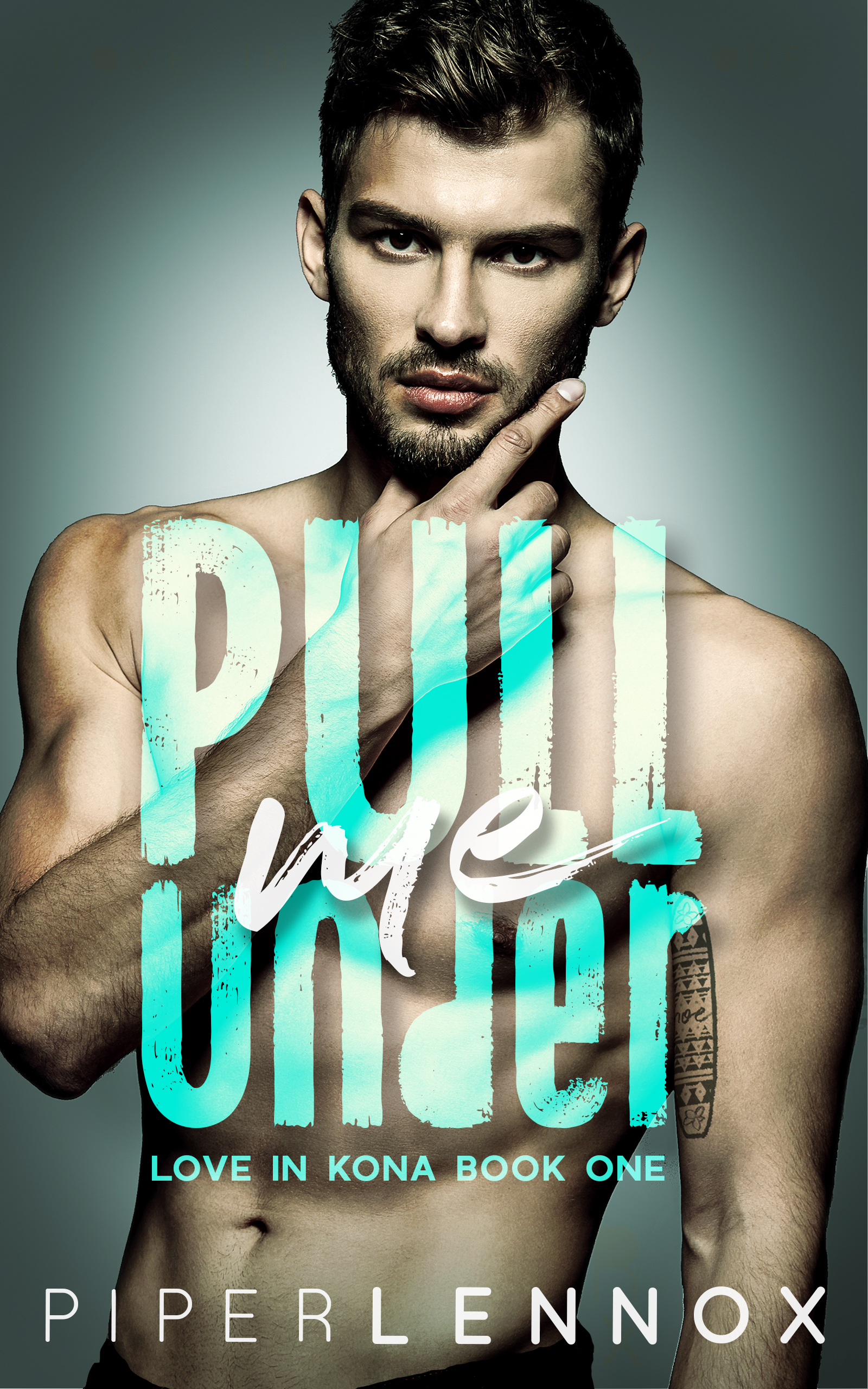 Literally. I almost drowned my first night in Hawaii, thanks to too much liquor and the worst crush-confession in history.

I’m drawn to Kai instantly, like a force I can’t explain. Like the lunar pull on the ocean.

Like the current under the surface, so much stronger than what you see.

I’ve got to fight it. The last thing I need is to tumble headfirst from one doomed crush into another.

But a fling sounds like paradise. As long as it stays that way.

Because the only thing crazier than falling for somebody after only a few days…is doing it when one of you will be gone in just a few more.


The surfboard has a vaguely tribal pattern, comprised of rhombuses and tropical flowers. Three letters are inked into the center.

“I thought it was just you and Luka.”

It takes me a minute to understand, but when I finally do, the realization hits me square in the chest.  “Oh.  I...I’m so sorry.”

The table wobbles as he rests his arm there again. He sips his coffee, eyes still cast downward, unfocused.  “Thank you.”

I can tell he doesn’t want to talk about it, but it also seems rude to change the subject too quickly. “Can I ask...how?”

The scent of coffee, so calm and inviting the last hour, is overwhelming now, his silence amplifying it.

“He drowned,” he says. His voice is flat, the words stark.

“I didn’t do anything special.” Now I understand why he believed saving me wasn’t a big deal—or why he wanted to believe it, at least. That night wasn’t an amazing feat, in his eyes. It was a reminder.