Played by Love: A Soccer Romance by Rachelle Ayala 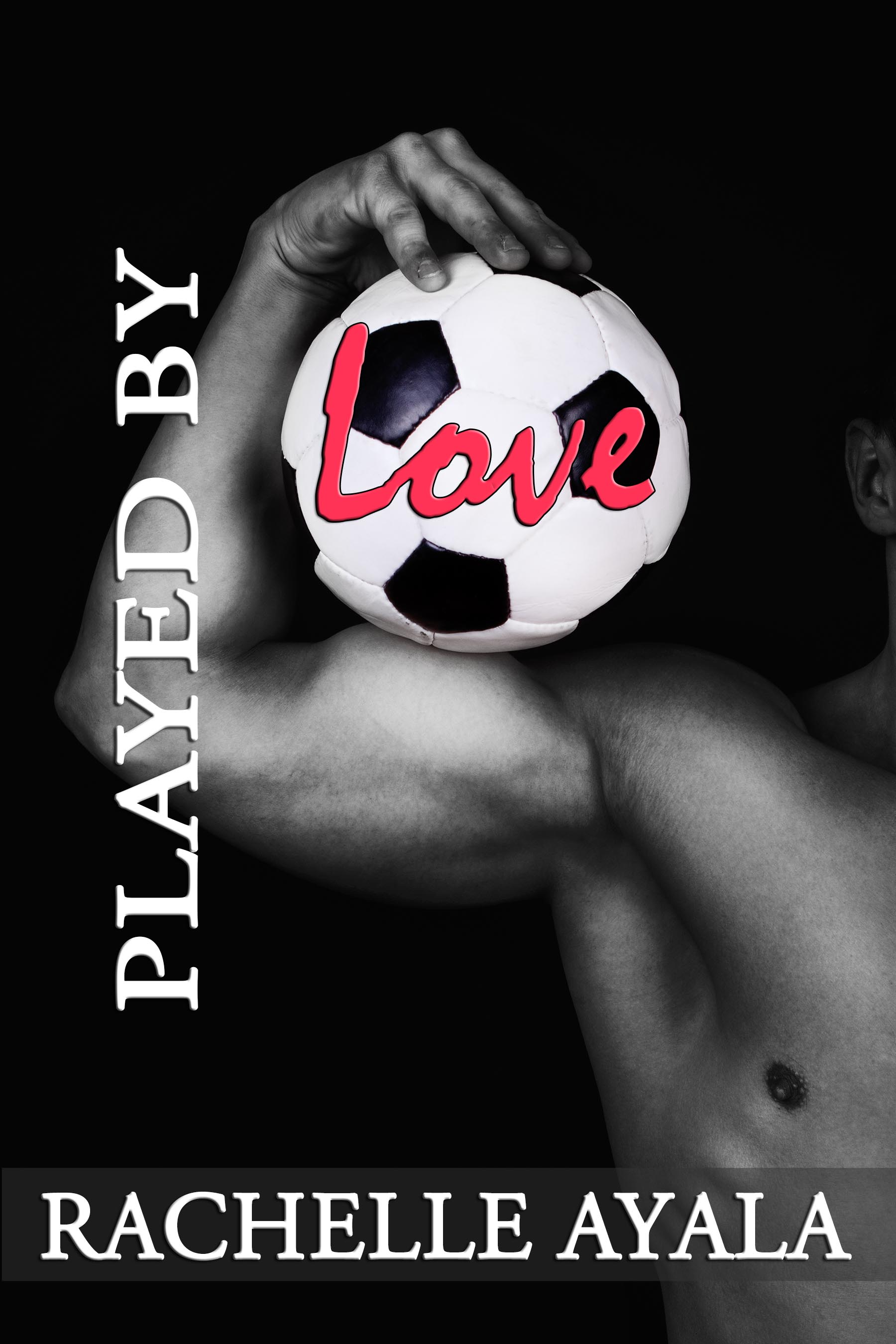 Soccer goalkeeper, Jaden Sloup, has his eye on Ella Kennedy, a woman who won’t date jocks or frat boys. He dons a pair of nerd glasses and hugs a laptop to convince her he’s a techno geek, and she agrees to go to Las Vegas with him for a cosplay convention where his team’s playoff game happens to be.

Jaden must juggle sizzling in the sheets with Ella against a soccer match and hanging with his frat brother teammates. When a bully harasses Ella and challenges Jaden to a fight, he proves that even a goalie can score.


Played by Love sells well with the new adult market. The characters are college students, and the story is steamy, fun, and sexy. Lately, readers of Hotshot Desire, are buying Played by Love, because Jaden and Ella are minor characters in Dani Evan's bestselling title, The Next Contestant.


“I feel stupid.” Jaden Sloup wiped his palms over his stretchy blue and gold soccer uniform.
“You should.” His friend Kimber sneered. “She doesn’t date jocks or frat guys.”
Jaden pulled on the thick padded goalkeeper gloves he wore on the field. “This is a costume party, right?”
“Cosplay.” Kimber raised her white Assassin’s Creed hood to glare at him. “Big difference. Observe and stay behind me.”
Electronic house music pulsed throughout the lower level of the co-op. A pair of furry Ewoks waddled by, and a woman warrior with golden skin and metallic breast shields swung her sword at a muscular man wearing chains.
“You see her?” Jaden craned his neck. Kimber, his frat brother’s girlfriend, owed him one, and payback was introducing him to the pixie blonde who danced on her team.
“Ella didn’t tell me what she’s coming as.” Kimber drew down the hood. “This costume itches and the arm bands keep slipping. But at least I fit in. You’re too noticeable.”
“Not really.” Jaden pulled out a pair of nerd glasses, the kind with the Buddy Holly thick rims, and looped it over his eyes. “I’m an Asian guy in glasses pretending to be a soccer goalie.”
“Whatever, let’s look for Ella.” Flashing their tickets at the door attendants, Kimber led the way into the party hall.
Inside, various creatures from every comic book, sci-fi movie, and action film writhed and wiggled to the electronic pulses passing as music. Strobe lights flashed, and spotlights were trained on a makeshift stage. A pair of blue-haired fairies with gossamer wings wearing fig leaves sang, and Japanese characters flashed across the screen behind them.