Book 1 of the Chess Quest Series 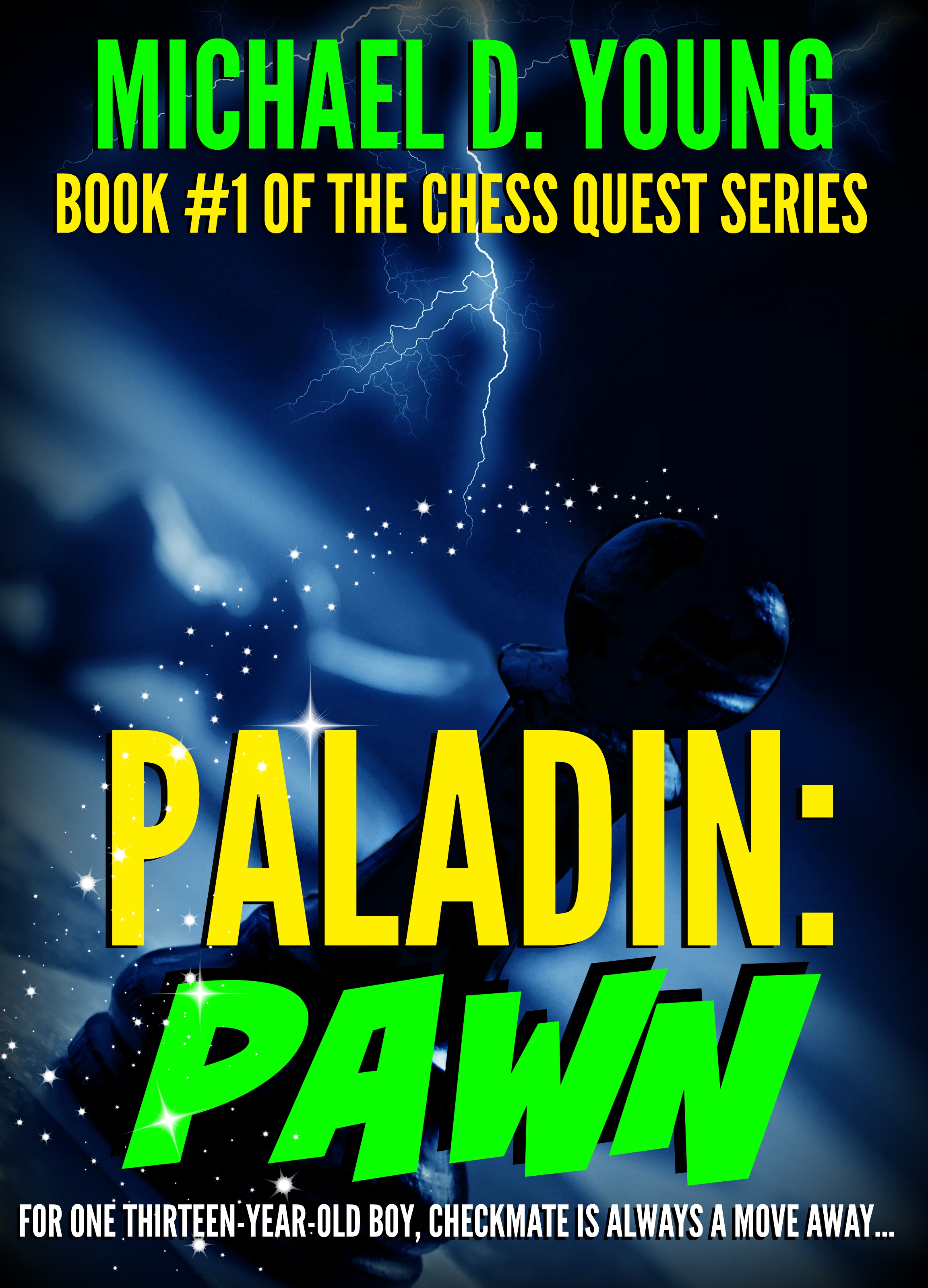 When nerdy Rich Witz unwittingly becomes a Paladin, a white knight, in training, he is thrust into a world where flunking a test can change the course of history and a mysterious bully is playing for keeps with his life.Rich’s grandmother leaves him with one thing before disappearing for good: a white chess pawn with his initials engraved on it. The pawn marks him as the next in an ancient line of white knights. He must prove himself in a life or death contest against his Nemesis, a dark knight in training, all while dealing with math homework and English projects. With the ghost of an ancestor for his guide, he has seven days to complete four tasks of valor before his Nemesis does, or join his guide in the realm of the dead. As Rich rushes to complete the tasks, he realizes the chilling truth: his Nemesis is masquerading as someone at school and will stop at nothing to make him fail. As the tasks grow ever harder, the other knights reveal to him that his failure will break a centuries-old chain and bring the Paladin order to ruin. If he fails, the dark knights win the right to control the fate of the world, a world without hope or the possibility of a new dawn. So this is one exam Rich has to ace, with no curve and no extra credit


Rich trained his binoculars out the window, focusing on the white-and-blue truck winding its way up the street. He knocked his forehead against the glass. Why couldn’t they give mail carriers faster cars? Every day this week, the mailman had let him down. The website had said seven to ten business days. This was day eleven.

The mail truck finally pulled up in front of his house, and Rich checked his reflection in the window to see if he’d sprouted any gray hairs in the meantime. With the intensity of a sniper, he peered through the binoculars again, tracking the mailman’s every move.

The squat, balding man wearing shorts and tall socks with his uniform tripped as he left the truck, and Rich’s heart somersaulted. His package was probably marked “fragile.”

While Rich held his breath, the mailman righted himself and lifted the stack of mail. Rich studied the pile, scanning it for his prize.

His head slumped against the window. The website had lied. Their ten days were up. His mind jumped to ideas for creative revenge, but then again, how did you get revenge on a website? With his eyes pressed shut and his head against the glass, he wished that he’d picked up some computer hacking skills over summer vacation.

He opened his eyes a slit to see if the mailman had lumbered off yet, and his head pounded double-time. The mailman had turned and now rummaged in his truck. A few seconds later, he swung back around, clutching a bright yellow box that could only be for Rich.