Owen - Book One of the Tudor Trilogy by Tony Riches

Based on the true story of a forgotten hero, OWEN is the epic tale of one young man’s incredible courage and resilience as he changes the course of English history. 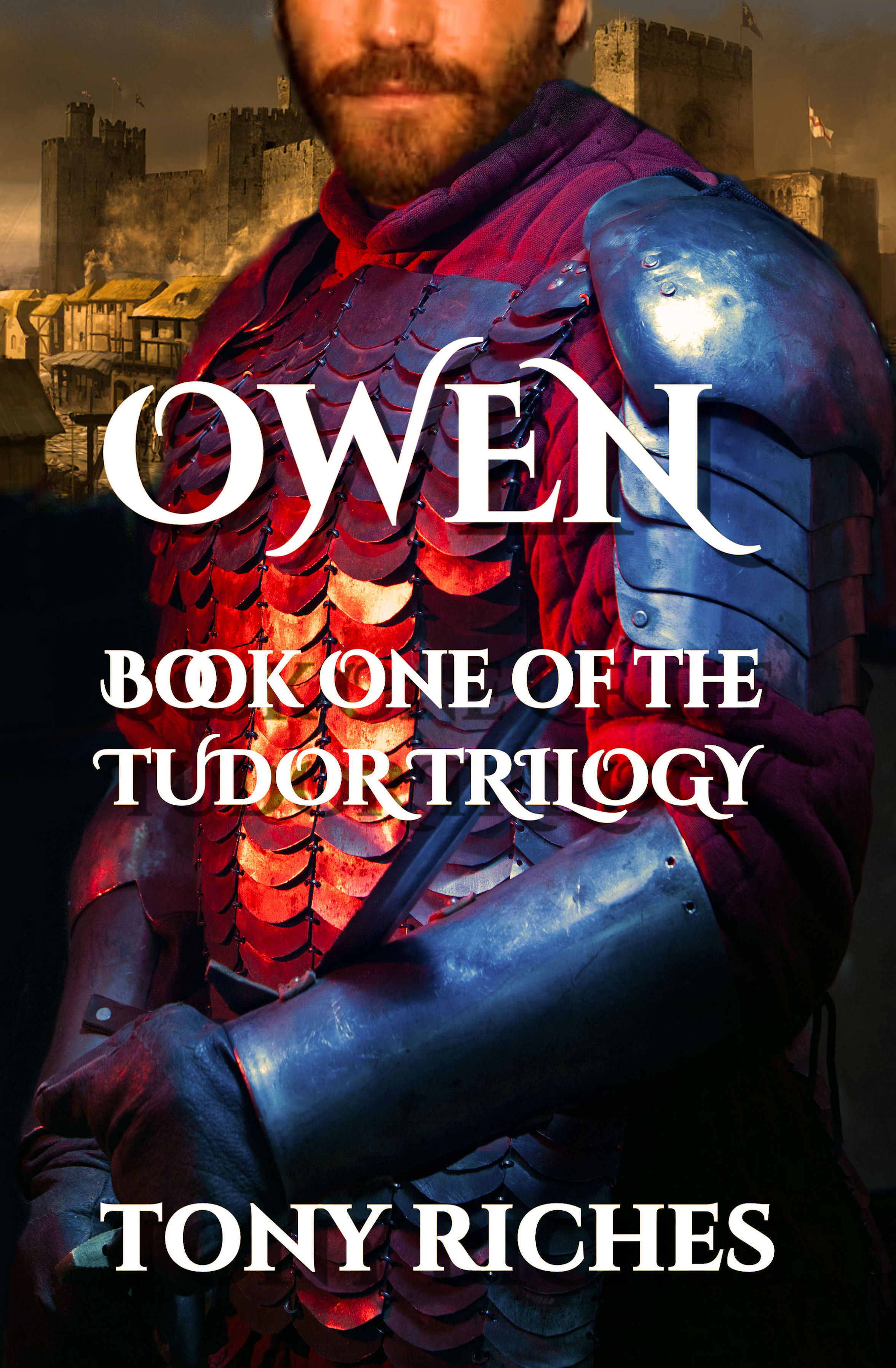 England 1422: Owen Tudor, a Welsh servant, waits in Windsor Castle to meet his new mistress, the beautiful and lonely Queen Catherine of Valois, widow of the warrior king, Henry V. Her infant son is crowned King of England and France, and while the country simmers on the brink of civil war, Owen becomes her protector.

They fall in love, risking Owen’s life and Queen Catherine’s reputation—but how do they found the dynasty which changes British history – the Tudors?


OWEN has reached #1 on Amazon US, Amazon UK and Amazon Australia and is the first book of the best-selling Tudor Trilogy


Our first meeting is over. She is unlike any woman I have known, fascinating, intriguing and beautiful. More than that; there is something about her I find deeply attractive, a dangerous thing to admit. Perhaps my fascination is with the glimpse I’d seen of the real woman, the same age as myself, behind the title of Dowager Queen of England.

‘Aim high, boy,’ my garrulous longbow tutor once advised me, his voice gruff from too much shouting. ‘It’s not the Welsh way to play safe and wait until you have a clear shot!’ The man spits hard on the ground to add emphasis and stares knowingly into my eyes, standing so close I can almost feel the coarse grey stubble of his beard. ‘When you aim high,’ he points an imaginary bow up at the sky, ‘your arrow will fly far into the enemy ranks and strike with the full vengeance of God.’

‘Who, of course, is on our side.’ A daring, foolhardy thing for a boy like me to say to a man who can punch me to the ground or worse.

For a moment I see the old man’s mind working as he tries to decide if I am being disrespectful, sacrilegious or both. The moment passes. I notch a new arrow into the powerful yew longbow and fire it high into the sky, without a care for where it will fall.

I smile at the memory as I return down the long passage to the servants’ hall. Life as a king’s archer was hard, but I enjoyed the camaraderie of the other men and it taught me many things. As well as how to use a longbow, I learned to watch my back, when to speak up and when to remain silent. My tutor died in the thick mud of Normandy, yet his lesson serves me well. I know to aim high.