Outside the Walls by A L Butcher, Diana L Wicker

When the tide of war flows who will be caught in its wake? A short fantasy tale of a woman’s determination in time of war. 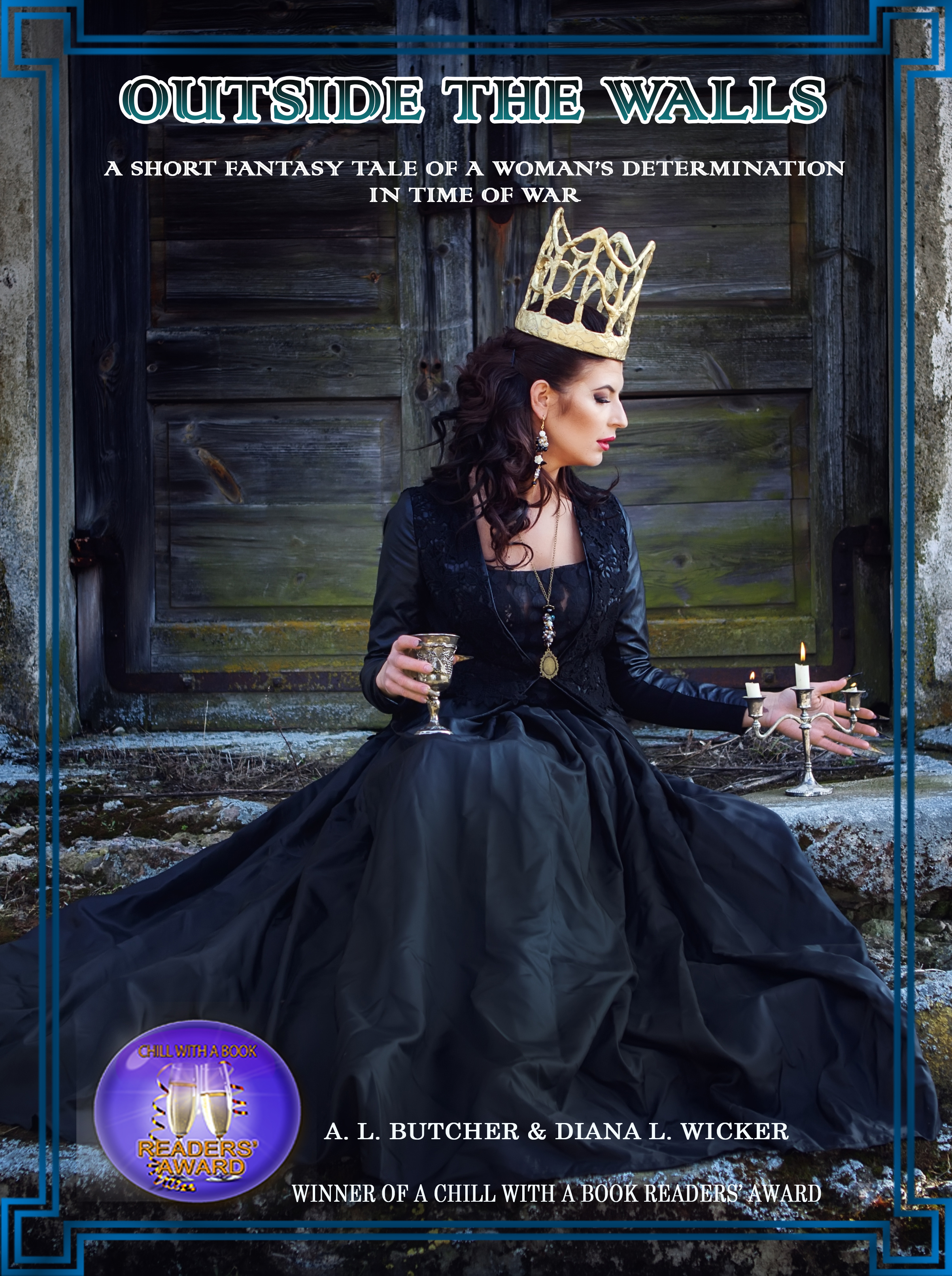 When the tide of war flows who will be caught in its wake? A short fantasy tale of a woman’s determination in time of war.

Winner of a Chill with a Book Readers Award


Winner of a Chill with a Book Reader Award


This was hardly the ideal place for healing, but then she thought grimly, it seldom was. Those who needed such magical healing tended to be in dire straits so she must make the best of it. The man was soaked in sweat, muttering and moaning. She took his hand, and trying not to cry at this wreck of a man, she brushed her skin on his. “Mother Goddess Saule, give me the strength and blessing to heal this man. Take his pain, take his wounds.”

Gently she pulled open his ragged, blood-splattered cloak and saw the glint of silver Lynette had seen. About his throat was an amulet, silver twisted in an eternal knot, and in the centre was a dark and rare stone she knew so well. This was her gift to him, one summer day before he went to war. Then she saw the colours he wore, as her cousin had done beneath the filth. This was not just a man of her army, it was her man of the army.

“Mother, save him. Take my life if a life you want, but spare him!” She could barely see through her tears, and touched the pendant at her own neck, also silver, a match to his. Soft white light weaved from her fingers, and she felt his pain, the terrible drain of magic spent and body broken. Washing his wounds and binding him in a magical web, which grew steadily brighter, stronger, she felt it tug at her, felt her strength ebbing, and the web of her gifts softly circled them both. Magic could heal and it could save, but such gifts were not assured. It might be too late, the wounds and magic loss too great. Even a battle sorcerer is mortal, and what price had he paid on that field of war against his enemies? How much of him was given? He would need time, hope, and care. Far more than he had received beyond these walls.