Once Upon a Highland Legend by Tanya Anne Crosby 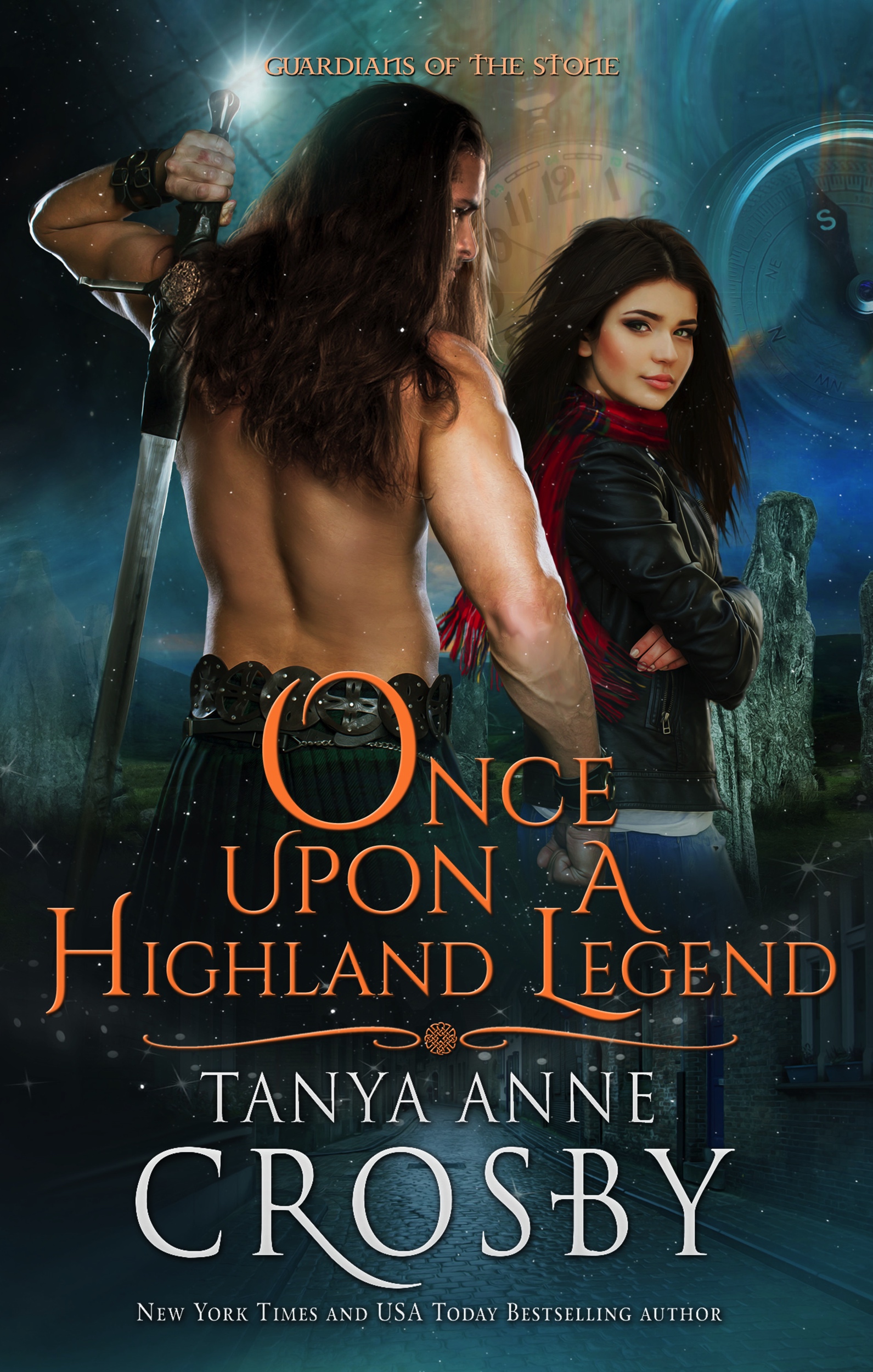 Annie Ross has gone through her entire life a bit lost. She's about to find herself misplaced in time as well, where she must take her place as a guardian and find a way to restore the faith of a powerful chieftain. Will she win his heart as well?

This novella was originally published as part of The Winter Stone anthology.


“Are ye in Kingussie for the festival, lass?” the shopkeeper asked.

Blinking, Annie Ross peered up from the crystal she held in her hand, momentarily disoriented. It took her a muddled instant to recall exactly where she was—in a curio shop on High Street, waiting for her cousin to arrive. It wasn’t like her to be so spacey. “No, actually…heading up to Devil’s Point.”

The old woman gave her a bit of a smirk but didn’t comment; still Annie sensed she was amused by the choice of phrasing.

Okay, so she was actually headed to Bod an Deamhain. She and Queen Victoria’s consort had something in common. Even in this twenty-first century, Annie had copped out, using the more modest name for a nearby mountain peak. The literal translation for anyone who knew better, was the “demon’s penis.” Apparently, despite the fact that vaginas now had plays named after them, Annie still couldn’t say the word penis to strangers. But how ridiculous was that? She was a scientist after all. She blamed her pang of modesty on the skirt she was wearing. Somehow, it seemed entirely inappropriate to utter the word penis while wearing a short, plaid schoolgirl-type skirt that might have been better suited to a fetish poster than a Catholic schoolgirl.