Omega, It's Cold Outside by Coyote Starr 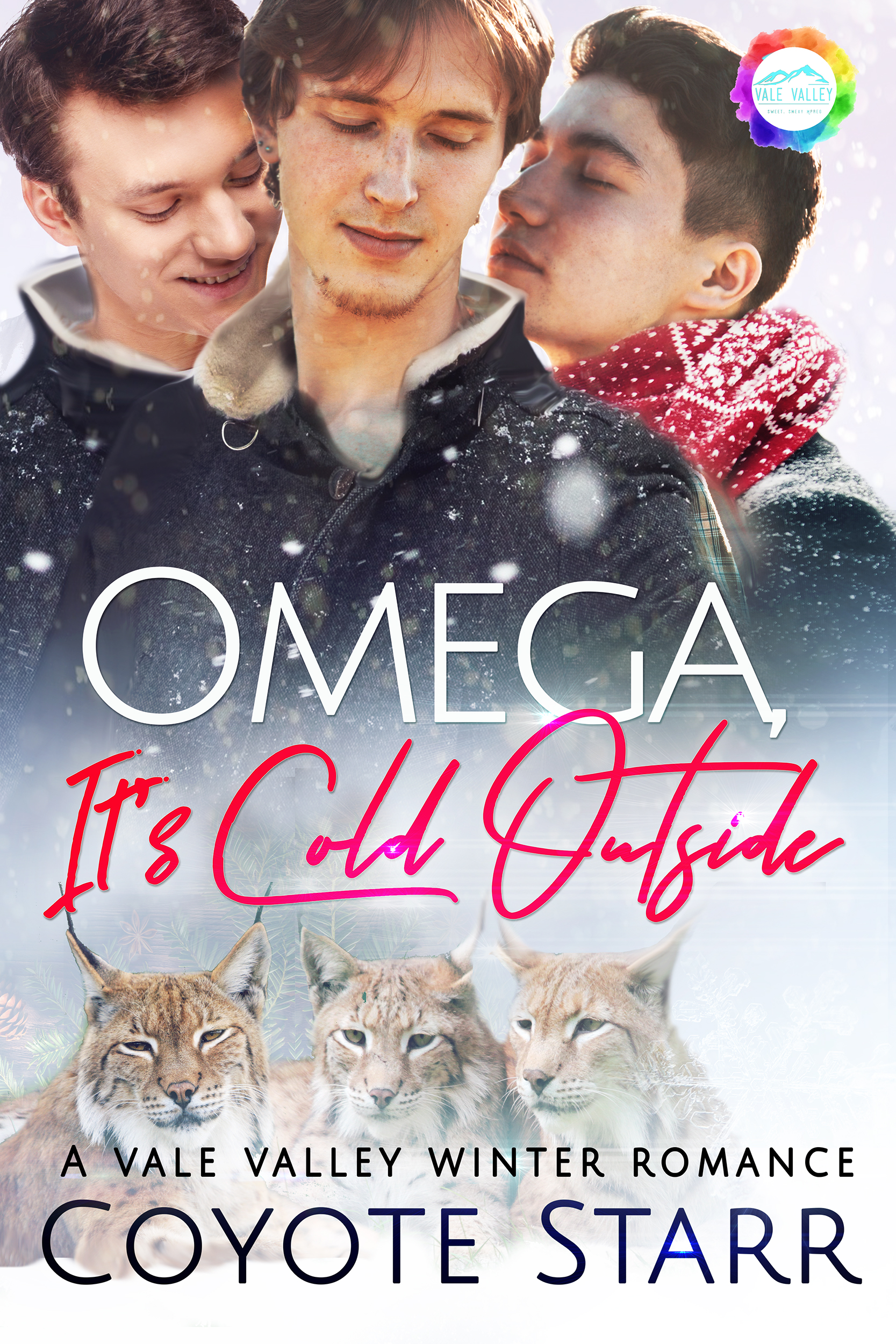 Their love can save him from a cold life...

An Omega on the Run

All his life, bobcat-shifter omega Noah Kimbrough knew his role: be bred to the domineering alpha who controlled the New York pack. But when the time came to fulfill that obligation, Noah couldn’t stand the thought of a life without love. So he fled.

Now he’s on the run, and the entire New York pack is tracking him, all the way into Pennsylvania. Noah knows they’ll catch him—and when they do, his punishment will be severe. But then he stumbles into a small town, and wonder of wonders, his old pack passes it by.


Two Alphas in need of a Third

Alphas Kord Harmon and Elijah Baker love their life together—but they both agree that it could be even better with a third, and with the chance to build a family. So when Noah tumbles into their lives, they jump at the chance to help him escape his old pack. With them, Noah finally has a chance to come in from the cold of his unhappy life and to enjoy the warmth of real love.

But Noah’s life until now has been traumatic, and Kord and Elijah aren’t at all sure they have what it takes to help him overcome his past. Together, they’ll all have to learn if the love of two good alphas—and the magic of one small town—can heal Noah’s wounds…and if they’ll ever be able to build the family they all long for.

Omega, It’s Cold Outside is set in Vale Valley, a small town open to everyone in need of love and a home. It's a shifter MMM Mpreg romance featuring two gorgeous alphas, an omega who needs the love his alphas have to give, and a surprise gift that will warm your heart, all set in the mystical, magical, love-filled Vale Valley!


This book has a devoted readership. Combined sales and KU page reads, it has sold the equivalent of 1200 copies since it released less than one month ago.


He was dressed in one of Elijah’s old sweaters and a pair of sweatpants that we’d had for ages.

The sweater outlined his broad shoulders nicely, and when he moved past me, the breeze from his passage brought the smell of him wafting to me. The scent of Noah mingling with the scent of Elijah from the sweater made me pause for a second, wanting to drag in a deeper breath and let my eyes roll into the back of my head. The mingling of the two of them smelled like vanilla-soaked coffee beans.

And just the smell of him overrode all my better judgment. I suddenly understood why Elijah had brought him home. There was no way I would have allowed anyone else to touch Noah once I had smelled him. In that instant, I glanced at Elijah and saw that he recognized it, too.

He was right. This omega had to be ours.

And just like that, I was on board with the plan I’d seen Elijah hatching—a plan to make sure Noah stayed with us.

I knew it was insane. Any logical person would have dismissed the reaction. But we’re not logical. We live in Vale Valley. And the magic of the Valley means that I know he belongs with us.