Of Crimson Joy by Erato 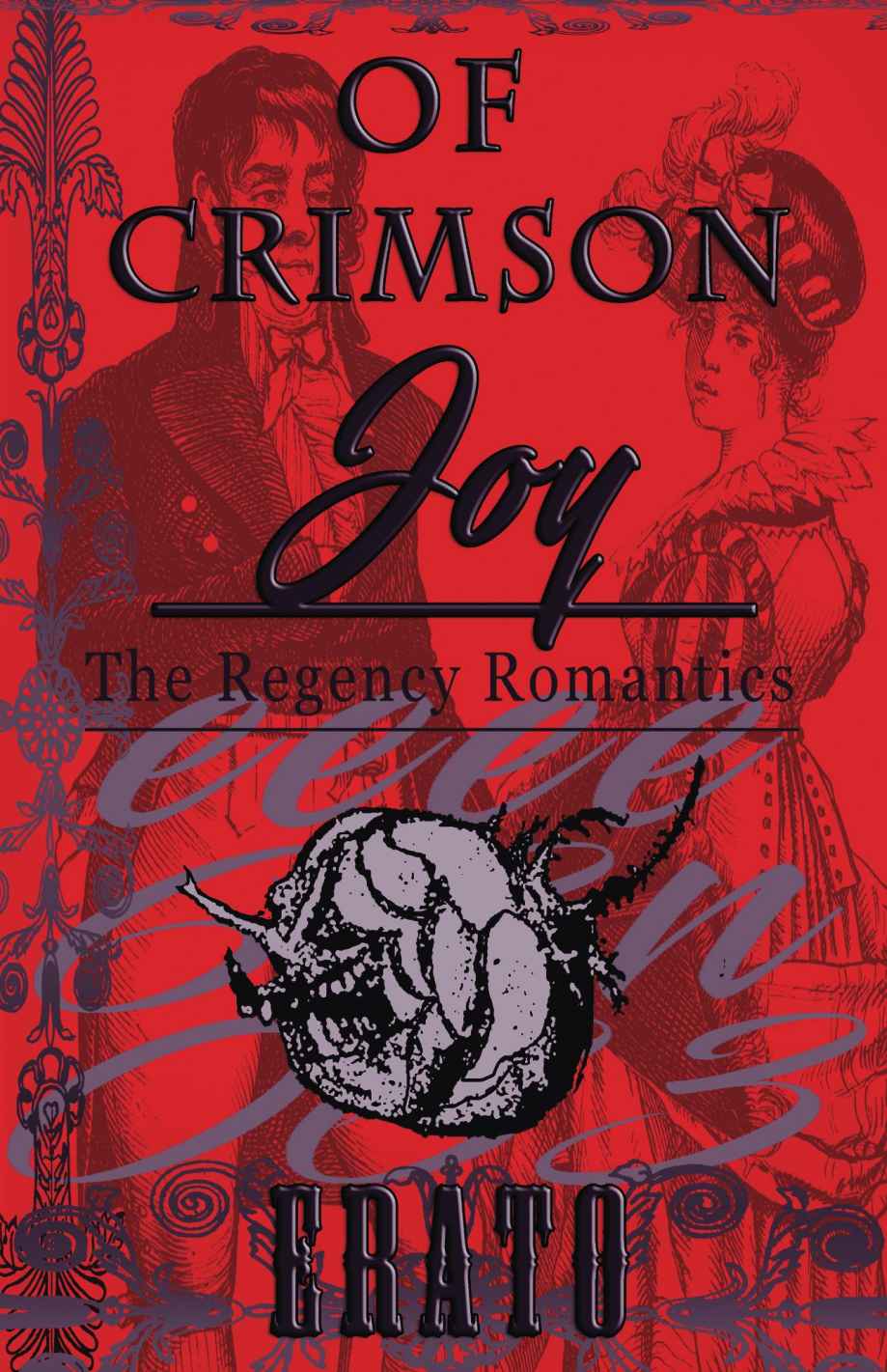 In the early 19th century, Agnes is pressured by her family to marry in a hurry, and she chooses for her spouse the perfect-on-paper Sir Howard Rowereigh. However, he falls ill immediately after their marriage, and in an effort to treat his illness he is taken to various spa towns in England. When he is too ill to complete an intended journey to Bath, Agnes travels ahead to wait for him, where she unexpectedly meets with old friends and the man who becomes her new love: the dashing, dueling, poetry-loving Lord Winthrope. The pair begin to see each other regularly, initially playing off their relationship as a mere friendship, but eventually their love becomes undeniable. They try to behave themselves, and eventually Agnes is forced to acknowledge that she cannot be faithful to her husband if she stays near Winthrope. However, Sir Howard has learned of the supposed affair, and he arrives in Bath to confront his wife's supposed lover: Winthrope admits his fondness for Agnes but also asserts she was never unfaithful. Sir Howard dies of an overdose of his medication, and after a year spent in mourning, Winthrope and Agnes are reunited and married.

In all honesty the book has not sold as well in the English language market as I would have hoped, and I feel it might do better in certain foreign markets due to the kind of story it is.


O Rose, thou art sick! The invisible worm,
That flies in the night in the howling storm,
Has found out thy bed of crimson joy:
And his dark secret love does thy life destroy.


Sir Howard Rowereigh, 2nd Baronet was from a family which had not been Sirs for very long; nor for that matter had they been Rowereighs for long. Both features had been bestowed within his own lifetime, as a consideration from a powerful friend; before, the family name had been Grimesby. The Grimesby family had owned some farmland for several generations, and by the middle of the 18th century a funny thing had taken place: this land had become very valuable, not for the land itself, but for the ten men eligible to vote who happened to dwell upon it. Reginald Grimesby, father to Howard, had realized that these ten voters were of considerable merit.

It had fallen that the Grimesby property, a little hillside known as Goseth Tree (just what was a “Goseth” was a mystery lost to all time), had several hundred years before been considered a booming and bustling city center. A few ruinous houses inhabited mostly by ants, and a mossy shell that had once been a grand abbey, attested to the site’s former glory. Despite what changes the Reformation had brought to the region, the city of Goseth Tree had been recorded on the books as an important city and duly granted the power of choosing two elected burgesses to serve as members of Parliament.

As the choice of these two members of Parliament was in the hands of the ten voters, it was little trouble for Reginald Grimesby to threaten to evict any tenants disinclined to vote in a desirable way — this being of course the way that he desired.