Nurturing That Spark by Sandra Sookoo 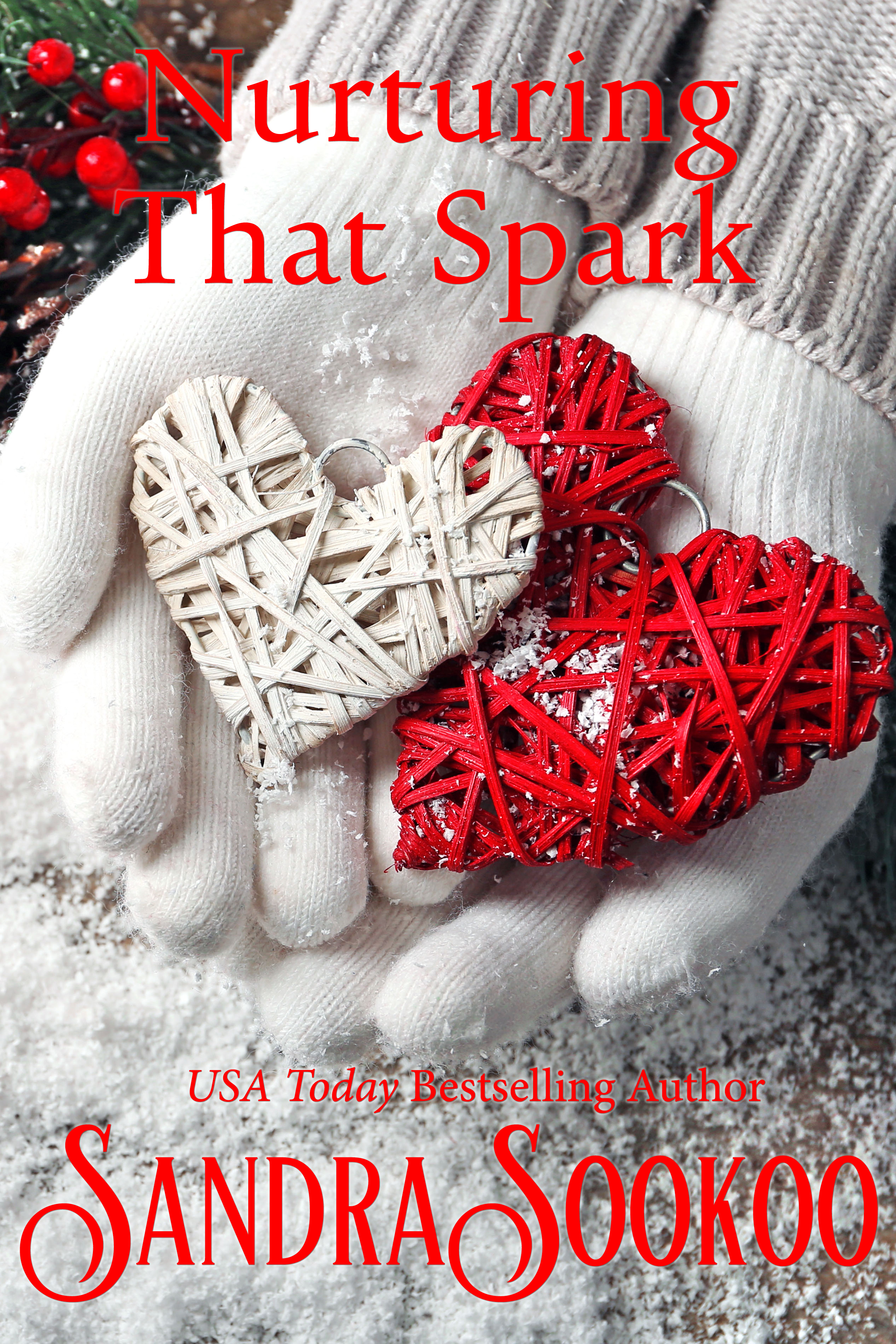 All Morgan Davidson wants is a chance to reconnect with her fifteen-year-old niece – sans digital dependency. She books a cabin for Christmas week in rural southern Indiana, but contracting a case of the warm fuzzies for a handsome ranger isn’t part of the plan.

Carter Poole, single dad and park ranger, has simple tastes. He’s not on Facebook, doesn’t let his five-year-old son play video games and spends a lot of time outdoors. When he’s sent out to investigate mysterious tracks, he meets Morgan and a spark ignites between them. He invites her to share the holiday with him and his son.

Between teenage angst, emotional drama and second-guessing, Morgan and Carter manage to steal a few moments alone. When his son goes missing on Christmas Eve, the world narrows and they realize what matters most—family. The more mismatched the better.


She peered at him from over the railing. He stared up at her with eyes so intensely blue she sucked in a breath. Butterflies she thought long dormant and hibernating fluttered to life in her belly. “Uh, maybe you can tell me if there’s a grocery store somewhere close?”

Wow, could she not figure out something more interesting to say when confronted with a handsome stranger? She groaned. Not that that was cliché or anything.

He grinned and his white teeth flashed, which drew her attention to his sensuous lips. A black goatee defined his dark face and gave him a mysterious, mischievous edge. This was a guy who probably liked to laugh and have a good time. “Hang on. Let me come up. No need to holler back and forth.”

Morgan’s insides clenched while the man jogged up the couple flights of stairs. When he finally made an appearance on the deck, Harper had joined them and he wasn’t even winded.

“Kitchen’s stocked. There’s no food,” she announced but her interest had been captured by Handsome Ranger Man.

“Yeah, I know.” Close up, the guy was gorgeous in a Hollywood sort of way, yet it was more than that. When a person wasn’t being drawn hypnotically toward him and those eyes, there was a feeling of belonging in him, as if he’d lived a few lifetimes and understood the secrets of the Universe. He was a guy who’d be a best friend and confidant, someone who’d fix things, a protector and encourager, and be an anchor when the world went tipsy.