No Questions Asked by David Menon

Do you really know your neighbours? 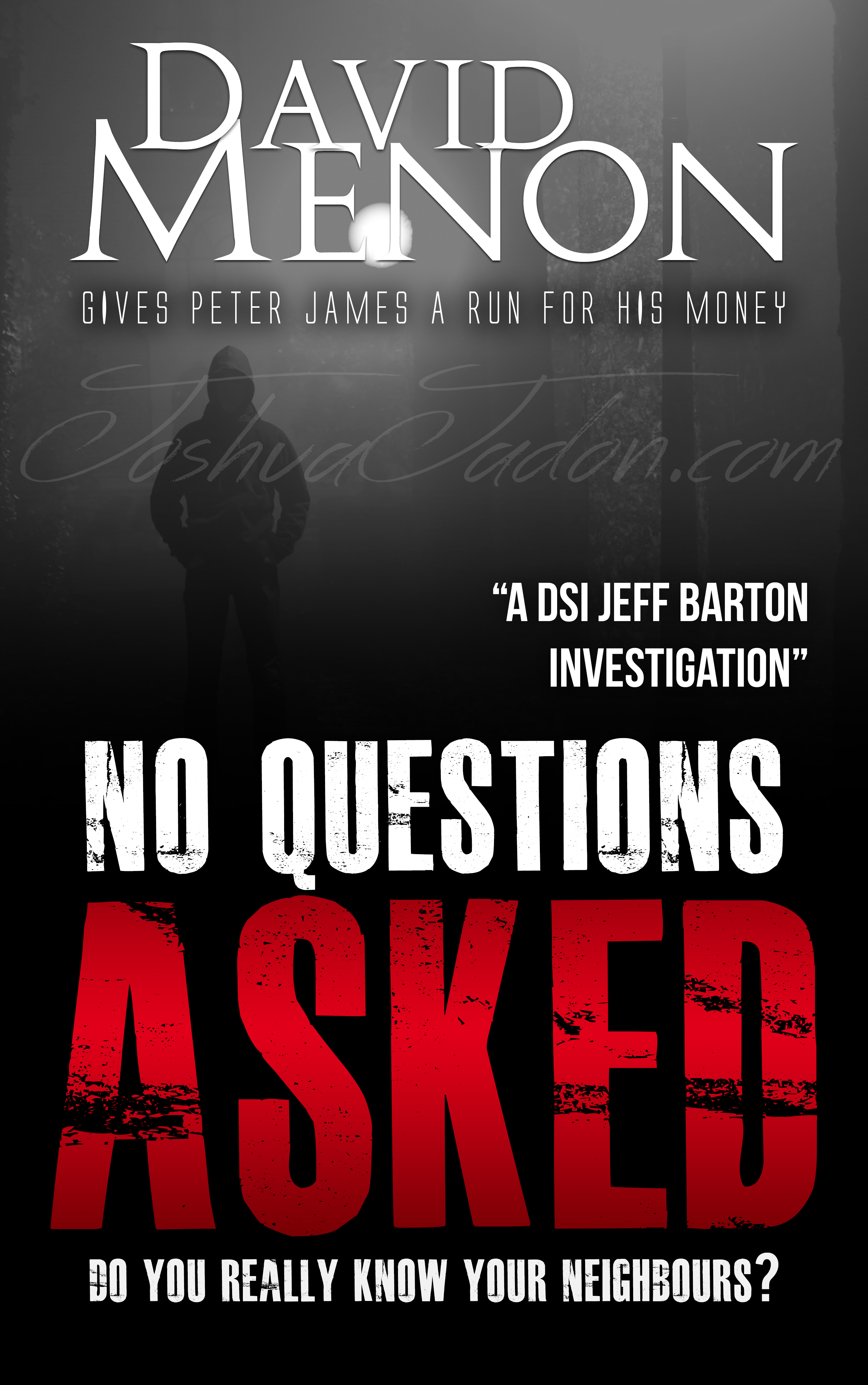 No Questions Asked picks up where 'Storms' left off in the back garden of Jeff Barton's house where he's hosting a barbecue for neighbours, family and friends. But the party is abruptly ended when the body of an eleven year-old child, the son of one of Jeff's neighbours, is found in the woods nearby. As the covers are lifted on the secrets held by those living around him he wonders if a child killer could be actually living on his street. Whilst he tries to take his relationship with his deputy, DI Rebecca Stockton, to a deeper level the investigation brings him back into confrontation with his old nemesis Bernie Connelly who is one of Manchester's most notorious gangsters and has a personal interest in finding the child killer, leading him to pick off a list of paedophiles who are the prime suspects. Added to everything else is a case of political corruption that may or may not be linked to the murders and this proves to be one of Jeff Barton's most complicated and yet most urgent of cases to solve.


This is my fourth book in the Jeff Barton series which began with 'Sorcerer' and continued with 'Fireflies' and 'Storms' before 'No Questions Asked'. It's sales are around 1000 per month and consistent. It would be so great to work with a translator to being it to a wider audience.


At that moment, the front door burst open and Seamus, the partner of Jeff’s brother Lewis, almost fell into the house, out of breath.

“Seamus?” said Jeff. “What’s wrong? Where’s Toby and the others?”

“We took the long way back from the park,” Seamus began to explain once he’d got most of his breath back. “Through the woods and that’s where we found the body. It’s a child, Jeff. Toby found it. That’s why he’s so upset.”

“Oh, my God,” said Annabel, as everyone else gasped and sighed. “Poor little Toby.”

Jeff asked Annabel to look after things at the house and told her he’d call when he knew anything whilst Rebecca called the incident in and asked Control to send a team to the woods. Then the two of them went with Seamus and, once they were a little way down the street, Seamus turned to Jeff and said “I didn’t like to say in there with all the folks listening and all, Jeff, especially Lucy…...”