No Direction Home by Diane Winger

For a family divided, love knows no borders. 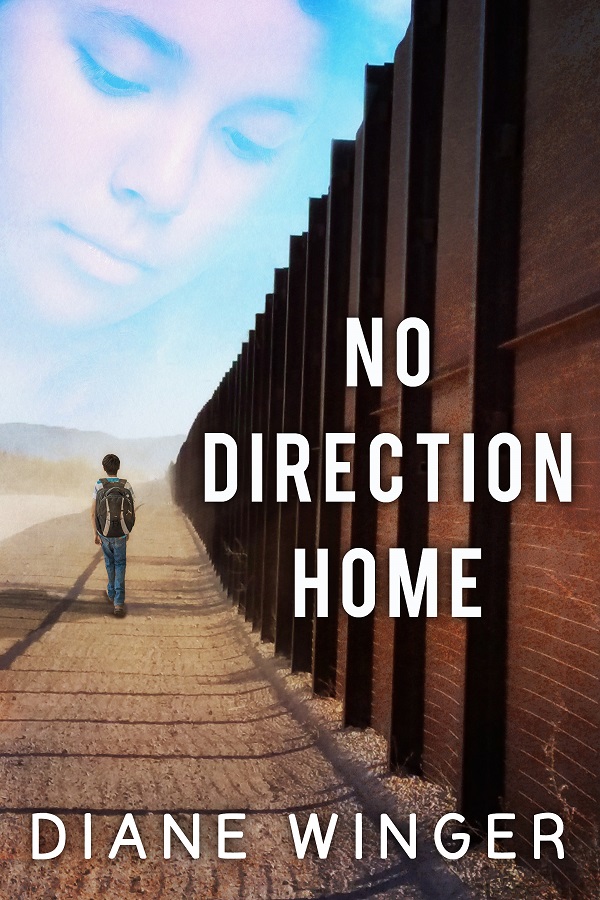 In this evocative fictional story inspired by today’s headlines, the immigrant family of thirteen-year-old Emma Cabezas is ripped apart. Her older brother faces deportation after attempting to renew his DACA status and her parents are dragged away in handcuffs by immigration officers. Family friend Sandi Moreno takes her in, but Emma soon witnesses the abusive truth about Sandi’s husband and teenage sons. Desperate and afraid, she makes a rash decision to attempt to reunite with her deported loved ones in Honduras.

Her dangerous odyssey redefines her understanding of both family and home as she is forced to grow up very quickly in order to survive.


No Direction Home will be released in English on March 2, 2018. In pre-sales, it is currently ranked #28 under Kindle...Emmigration & Immigration.


For an instant, we’re all frozen like statues by the sound of the doorbell. I break ranks first, leaping to my feet with a shout. “Raul!”
Before I can race to open the front door, my dad blocks my way. “Wait here, mija. Your brother wouldn’t ring the bell.” He frowns and his eyes dart to my mother, then toward the door.
“But what if he lost his keys? Maybe that’s why he didn’t come home. He lost his keys and couldn’t drive back and maybe his phone is locked in the car so he couldn’t call and—”
Mom reaches out and tugs at my hand, shaking her head. “Sit down, Emma. Papá will take care of this.”
“But—”
“Sit!”
There’s a sadness in her voice that I’m not used to and my stomach gets kind of queasy as I try to imagine what has become of my brother. He left to go to the immigration office just before I headed to school this morning. As soon as my last class ended, Mom texted me to have Raul call her, since he wasn’t returning her messages. He should have been back long before I was, but I came home to an empty house. Both she and Dad came home early from work and made a ton of calls, trying to locate him.
There’s a flurry of movement in the entryway as a bunch of people dressed in dark shirts with ICE in bold, white letters shove past my father into our living room. Voices are shouting commands and men are grabbing my father’s arms, yanking them behind him and handcuffing him. I hear a high-pitched scream and start to cover my ears before realizing it’s coming from me.
“What are you doing?” I cry as a woman wraps an arm around me and tries to lead me into the kitchen. I squirm out of her grasp, but in an instant she’s got me again. I twist my head around as she marches me out of the living room.