My Lucky Penny by Jill Barnett

NYC architect's Christmas search for a dollmaker who can help heal his 4 yr old niece. 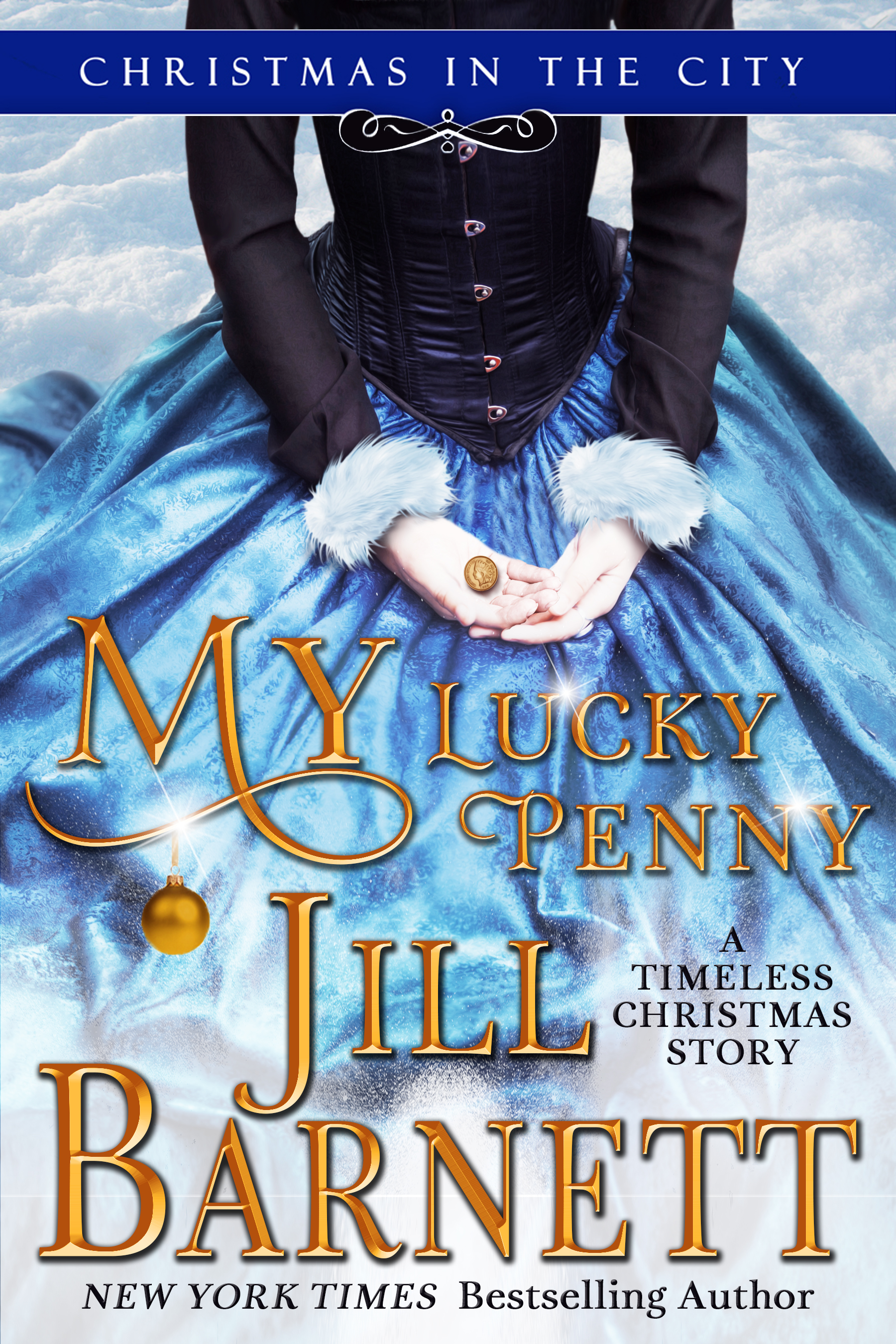 A new in 2018, never been published love story from New York Times Bestselling Author Jill Barnett. When famous architect, Edward Lowell suddenly becomes guardian of his orphaned 4 year old niece, the life he has known is turned upside down. His niece is grieving and when she spots a doll in a store window, he sees the first signs of happiness in her eyes. But the doll is sold before Edward can buy it and he sets out to find the dollmaker in the hope she can help him find a way to heal his young niece.

Edward Abbott Lowell was named man of the year by the four hundred esteemed members of New York City's most exclusive gentlemen's club.  As he walked around the grand ballroom of the Union Club, shaking hands after his acceptance speech, Edward was struck by the strangest feeling that something was off.  Not with the club or its members, but something else, as if the air around him was vibrating when there was no elevated train nearby.

A few minutes later, he closed the door behind him. Before he turned away,  he looked at the crowded room through the sleek glass of the terrace doors; it was full of expensively tailored coats and custom-fitted vests, pockets slung with many a gold pocket watch and diamond fob, a veritable sea of mustaches, clipped beards, and hair slicked back so all those top hats lined on shelves in the lobby coat room would sit atop the owner's head at the right jaunty angle.

Man of the Year--the Union Club's highest honor...hard to believe.  He shook his head and moved to the stone balustrade that rimmed the third floor terrace and overlooked Fifth Avenue.

Like most of the city's big business, his largest and last project--and the one that had earned him man-of-year distinction--the Grant Building, had been negotiated and confirmed with a solid handshake in this very gentlemen's club a few years ago.   And it had only taken him over a decade of hard work, and the sheer luck of being picked out of Boston Tech to go to Chicago as a protégé to the great architect William LaBaron Jenney, proof that even a blind monkey could find a peanut once in a while.