Murder at the Peking Opera by Amanda Roberts

Take a peek behind the curtain at the fascinating world of Chinese opera in Murder at the Peking Opera, book 3 in the Qing Dynasty Mystery Series. 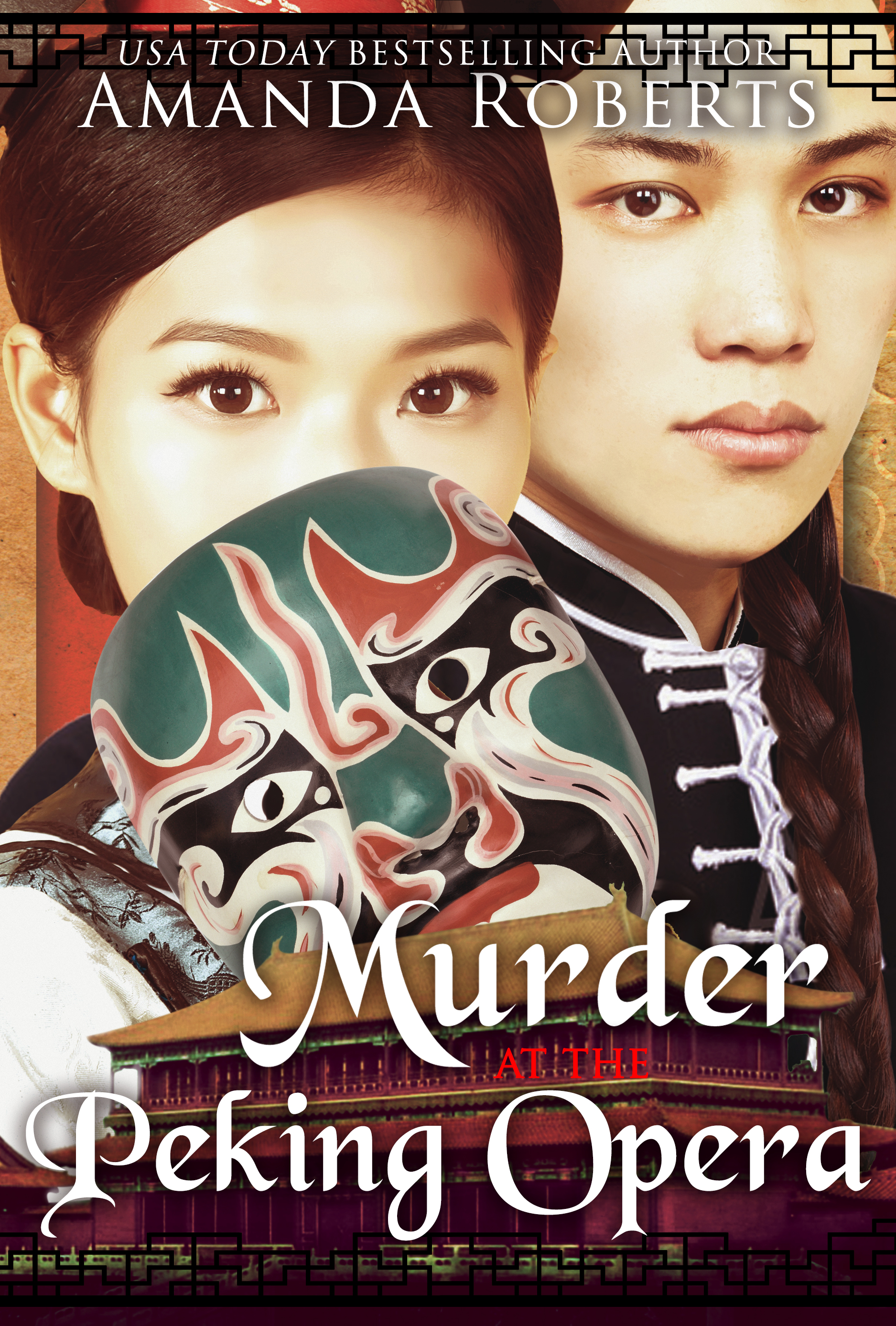 After helping Prince Kung avert an international disaster and negotiating with Inspector Gong's mother for his betrothal to Concubine Swan, Lady Li takes a well-deserved evening to enjoy the first public performance by a female Peking opera performer. But her relaxing night out takes a dramatic turn when a murder is committed on stage during the performance.

Inspector Gong's attempt at finding a distraction from the troubles in his heart is thwarted when he and Lady Li attend the same opera performance. Thankfully, a murder in front of hundreds of people plunges him into a world usually hidden behind curtains and costumes.

The empress has decreed that women can now play female roles in Peking's beloved operas. But few women have been willing to undertake the challenge and risk the wrath of the more conservative opera patrons. When the first woman willing to step into the role of the "dan" becomes the prime suspect in the murder of her co-star, Lady Li begs Inspector Gong to delay in arresting the actress and find the real killer before the woman is executed for the crime. With the future of Chinese theater hanging in the balance, Inspector Gong must try to find the truth among people who mask their real faces for a living.

Will Lady Li and Inspector Gong discover the killer? Or will the empress's first attempt at social change lose its head before it finds its footing?

Take a peek behind the curtain at the fascinating world of Chinese opera in Murder at the Peking Opera, book 3 in the Qing Dynasty Mystery Series.


Lady Li cleared her throat and motioned for a maid to bring some more tea. She was doing her best to affect the air of superiority she usually carried, but the woman sitting across from her was a formidable opponent. She willed her foot to still, not tap, and to hold her teacup gingerly instead of gripping it like a vise.

“Of course, we are more than pleased our son has finally agreed to a marriage match,” Gong Furen—Inspector Gong’s mother—said as she held her head up and tried to look down her nose at Lady Li.

But no one looked down on Lady Li.

Lady Li had worn one of her most ornate chapaos, and her hair was perfectly styled around her batou headdress. The jewels she used to decorate her hair were large and gleamed even in the diluted light of the formal sitting room they were currently occupying in Lady Li’s mansion.

Gong Furen had spared no effort in her own attire as well, but it was clear that her embroidery thread was not as expensive as Lady Li’s and she owned far fewer jewels. But there were other areas where Gong Furen surpassed Lady Li. Specifically in that she had sons, one of whom wanted to take Lady Li’s companion and her late husband’s former concubine, Swan, as his wife.

Gong Laoye, Inspector Gong’s father, was present as well, but other than the prescribed greetings, he had remained silent. Allowing his wife to handle the negotiations. Lady Li suspected Gong Furen handled most aspects of their life together.

“But under the circumstances,” Gong Furen continued, “you understand why we would…have concerns.”