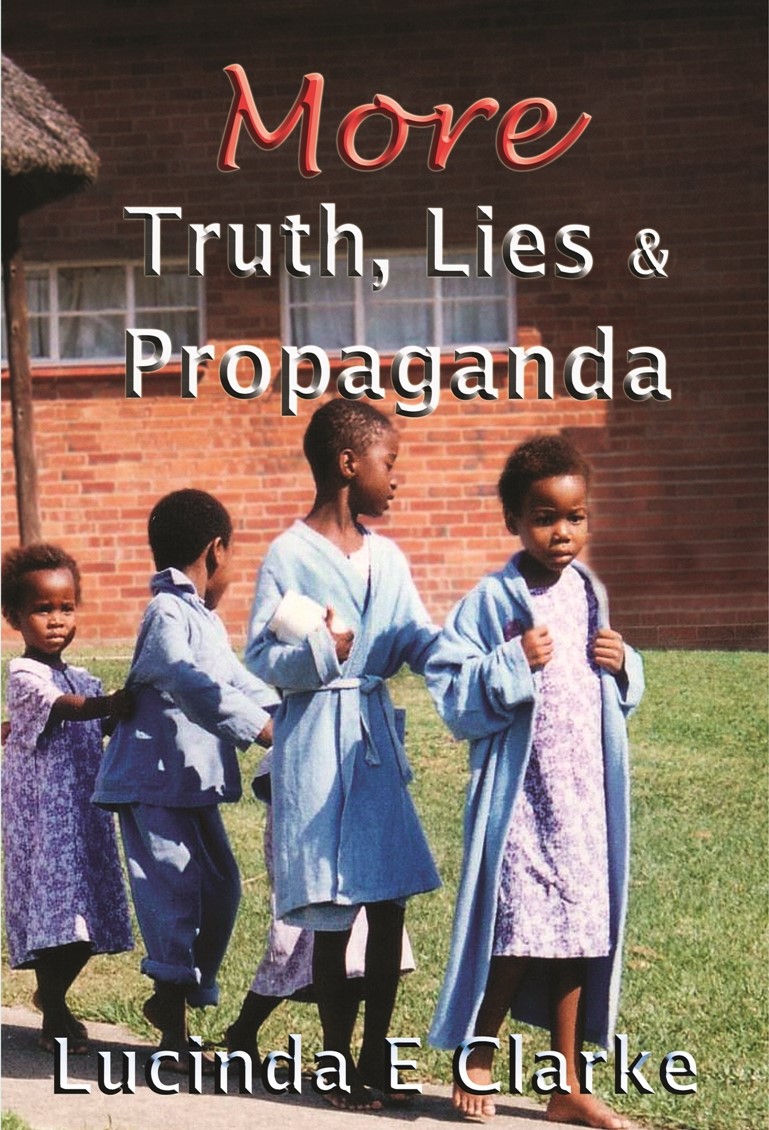 More unbelievable tales from behind the camera lens, as Lucinda and her ‘rainbow crew’ travel across South Africa. They meet Mandela, endure a terrifying helicopter ride and empathise with the forlorn Bushmen. There are riots, an abandoned patient, a ram with an identity crisis and a house that disappears. Their stories are both hilarious and heartbreaking, revealing the truth about what goes on behind the scenes in the media. This book proves that propaganda is alive and well on television screens across the world. Never believe what you see on that xbox in the corner of your lounge.


I climbed into the back and Carl climbed in beside me and put on his seat belt. I looked for mine too, but before I could push the little metal clip into place, Carl had grabbed it from me to thread through the handle of the camera.

There was plenty for me to hang on to anyway I reasoned. Well no, there wasn’t. There was the seat in front, but unlike a car, there were no brackets or hooks near the roof. In fact there was nothing to grab onto at all.

The pilot hopped in and started up the engines and we sort of shuddered on the ground for a couple of moments before rising into the air.

I grabbed Carl’s sleeve. “Tell the pilot to stop!” I shrieked. “Tell Johnny he’ll have to go down again!”

“Why?” Carl screamed back.

“Look,” I pointed briefly before grabbing the front seat with both hands. “Look, he’s forgotten to close the door! It’s dangerous! We can’t fly with the door open!”

“He can’t close the door,” Carl shrieked back over the roar of the rotor blades and the whistling of the wind.

“What do you mean he can’t close the door? We can’t fly with the door open! We might fall out! Tell Johnny to go down so we can close the door! We could fall out!” I repeated determined to get the point across.

“He can’t close the door,” Carl shouted back as I nervously watched the ground recede further and further away.

“Don’t be ridiculous, how can it not be there? Has it fallen off?” By now the sweat was running down my face and my sweaty hands slithered around trying to clutch the back of the seat in front of me.