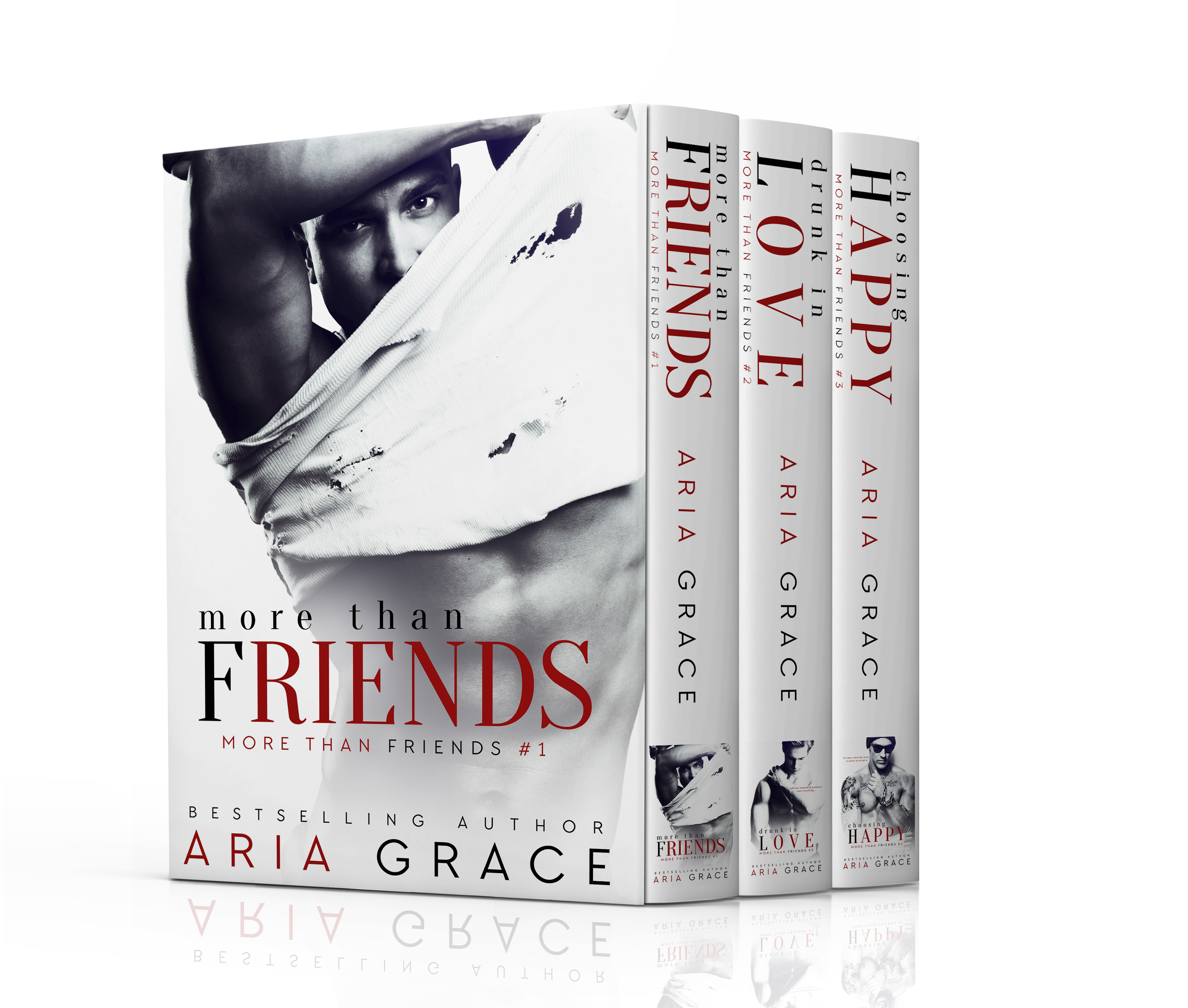 International #1 Bestsellers in Gay Romance: More Than Friends, Drunk In Love and Choosing Happy are now available for a limited time as a BOXED SET!

In Book 1, More Than Friends, Ryan is struggling to get over the break up from his long-term girlfriend. When he finally decides a fling might be exactly what he needs to move on, he expects to find it in a woman. But when he meets Drea's hot cousin, he feels an attraction that he's never felt before. But Drea's cousin is a guy...and Ryan isn't gay.

In Book 2, Drunk In Love, Ryan and Zach have been together for eight blissful months. Just as they are about to take their relationship to the next level, a visit with Zach's ex changes everything. They each make mistakes that could destroy everything they've built together.

In Book 3, Choosing Happy, Steve lives his life in a cycle of work, hookups and regret. He's ruined every relationship he's been a part of and knows he's not cut out for love. The highlight of each day is seeing the hot college kid that walks by his waffle truck every evening. When Steve suspects abuse, he steps in and makes the situation even worse. He has to fix what he's screwed up, and maybe he can fix himself in the process.


He was recently with one of the city’s most well-known Doms, one that not only operates a male brothel but launders millions of dollars through a chain of arcades, but Joey doesn’t like to be out of control. I’d have to explore more about that at the house.

“I can respect that.” I gesture toward his nearly empty Coke glass. “Would you rather have some pop?”

“That’s okay. One beer’s fine. I deserve it after that beat down I gave you for the past hour.”

Joey’s eyes shoot to mine and hold for just a second before averting down to his hands. He’s trying to hold back a grin but quickly loses the battle before finally saying, “I’d like to see you try.”

Dammit. This kid is too tempting. “Careful what you wish for.” I say it as a joke but I feel it in my gut when his eyes move to my mouth and darken hungrily.

“Don’t let me interrupt,” Caleb says quickly as he slides the pitcher and two icy mugs across the table before setting a basket of wings in the center. Caleb turns so he’s facing me and mouths, “He’s cute,” before walking away with the empty tray.

Joey is definitely cute. And vulnerable. And not looking for someone like me to take advantage of him again. He needs to get out of this mess with DeMonaco before he can even think about getting into another relationship.