Extensive interviews with ten top day traders and swing traders who find stocks that move and capitalize on that momentum. 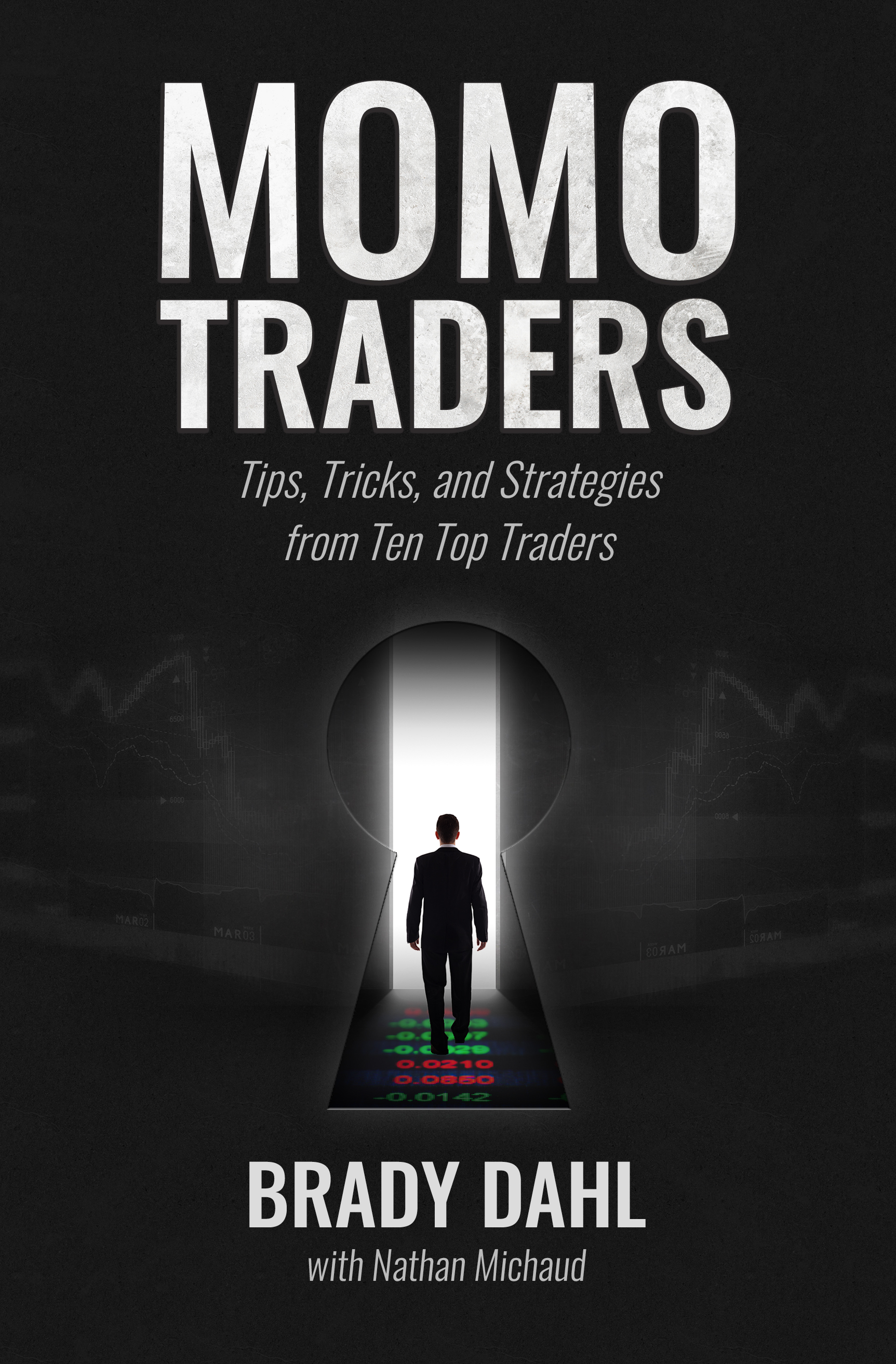 Momo Traders features extensive interviews with ten top day traders and swing traders who find stocks that move and capitalize on that momentum. They began where you are and now make a great living, some even becoming rich. They weren't given a leg up, they didn't start with millions, and they don't manage billion-dollar hedge funds. They battle the market day in and day out just like you, and win! Hear in their own words, how they got started, what strategies they employ, how they deal with losing streaks, what setups are most profitable, how they overcome blowups, what tools they use, how they enter trades, how they exit trades, how they manage risk, how they maintain success, and much, much more. From the swing-set builder trading with credit card advances to the penny-stock trader outwitting market makers to the accountant funding trading accounts with cash his employer gave him to pay for his MBA, these Momo Traders have figured out what it takes to beat the market.


The book has done nearly $200,000 (two hundred thousand dollars) in sales so far in English, so we feel it will sell very well in other languages and markets. It is very well reviewed online at Amazon and other sites. Traders all over the world have bought it already, but we've had many ask for it to be in their native language. We haven't done that yet, until now...

We are also developing the SEQUEL to Momo Traders, so if this translation goes well, there could be a second version to translate soon.

We also give a large portion of our profits to charity, more than $50,000 so far.


Gregg Sciabica (@lx21) is a Tucson, Arizona trader who has been the #1 trader on Profit.ly for several years and has grown to be one of the most well-respected traders on Twitter.

Both his parents worked as computer programmers at Bethlehem Steel in Bethlehem, Pennsylvania and passed that passion for numbers on to their son. As a child, he reverse engineered formulas like the NFL quarterback passer rating and knew one day he wanted to make a living betting on football games while trading stocks in the off-season.

An extremely thoughtful trader, he considers everything from the psychology of other market participants to the ergonomics of his trade desk. He believes in taking full advantage of trading opportunities, even trading with cash advances from credit cards during the internet bubble. His method of compounding profits has served him well over his career, resulting in profits of over $5 million in each of the last two years.

Well I was always into numbers, even as a child. I had this naive idea that I could figure out a pattern or some kind of method for picking the right stocks. In 8th or 9th grade our school ran a ten-week stock market competition where you started with $100K in paper money. I knew I wasn’t going to win making a 5% gain on IBM in ten weeks. I had to pick low-priced stocks which would make the biggest percentage moves. Well that put me at odds with my teammates, who thought investing in Playboy was the coolest thing in the world. Needless to say we didn’t win with their strategy. I wanted to win, so for the next year’s competition I found two people who didn’t care.

The rules called for a 3-person team, so I found some complacent people who let me do whatever I wanted. And then over the first six weeks everything I did backfired. ...