Mixed Up by Sky Corgan 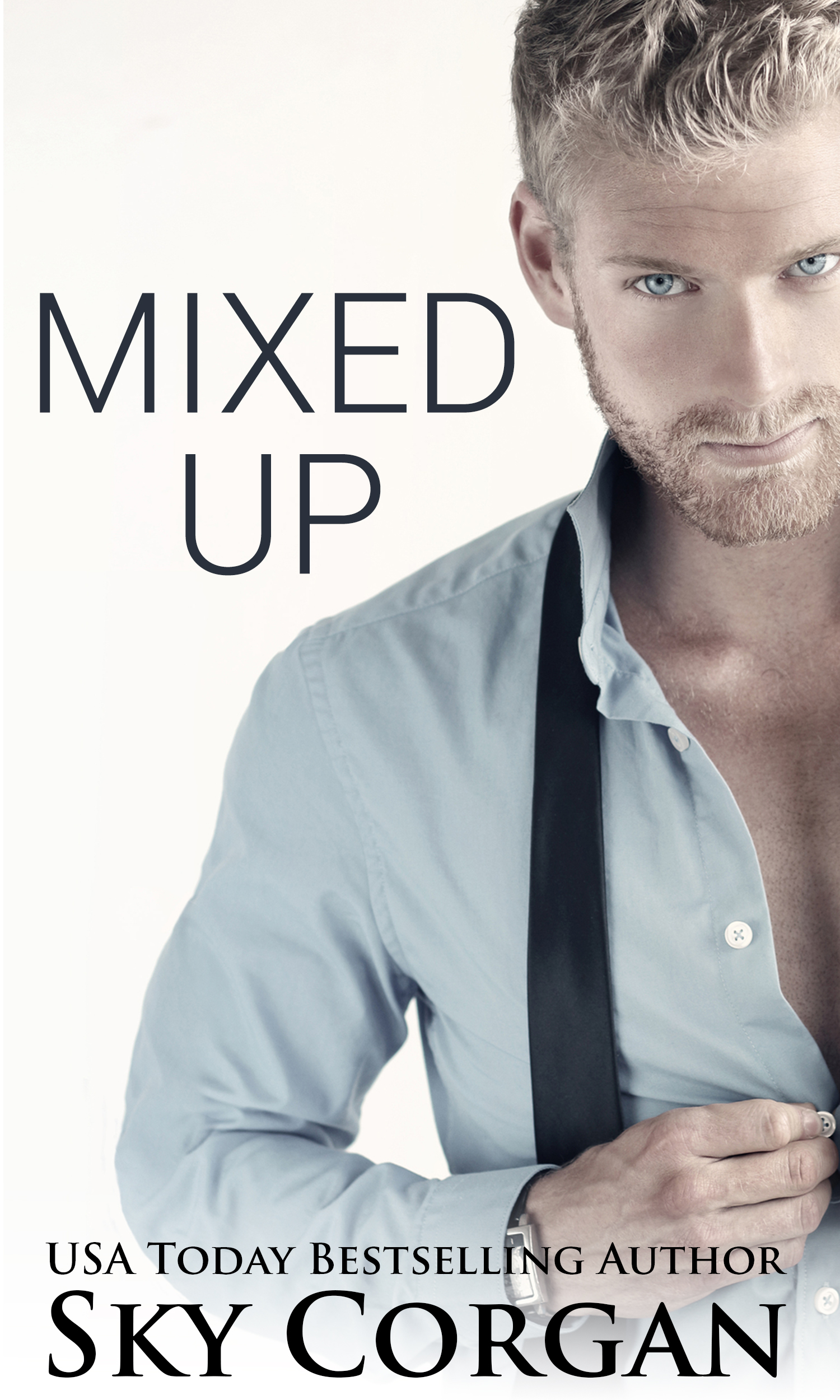 Kira Golden needed a job, and just about anything would do. When she walked up the steps of the imposing Enkidu Industries building, she thought she'd just be interviewing for the receptionist position. She never expected to come face to face with a naked man.

Parker Bernier is a world-famous entrepreneur, and he has the ego that goes with it. Nothing seems out of bounds for the handsome blond billionaire, and he's not afraid to do what it takes to have his way. That includes having his way with Kira's body.

Captivated by his skill and charm, Kira finds herself giving him more than her body. There's another man after her heart though, and he's not about to give up. When secret lovers come to light, there's no way of knowing if Parker's feelings are sincere, or if he's just setting Kira up to fall.

Mixed Up is a stand alone novel that does not end in a cliffhanger.

There was a long gray hair in the take-out burrito I ordered for lunch, and when I started walking up to the imposing Enkidu Industries building, my heel slipped through a crack in the sidewalk and snapped right off. Up to that point, I was early. I'm always early. But an emergency trip back to my apartment to grab a new pair of shoes has put me fifteen minutes behind.

As I rush towards the building, I wonder why I'm even bothering. Who wants to hire someone who is fifteen minutes late? I've already taken the time to change shoes and come back though, so there's no harm in seeing if they'll still be willing to interview me. At worst, they'll say no, and I'll probably be no better off than if I had arrived on time anyway.

My optimism is at an all-time-low. Job hunting is soul sucking, and when you've been rejected as many times as I have, it's hard to keep a fake smile plastered on your face and genuine hope in your heart. I'm not even qualified for this job, so why should I really care. It was a miracle they offered me an interview in the first place. That ship has probably already sailed though. Now, I'm just going through the motions. Going through the motions at lightening speed, with a cramp in my calf and sweat dotting my brow.