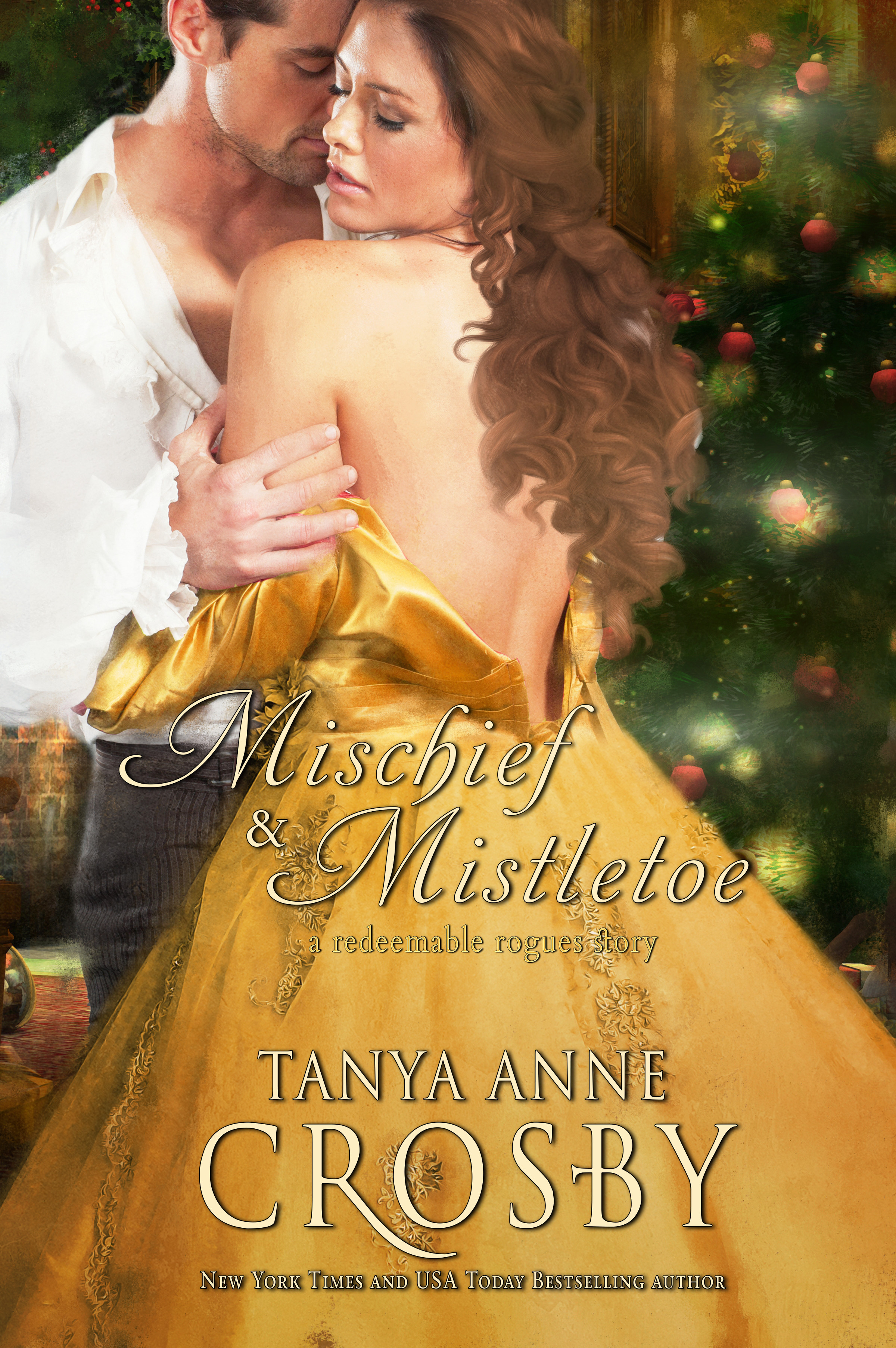 'Twas the Week Before Christmas ...
Suspecting he can never be the man Emma Peters wishes him to be, Lucien Morgen, the fifth duke of Willyngham, decides to break off their long-standing engagement... only to discover the innocent fiancé he set aside for years has unexpectedly blossomed into a passionate, irresistible woman.

When All Through the House...
As the family counts down to Christmas, everyone else seems to realize Lucien and Emma are truly meant to be--except the oblivious couple. With the help of some very mischievous children, Emma and Lucien are about to discover that a little mischief beneath the mistletoe might just open their hearts to love.


New York Times bestselling author Tanya Anne Crosby is a five-time nominee for a Romantic Times Career Achievement Award. She is best known for stories charged with emotion and humor and filled with flawed characters. Tanya has written for Kensington Publishing, Harlequin, and Avon Books/Harper Collins, where her fifth book Once Upon a Kiss launched the Avon Romantic Treasures line. She lives with her husband, two very spoiled labs and two ex-stray cats in northern Michigan and grew up in Charleston, South Carolina. Her favorite color is green. She once tried to change her name to Anne (in the third grade) and has a dual citizenship (U.S. and Spain), which she fully intends to put to good use now that the kids are grown and have their own cars.

Emma didn’t quite know what to say.

The frown lines etched about the duke’s lips seemed to deepen with every attempt she made to cheer him. Pressing her hands at her sides, she quashed the urge to lift her fingers to his mouth and soothe the harsh lines from his face. It wouldn’t be proper, she realized.

Like a marble statue, her betrothed stood, hands linked behind his back, peering down at the narrow ribbon of beach below. He hadn’t spoken for the longest time.

Above them seagulls wailed, swooping gracefully toward the sea. The ocean crashed below, pounding restlessly at the shore.

Peering down alongside him, Emma mustered the courage to breach the silence. “Beautiful, is it not?” she asked, and swiped her palms down across her new lemon-yellow morning dress. She’d worn the gown just for him—because he’d once told her the color reminded him of sunshine. He said he thought it a very merry shade, and after her father’s warning of the duke’s sour mood, she hoped it might somehow cheer him.