MEGAN AND THE RADIO ONE ROAD SHOW by Owen Jones

The Radio 1 Roadshow comes to Feyton, and Megan goes to see her heroes, but not all is quite as it seems... 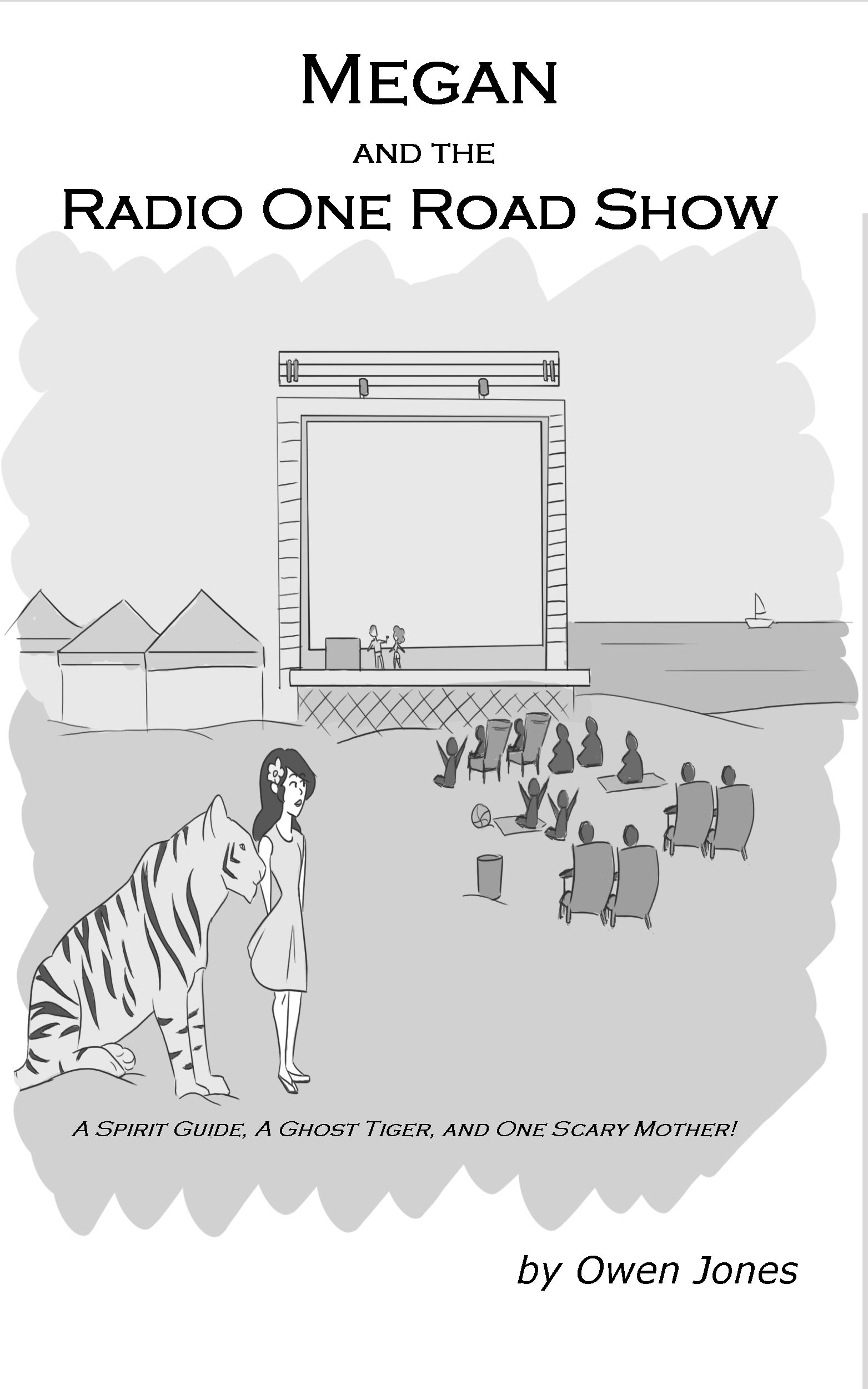 Megan and The Radio One Roadshow

Megan is a thirteen-year-old girl with Supernatural powers. Some of them are still only partially developed and others are working, but she doesn't know how to use them yet.

Her biggest problems for the moment is finding a Teacher who can show her how to handle them properly. Another is that she doesn't know anyone who knows anything about Supernatural powers.

In fact, her mother is violently against the Supernatural, as was her mother before her.

The only people who seem willing to help her are dead, not that that makes any difference to Megan.

She embraces their help with open arms

In 'Megan and The Radio One Beach Party', Megan and her friend, Jane, go to the biggest youth social event of the year in Feyton, in fact the biggest for several years. Megan sees one of her heroes in a new light, and introduces Jane to aspects of making friends.

During meditation, Wacinhinsha, Megan's Spirit Guide, shows her how to extract every last drop of 'goodness' out of an experience, whether it be a good or bad one.

The article on the front page of the Thursday ‘Herald’, the local paper in Feyton, reminded its readers that the Radio One Road Show would be holding a two-day outdoor broadcast from Feyton beach the coming weekend. Megan was studying the news story with great interest because Radio One was her favourite music station. She was hoping to be able to go, because all of her friends would be there as well.

She had known that the road show was coming in August, because she had heard of it while listening to the radio months before. She had even made an entry about it in Outlook’s on line diary, but that had apparently failed to do its job. Megan looked at her phone for the time. Three o’clock, she could find out what Jane’s plans were.

“Hiya, what are you up to? Me? I’m sitting in the garden reading the local. Guess what it says on the front page? No, it doesn’t... It says in big letters: ‘Radio One Road Show Comes To Feyton Beach’... blah, blah, blah... double event covering the whole weekend’. Isn’t that fantastic? Why don’t you come over now and we can have a chat about it? Ok, see you in five minutes.”

Megan put the paper down and went into the kitchen to prepare some blackcurrant cordial in a jug, which she topped up with ice and took outside with two glasses and a packet of biscuits on a tray. Just as she started to sit down, she heard the lane door rattle.

“Hang on a sec, Jane!” she shouted. “Sorry about that I forgot that it was still locked. Come on in, I’m sitting at the table.”

“Why aren’t you sunbathing? You’re missing all this glorious weather. You don’t mind if I do, do you?”