Megan and the Cookery Competition by Owen Jones 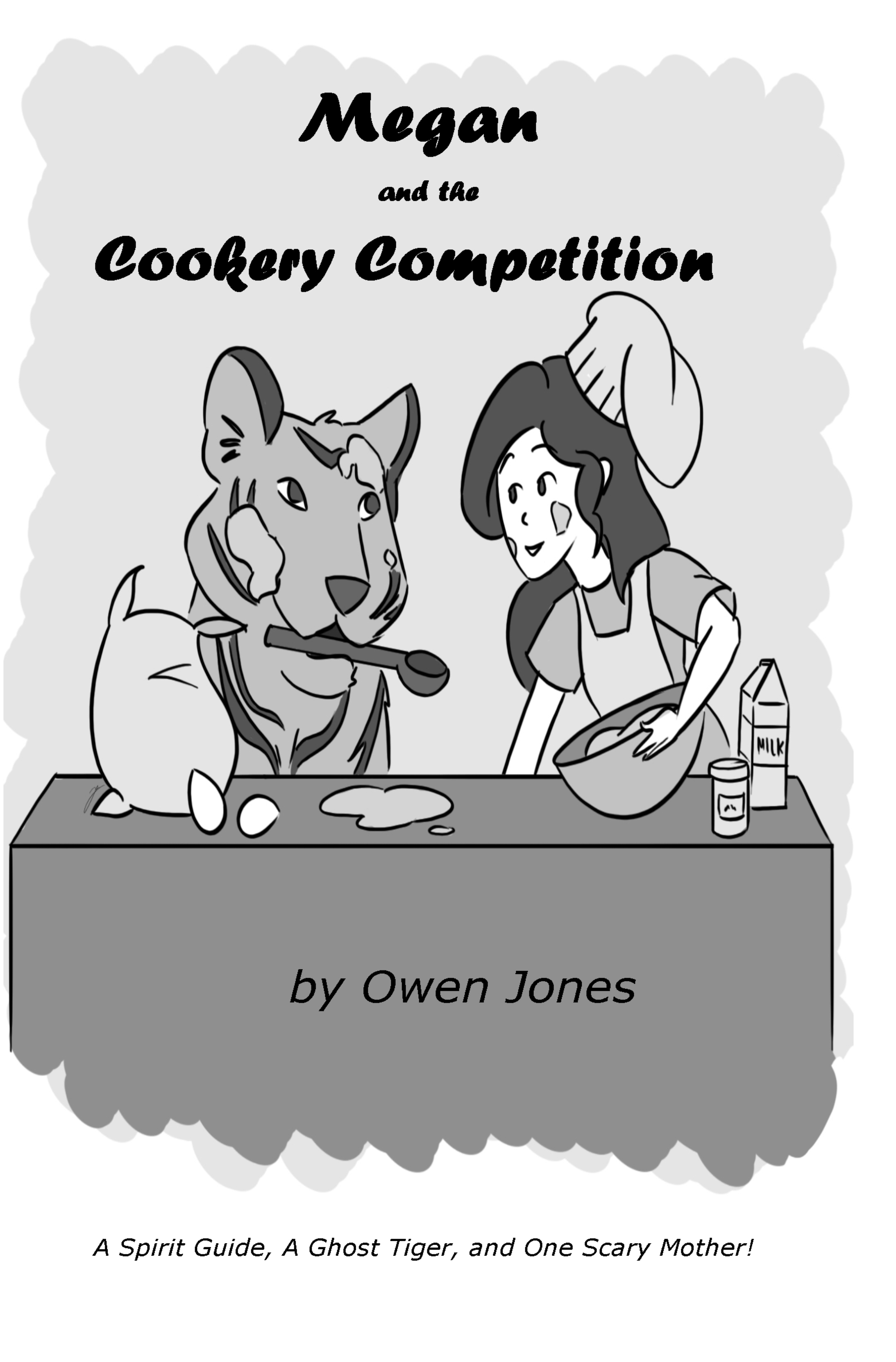 Megan and the Cookery Competition

Megan is persuaded to go in for the Women's Institute annual cooking competition, which her mother enters every year. They both have a great time, but Megan gets to see the darker way competition affects some people using her Third Eye.


Sales are OK, but depend on the sales of previous editions

One Sunday afternoon during the school summer holidays, after the regular feature film, while they were still waiting for their enormous lunch of roast leg of lamb, roast potatoes, boiled new potatoes, peas, beans and carrots from the garden, with mint sauce, followed by a dessert of rhubarb crumble and custard, to go down, the family was watching a cookery competition on TV.

“I've been thinking for some time now, Megan, that you should have started to learn how to cook by now. I know that you dabbled with French cooking after our holidays there, but I mean traditional Welsh and British cuisine. I was only seven or eight when I started to help my mother out in the kitchen. How about you, Robert, did you help your mother cook?”

“Oh, yes! See that scar on my thumb there?” He leaned forward so they could get a better look. “It's only an inch long now and doesn't look much, but that was the whole side of my thumb when I was six. Mam sewed it back on with a needle and thread while we were waiting for the ambulance to arrive.”

“I don't remember it, to be honest, but apparently, I used to help Mam in the kitchen, shelling peas, snapping beans, cutting out biscuits and Welsh cakes with the pastry-cutter, that sort of thing, and one day, I tried to get a plate out of a cupboard when her back was turned doing the washing up. I fell, smashed the plate and took a big slice out of my thumb...”