When you hear Apple TV you immediately think it is an actual TV that you are purchasing. But this is not the case. The Apple TV is actually a device that you will use to stream something a little similar to Amazon's Fire or Roku. 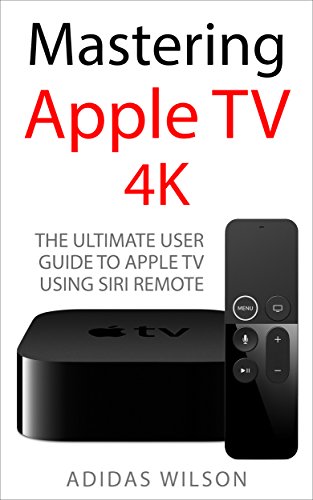 When you hear Apple TV you immediately think it is an actual TV that you are purchasing. But this is not the case. The Apple TV is actually a device that you will use to stream something a little similar to Amazon's Fire or Roku. It is a little black box that is about an inch and a half tall, just a little bit less than four inches, and it runs on a very similar platform to the iPad and the popular iPhones. You can download a list of apps and also games beyond the standard streaming video that you could get from Hulu, Netflix, Amazon, just to name a few. The Apple TV has been centered on various apps, and it is still able to stream multiple TV shows, movies straight to your HDTV, but this is just the tip of the iceberg on the features this box has been packed with. The box allows you to watch and stream podcasts, play your favorite game, stream your workout playlist, and much more. But what is important to note, to enjoy all these benefits this box is ready to provide it will all depend on the apps that you have installed. Some of the apps you will use are free, and some will cost. Think of it this way; the Apple TV is able to turn your TV into a Smart TV. You can either rent your favorite movies or merely stream your collection from your iTunes account. You could also stream movie shows from apps like Hulu Plus or Netflix; stream your music from the Pandora or Apple Music apps. I mean the list is endless on what the Apple TV can actually do for you. The Apple TV 4K has been designed with some of the fastest processors you could find, the same that powers the iPad Pro. The Apple TV box has been made to be as powerful as most laptops we use. It also has a fast graphics processor that has been designed with enough power that could turn the black box into a game console. Nothing sounds better than this. Apple has genuinely revamped the new generation, but this does not mean you have to throw away your older model, just the same thing they have been doing with iPhone. The third generation is still available in the market for you to purchase.