The story of a lesbian serial killer continues 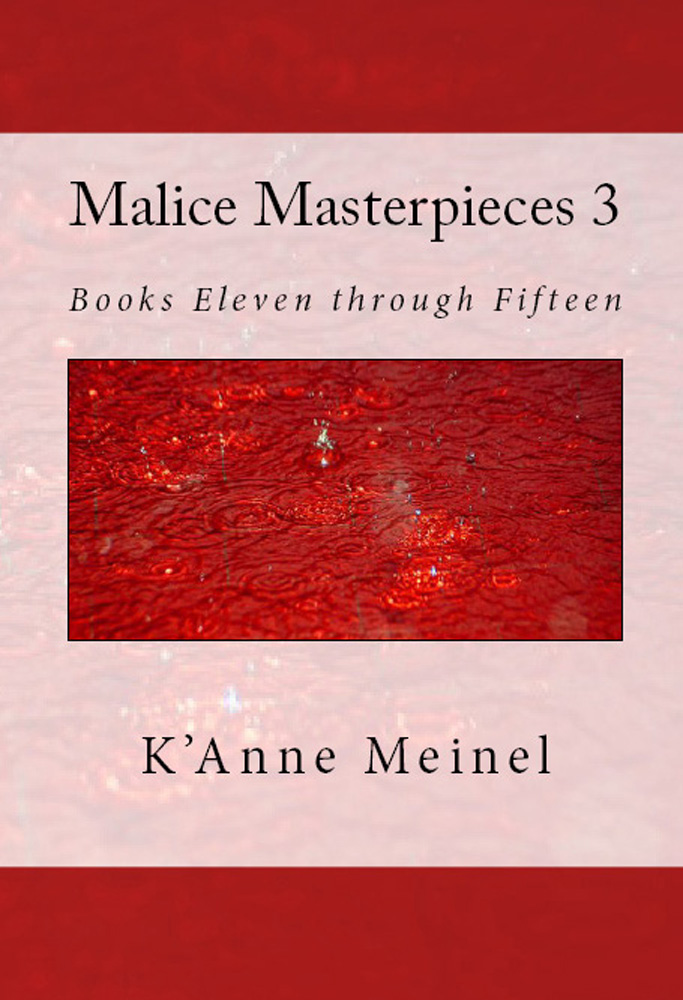 From an early age, she was always “different.”  People noticed it: from her unusual eyes that changed when she felt intense emotions, to her brain and her peculiar habits.

Here we find out more about the youthful Alice and why her early life experiences made her the woman who has intrigued us all.

Alice is tired of the killing; she wants a nice, normal life.  Circumstances won’t let her though, and although she has tried to do the “right” thing, the “moral” thing, life won’t allow her to do anything but what she needs to do to protect her family from those who would hurt them.

The possible end of Alice’s marriage means that she has to leave the home she has built with Kathy.  She moves back to New York to start over.  Running into her college roommate and former lover sets off a chain of events that even Alice couldn’t anticipate or control.

When Alice renews old friendships and meets new people, we learn a bit more about her and her exhilarating past.  The new people in her life though, means new changes are in store for our beloved Alice—changes she might not like.

Left alone to deal with the enormity of the estate that was willed to her, Kathy must go on alone.  Can she deal with the children, the finances, the legitimate and not so legitimate business dealings? The many surprises in store for her, some welcome and some not so welcome, begin to change Kathy.

Meeting the “other” women in Alice’s life, as well as many people she didn’t know were in her past, may prove to be too much for Kathy.  Will she rise up to the occasion or fail horribly?  Perhaps Alice saw more in Kathy than she herself knew was there?

Angry at being left alone to cope with the enormous fortune Alice left her, Kathy has to learn to deal with business, family, and a blackmailer who is certain he has her over a barrel.  Dealing with the life she now leads, she doesn’t realize until it’s too late how much Alice and her “lessons” have influenced her and her reactions.  “Accidentally” killing her blackmailer leads to being a target by his brother with the apparent backing of the L.A.P.D.  Being in their crosshairs, she realizes she has to change her strategy as life seems to get away from her, and the enormity of it all may come crashing down on her and her.


This is a very popular crime-fiction series, following a lesbian serial killer and her life including a family.


“C’mon, you pussy, hit harder,” he encouraged her and then was surprised when she did.

The little girl in the pig tails threw a hard-right cross that he easily blocked, but when she threw a combination, he missed the leg coming up that connected solidly with his chest and made him fly back across the floor and off the mat, coming to rest up against the basement wall where they were practicing.  Her gloved hand flew to her open mouth in consternation, waiting for the berating that was sure to follow.

The big, buff man was gasping to get the air back into his lungs.  He looked up in surprise that a little girl, such as she, had managed to knock him on his ass.  As his breathing sacs managed to fill, and there had been some doubt for a moment, he grinned, not only showing her that she wasn’t in trouble but managing to convey his pride in the fact that she had bested him for a change.

“Where did THAT come from?” he gasped in undisguised pride at her achievement.

“I saw it on that last Bruce Lee movie we saw,” she said quietly, not sure if she wasn’t still in some sort of trouble.  She was waiting for the sneak attack.

He nodded as he began to breathe normally.  His chest hurt, and that more than anything would usually have pissed him off.  He sat there long enough to realize she was waiting, almost cowering, but not quite enough to irk him.  He was proud; he’d gotten that lesson across at least.  She had no reason to cower.  She was his daughter, and he had taught her well.  He didn’t acknowledge the Bruce Lee movie or what she had learned by observing it.  She was his daughter, and he took full credit for her accomplishments.  Slowly, he pulled himself off the concrete floor.  She’d kicked him back far enough to be off the mats that they practiced on.