Luring the Biker by Cassie Alexandra 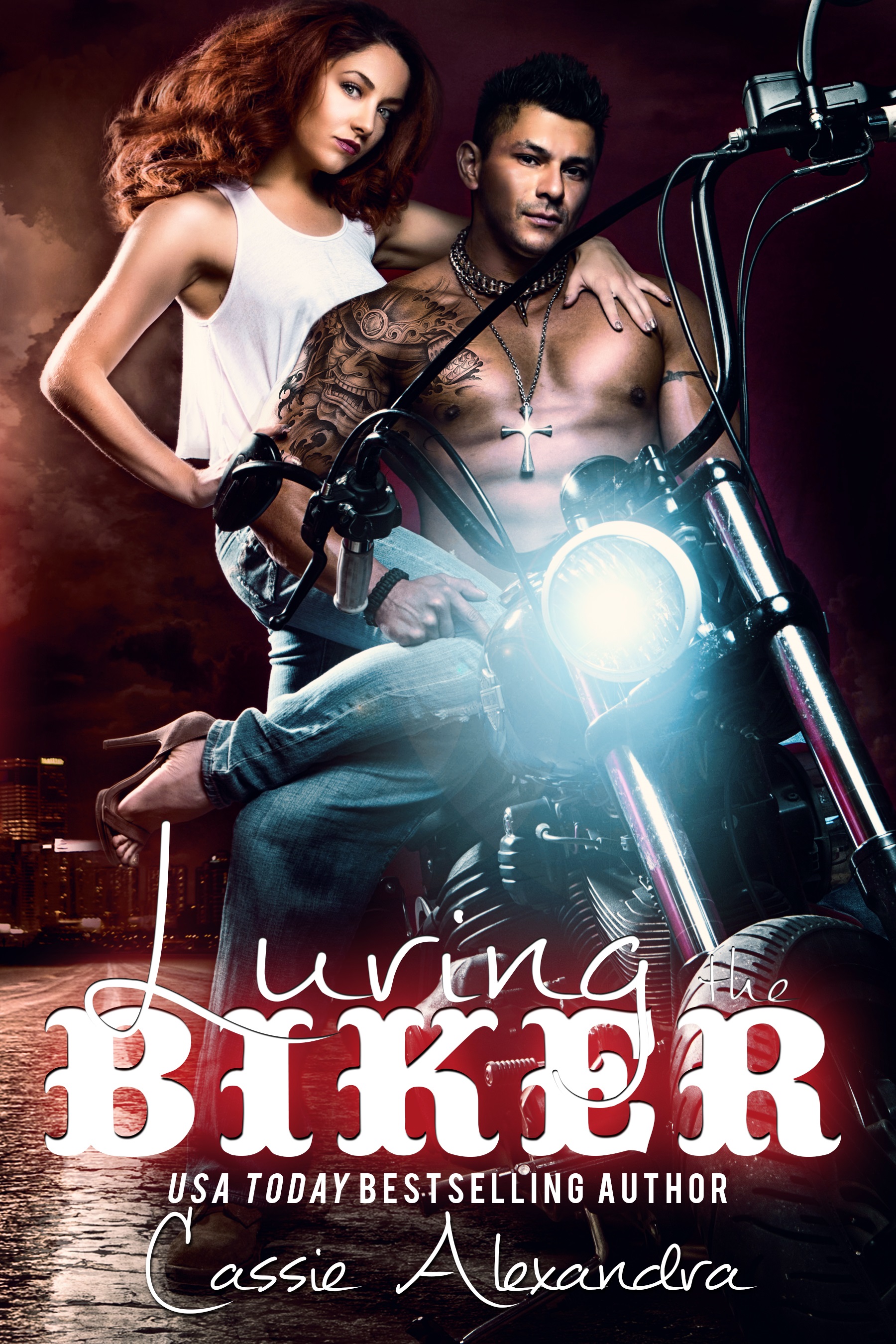 This is book 7 of the Gold Vipers.

Dom knew that he was in for some challenges when he became the new V.P. for the Gold Vipers, St. Paul Chapter. What he wasn’t prepared for, however, was a phone call from a woman, claiming that he was the father of her dead sister’s daughter, Ruby. Even with his psychic abilities, he never saw that one coming.

When Peyton Francis is pressured by her real estate company into showing a house to a member of the notorious Gold Vipers, panic quickly turns to relief when she realizes the bad boy biker is sweet and not the thug she feared him to be. Things quickly heat up between the two and Peyton finds herself falling for Dom, despite his turbulent lifestyle. Can their relationship survive, especially after she is targeted by his enemies, or will she cut her losses and run like hell?

This book is related to The Biker series, but it concentrates mainly on the St. Paul Chapter of the Gold Viper's club. To find out more about this group, and how they became patched over by The Gold Vipers, you can read Phoenix Rising, by Kristie K. Shafer and Cassie Alexandra.

This story contains crude language, sexual situations, attempted rape, and violence. Is not suitable for readers under the age of 18. Please do not buy if any of this offends you. This is a work of fiction and is not meant to be a true depiction of a motorcycle club. It was written for entertainment only.


CANE, THE PRESIDENT of the Blood Angels, pounded the gavel against the table, frustrated with the twelve club members seated before him.

He lit up a cigarette while they waited for him to speak. The guys had been arguing about what to do with the newly patched-over Gold Vipers of St. Paul, formerly Steel Bandits. Cane knew they weren’t going to like what he was about to say. But, there was a reason why he was president and they weren’t—they all acted on emotions, and that’s why they were in their current position. “This is what we’re going to do, brothers. Ab-so-fucking-lutely nothing.”

They all stared at him in confusion.

“What do you mean, nothing?” grumbled Dice, staring at Cane in disbelief.

“They’re looking for a fight,” said Cane. “And as much as I’d like to meet those douchebags head-on, they’ve got the backing of the Gold Vipers. It would be suicide to have a face-off right now.”

“Those fuckers killed Charlie and ruined my bachelor party,” mumbled Jet, the V.P.

If that wasn’t bad enough, the police showed up and he’d ended up in jail because of some shitty, outstanding parking tickets. Luckily, they’d been able to hide Charlie’s body, preferring to avenge his death without the law.