Book Four of The Caversham Chronicles 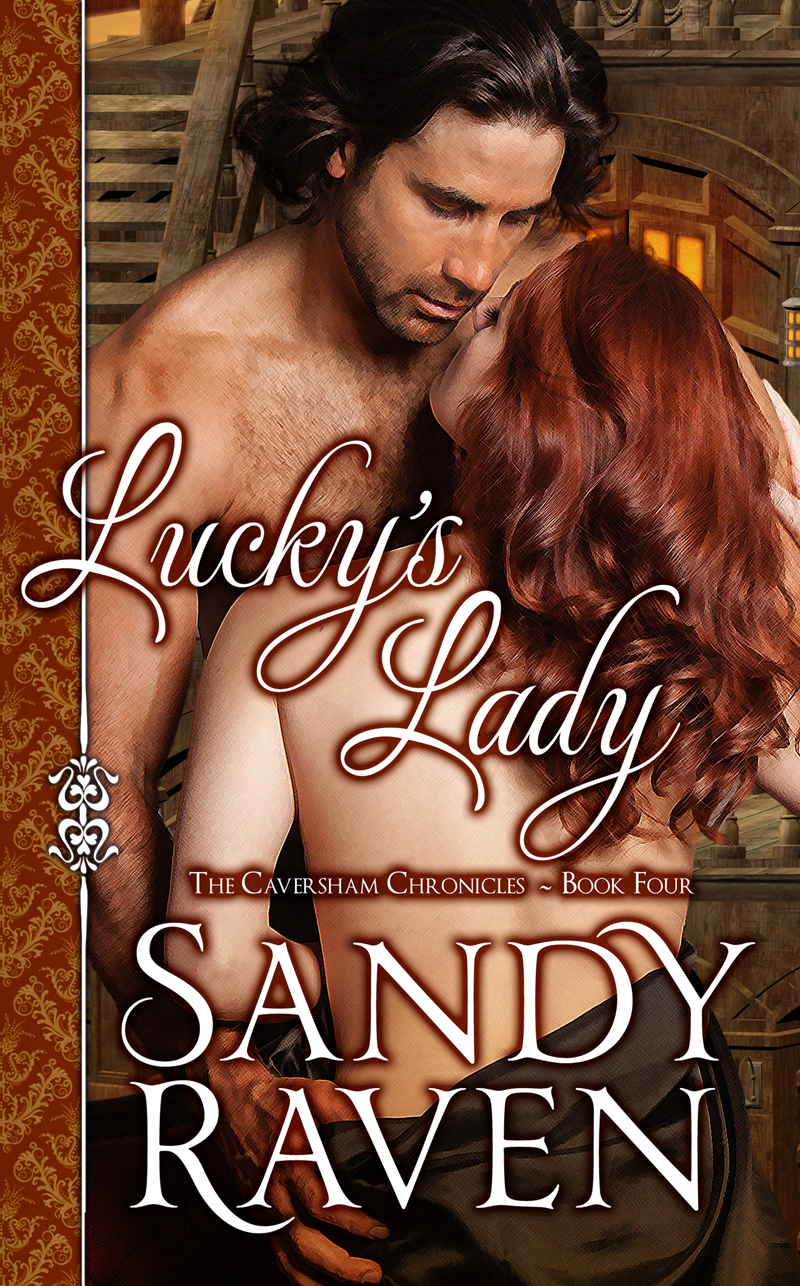 When Mary-Michael Watkins married her elderly mentor who owned the shipyard where she worked, she never thought she’d miss the things he can’t give her. But as the years pass, she discovers a surprising need for a child that grows stronger each day. Her husband urges her to look elsewhere for a man to sire the baby she wants, but she can’t even consider such a thing—until she meets Captain Gualtiero.

Luchino Gualtiero, is a man to whom family means everything. Second to family is growing his tea import company, and he’s come to Watkins Shipyard to have two new ships built. He’s enjoyed married women in the past, so has no issue bedding the beautiful wife of the shipyard owner. But when it comes time to leave her, his heart cannot forget her.

Shortly before her husband’s death, Mary-Michael realizes she is carrying the captain’s child. A spurned suitor accuses her of adultery, claiming to be the child’s father to gain the Watkins fortune, and she is forced to ask the captain to care for their child in the event she is found guilty and hanged.

Lucky will do whatever is necessary to have Mary for his own—and to be a part of his child’s life—even kidnap her from her cell and take her on the high seas with him. He knows she’s long fought her feelings for him, and aboard the Lady M he will convince her that his love for her is as endless as the ocean.


Book releases on 4/28/15, the previous books in this series sell very well.


T his was dangerous territory, Mary-Michael reminded herself as his lips came
down on hers in her very first kiss. Her emotions were in jeopardy. She didn’t like
this feeling of helplessness when he touched her the way he was touching her... as
though he treasured her, adored her. And she most especially didn’t want to lose
her heart to this man.
If she were honest with herself, she’d known all along that this was a
possibility. Perhaps that was why she had she tried her best to keep him at a
distance. Now, with her husband’s blessing, she stood in this room, about to make
love with this man. She was going to break her vow of fidelity while at the same
time she prayed to get with child.
She shouldn’t be reveling in the myriad sensations he created in her. She
shouldn’t be enjoying this as much as she was. All this man had to do was touch
her, hold her, whisper sweet words to her and she was tingly and wet between her
legs, her breasts ached, and she was pressing herself into his embrace. Surely he
would think her a harlot.
It doesn’t matter what he thinks, does it? As long as I conceive a child.
“I... You should know I’ve never taken a lover.” She wasn’t lying. Really.
Mary-Michael hoped it was a reasonable enough explanation for her skittishness.
“I know.” He stepped toward her and his hand brushed the strap of her
petticoat off her shoulder. He bent to kiss the flesh he exposed and the simple act
caused a vicious clenching reaction in her womanly parts.