Love Only Me by Amanda Mariel

Passion pulls the two together as they discover that love is more important than the obligations and loyalties that threaten to keep them apart. 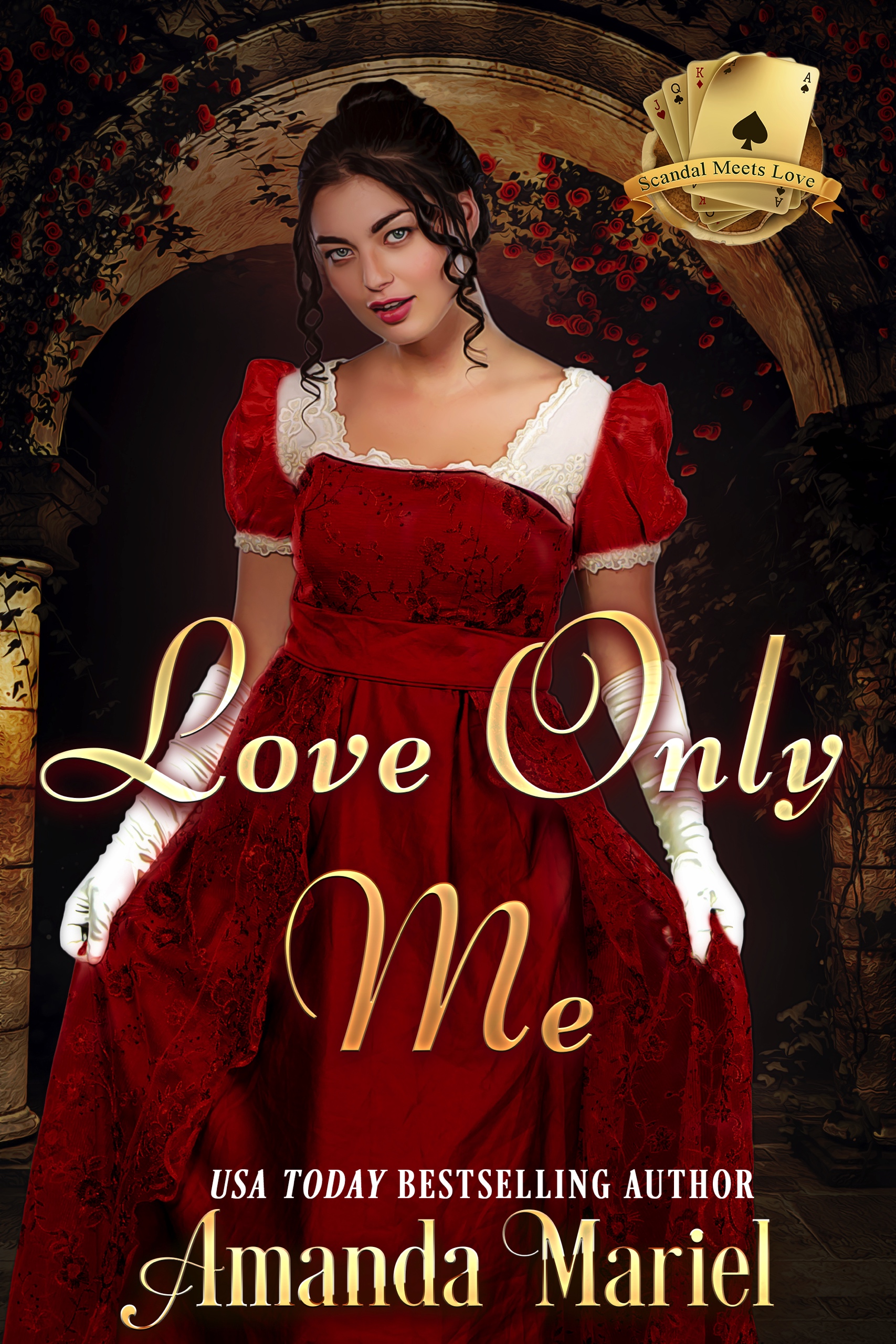 Born a noble woman, raised a hellion, Lady Narissa moves with ease between Londons elite and its seeder occupants. Never quite accepting her role as an earls daughter she started a secret female only gaming hell catering to the ladies of the ton. She is determined to protect her legacy at all costs.

Seth Blakley, Duke of Blackmore, has his hands full with his spirited sister. His only desire is to see her properly wed before she gets herself irrevocably ruined. He never could have imagined what he’d be walking into when he followed her into Lady Narissa’s gaming hell.

Seth is captivated by Lady Narissa and determined to learn more about the headstrong, unconventional beauty. Never mind that all she wishes is for him to be gone and his memory of her club forgotten. Passion pulls the two together as they discover that love is more important than the obligations and loyalties that threaten to keep them apart.


This is the first book in a new series, Scandal Meets Love. The preorder was amazing and sales have maintained since release.


Narissa inhaled a deep breath preparing to launch herself into the fray, then stilled. What if her actions got the duke injured?

“Nice and slow, milord.” The highwayman ordered, clutching Highflier’s reins as the horse reared up.

She bit her lower lip as the duke slid from Highflier's back. He swung his fist, smashing the first robber’s face. As the man stumbled back, his knife soaring out of his had, Seth kicked the second robber in the gut.

While Seth’s back was turned, the third man dropped Highflier’s rein’s and reached for something in his coat.

The knifes metal flashed, and Narissa burst from the roadside, screaming and wielding her blade. “Seth, watch out.”

He glanced at her, fury in his gaze.

“Behind you!” Narissa charged into the fray as the third man lunged at Seth.

The duke spun around, landing a hard punch that sent the man to the ground.

Panting for breath, Narissa came to stand beside Seth. A cursory glance revealed all three of the robbers were unconscious. She examined Seth, her gaze roaming over every inch of him. “Are you all right?”

“Fine. What the devil are you doing here?” He scowled at her. “You could have gotten yourself killed.”

“Me? What about you? Taking on three men? ” Her stomach rolled as she grabbed his hand. “You’re bleeding.”

He attempted to pull free. “It is nothing.”

She held firm, pushing his coat sleeve up his arm to get a better look. “You were cut. This needs tending.”

“Later. Right now we need to get out of here.” He scooped her into his arms and carried her to Highflier. Placing her on the saddle, he swung up behind her. The heat of him so near sent her body into chaos and she leaned back craving more contact.