Love In B Minor by Elodie Nowodazkij

No promises. No fake tomorrows. That was the plan. 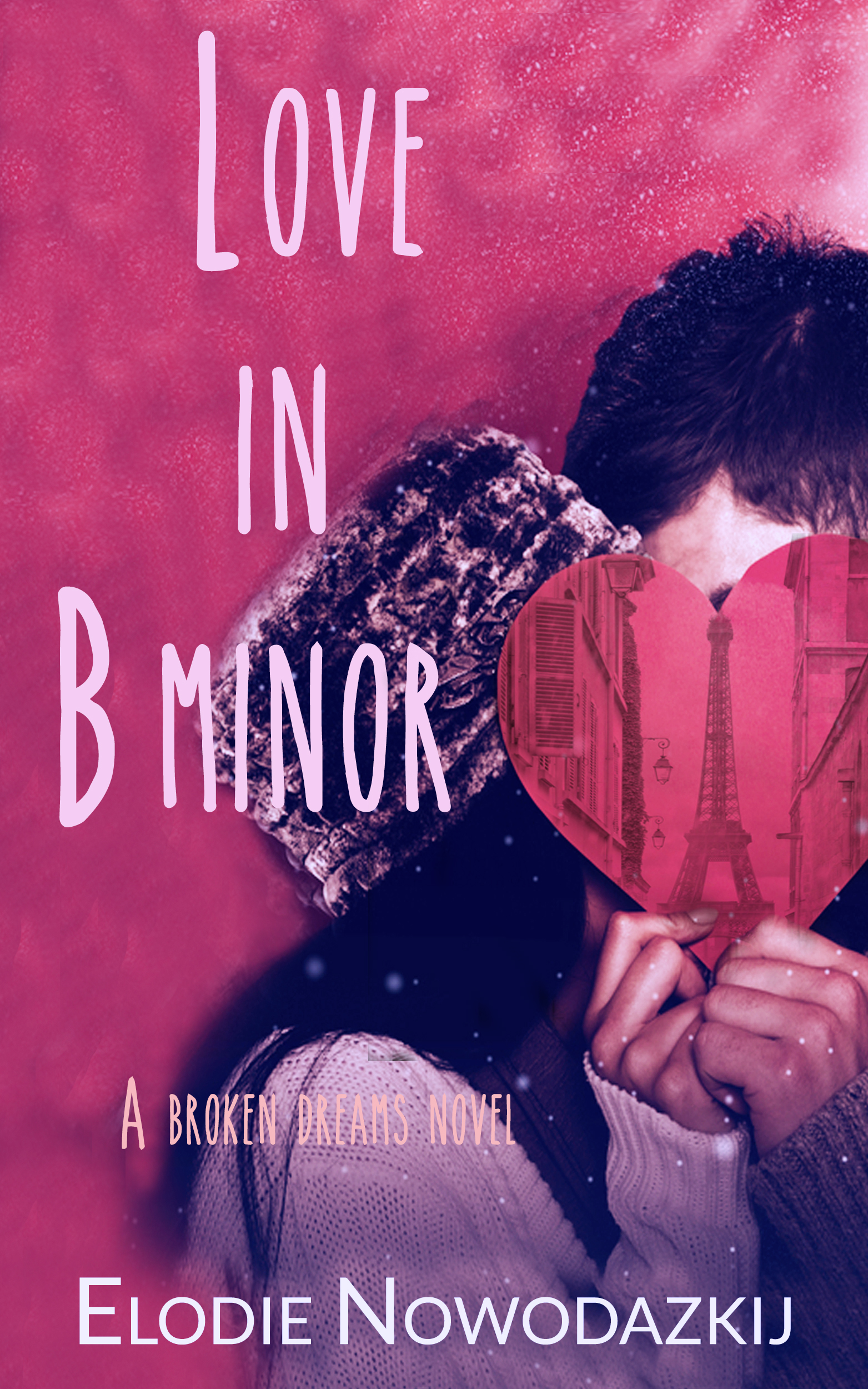 No promises. No fake tomorrows. That was the plan.

New city. New life. At least, that's what nineteen-year-old Jen Harrison believes. On the surface, she's living her dream: dancing in a prestigious dance company in Paris. But her sister's death and the mistakes she's tried to bury haunt her. She's become a pro at hiding who she truly is, and she definitely doesn't want a guy to derail her, but a one night-stand she can do. Nothing more. She definitely doesn't plan to see the sexy stranger who made her laugh for the first time in years ever again.

Girls don't walk away from Lucas Wills. Bad boy turned rock star, he's got his share of groupies. Always upfront, he doesn't promise fake tomorrows because love can destroy everything. Been there, done that. His ex not only lied to him, she stomped on his heart, used him to become famous, and almost ruined him. So, waking up alone after a night beyond his wildest imagination with a girl he just met shouldn't upset him, shouldn't inspire one of the saddest songs he's ever written, shouldn't make him want to chase after her.

When Jen, the one-night stand who got away, auditions to be a dancer in Lucas' next music video, they can't stop their growing attraction. But Jen's secrets and his ex could shatter the careers they tried so hard to build and their hearts...they will have to decide what's more important and if love is worth the fight.

Love in B Minor is the third standalone novel in Elodie Nowodazkij's Broken Dreams series.


LOVE IN B MINOR was ranked 4000 in all Kindle books the day after its release. It has received many positive reviews within the first 2 weeks of its release.


Kneeing a guy in the balls might not be the best idea.

And not because the guy in question is one of those up and coming actors everyone says will be the next Leonardo DiCaprio, but because I don’t want my friend Alisha to get in trouble. This club is new in Paris, but is already considered to be the “it” club. It’s full of important people, and Alisha begged her cousin every single day for the past three weeks to find a way to get us in. He’s DJ-ing and his music is the only part of this evening that doesn’t suck.

“I think Scorsese is going to ask me to play the main role in his next movie. He needs a hero who speaks French. Hello? I’m French.” His voice is way too close to my ear and I scoot away. But he doesn’t get it. “I’ve got to ask for my friend over there.” He points to someone who could be a doppelganger of Justin Bieber. “Do you have another friend or a sister maybe? He’s feeling lonely.”

My heart tightens and my eyes lock on the bottles lined up behind the bar. But concentrating on their bright colors or on the way the bartender manages to pour four drinks at once doesn’t stop the pain from nesting itself deep in my chest.

I had a sister.