Growing up can be difficult 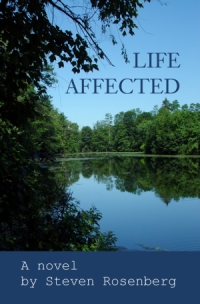 Growing up can be difficult, and when your parents take you away from your friends and all that is familiar, growing up slides a little closer to impossible. For Douglas Hobart, age ten, son of a hardworking but sometimes enigmatic father and an emotionally fragile mother, growing up took a turn towards the impossible when his family moved to the rural suburbs of Montvale, Maryland. Through the eyes of Douglas, each of the four Hobart children reacts in their own way to the uprooting and the sprawling effects thereafter. With a free-spirited older sister, an attention starved younger brother, and one more little brother “baking in the oven”, Douglas embarks on a journey of self-discovery and emotional evolution. When the worst possible tragedy befalls the Hobart family, the children go their separate ways, both emotionally and physically. Douglas finally frees himself from the tragic associations of Montvale by attending a small western Pennsylvania college, where an affable theatre student, two Swedish lesbians, a wealthy but rebellious New York debutante, and an increasingly unhealthy relationship with his sister send him hurdling in unforeseen directions. In the end, a great many lives have been affected in ways that could not be predicted, and in Douglas’ mind, it all started with the family move.


Book sales have been good, especially on the Kindle. Print sales have also been good. Less sales on other e-reader platforms like Nook, Sony, and iBooks.


After the fall the boy slowly picked himself up from the dirt floor, instantly noticing the tenderness in his ankle. He tilted his head back and looked up at the front door; although it was about six feet above his head, it might as well have been a mile. Jumping, stretching his arms upward, he only managed to loosen a clod of dirt from the wall a couple feet below the rim of the trench. The dirt clod fell with a mild thump, quickly disintegrating and assimilating with the rest of the dirt on the ground. Not wanting his brother or his brother’s friend to hear him, the boy began to walk gingerly—his ankle tightening with each step—around the trench that circled the house, looking for a spot that might be a couple of feet or so lower. Had the owners opted for a basement whose door opened to the outside, the young boy would have found lower ground in the rear, but instead they decided on a skylight for the master bedroom—they were on a strict budget and choices had to be made. He continued to orbit the foundation, looking for a rock or any sort of construction detritus to boost his jump; or an abnormality in the smooth dirt wall that would serve as a step.

Above ground, the two older boys had doused their two-by-fours with gasoline and were conducting a fiery duel. The gasoline that managed to miss the boys’ wood swords meandered slowly, but purposefully, across the home’s ground floor, beginning to permeate the floorboards beneath the boys.

The boy, now back in the front of the foundation, stood the fallen plank—which should have still bridged the gap to the house—upright in the trench, hoping to climb its splintery surface. He tried, and tried, but only accomplished badly scraping his hands. He thought about yelling out to his brother. “Hey! I’m stuck. Please help me out of here.” No, the boy thought, he would kill me if he knew I followed him here.